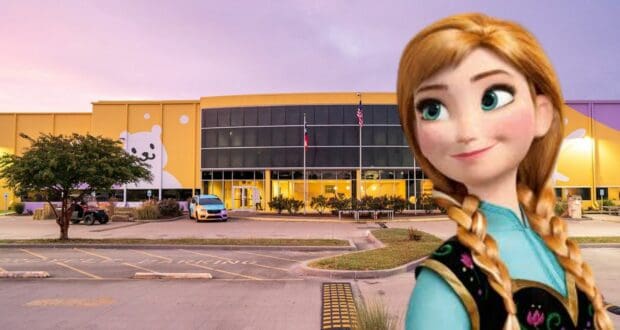 Princess Anna opens a diaper factory in the Lone Star State. No, we aren’t kidding.

How’s that for one of the craziest headlines you’ve ever read?

It might sound crazy, but it’s true: Princess Anna (well, her alter ego, Kristen Bell) from Disney’s Frozen just celebrated the opening of a brand-new 312,000 square-foot factory in Waco, Texas, for her company, Hello Bello. 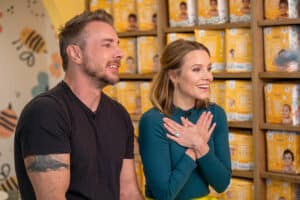 RELATED: Queen Elsa and Princess Anna’s best snowman buddy gets his own show on Disney+ 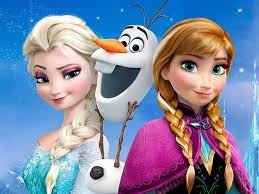 Hello Bello, which Bell owns with her husband Dax Shepard, first began in 2019, but it has grown exponentially since then, that the couple had to come up with a bigger place at which to make all those diapers!

“We literally were overwhelmed when we pulled up,” Shepard told reporters at the event, per PEOPLE.com.

The factory’s opening on Tuesday of this week makes Princess Anna’s diaper brand the only independent diaper company in the United States to make its own diapers. The diapers are manufactured on equipment that boasts “no waste,” and these machines are fast. They roll out 800 diapers every 60 seconds! The bright and cheery designs on the walls inside the factory are the work of Kristen Bell herself, and a creative agency called “Brains on Fire,” at which her husband, Dax, has several friends, helped to bring the designs to life. And, of course, since it’s Waco, Texas, there was even a little magic brought on by Chip and Joanna Gaines from HGTV’s Fixer Upper.

The couple’s company has seen increasing success in the short time it has been open; so much success, in fact, that the products offered by Hello Bello have expanded from just diapers to other things for little ones, like bath products, body care items, sustainable products to use in cleaning, stuffed animals and more. Bell says she and her husband always try out new products on their daughters Lincoln and Delta, who are 8 and 6, respectively. Hello Bello also donates diapers to those in need. According to Bell, the need for diapers has increased by more than 500% during the coronavirus pandemic. The company has its own diaper donations project, which annually supplies 104 families with free diapers for a year. She says if it were up to her, they’d have nothing.

“We’d manufacture it and give it all away,” she explained. “I’d give everything away if I could.”