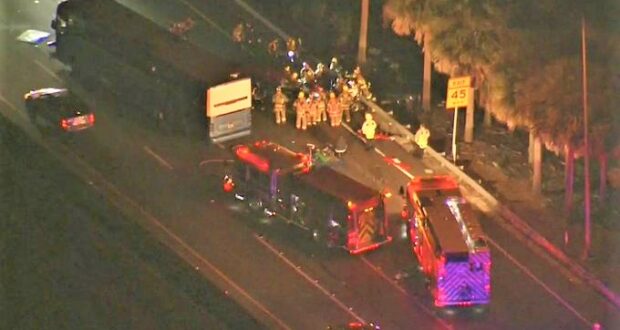 One killed, 3 injured, including children, in crash involving a tour bus near Walt Disney World

According to Florida Highway Patrol officers, a 30-year-old man from Orlando lost his life when his Chevrolet Tahoe became disabled in the right lane of southbound State Road 417. The man exited the vehicle in an attempt to push the vehicle out of the roadway while three passengers–a woman and two young children–remained in the vehicle.

Florida Highway Patrol officers explained that a tour bus with only the driver on board was also traveling southbound in the right lane of SR-417 when it struck the back of the Tahoe, killing the man and pushing the vehicle into the guardrail with the woman and two children still inside. 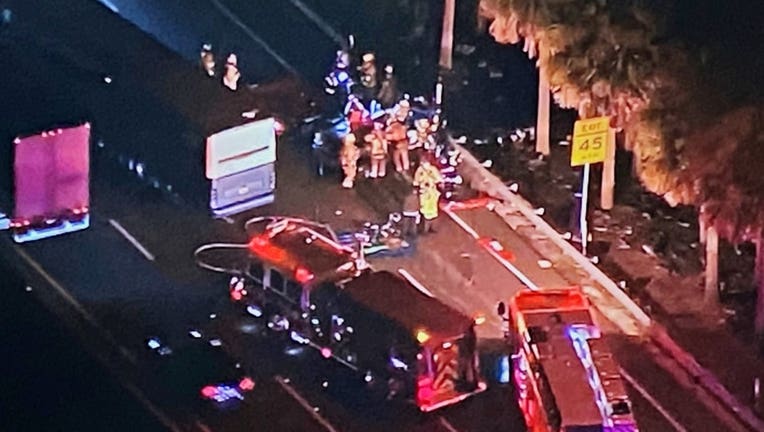 Troopers said the accident took place at mile marker 6 near International Drive along State Road 417 just before 6:00 a.m. this morning. The crash caused the closure of southbound SR-417 at John Young Parkway as firefighters and other first responders worked to free the woman and children from the Tahoe. Traffic was diverted to Osceola Parkway.

Fire Fighters are actively trying to remove a passenger from this truck. Thank you to our first responders for EVERYTHING you do…
SB SR-417 x 6MM
– Delays southbound pic.twitter.com/KG4vWFz344

The man who had exited the vehicle was pronounced deceased at the scene of the crash.

RELATED: Trip to Disney World to celebrate the 50th anniversary ends in horrible tragedy for this North Carolina family

The 28-year-old woman and the two small children, boys ages 3 and 4, were rescued from the vehicle by firefighters. Both children were secured in their child safety seats at the time of the crash.

The three passengers were taken to Orlando Health and Arnold Palmer Hospital. All three are listed in stable condition, according to FOX 35 Orlando. The driver of the tour bus, a 56-year-old woman from Kissimmee was not injured in the crash. The investigation into the crash is ongoing.

State Road 417 was reopened before 10:00 a.m. according to Florida Highway Patrol troopers.