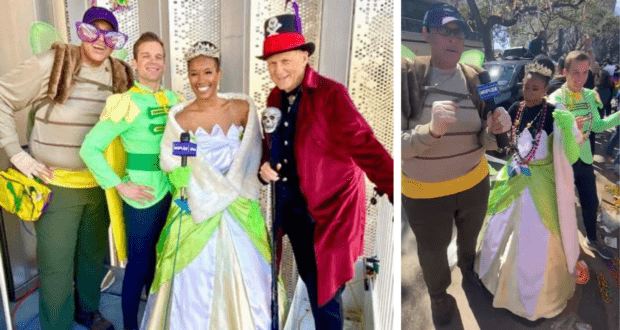 Not unlike those employees who dress like Santa or elves when they are scheduled to work on Christmas Day, the news team at WWL-TV, a CBS News affiliate in New Orleans, Louisiana, dressed up for Mardi Gras. And who would they dress up as for Mardi Gras, you might ask? 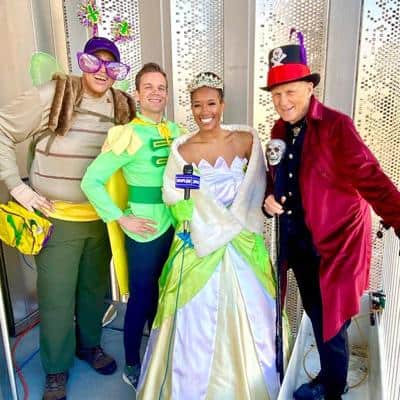 And they can dance too! Here they are along the parade route, moving and grooving to music being played as the floats go by.

But wait; there’s more! Another trio from the WWL-TV team got into the Mardi Gras spirit by dressing up also. Each member of this team dressed up in the likeness of a Marvel character. They are the Eyewitness News Avengers for the Mardi Gras celebration: Charisse Gibson, Katie Moore, and John Franklin.

Devin Bartolotta and WWL-TV Meteorologist Michelle Morgan didn’t go for the usual character dress-up; instead, they opted to create costumes that look like floats. Tandem floats, that is. And they can sing! Here they are singing Britney’s Spears’ “Oops! I Did it Again!”

Another pair from the WWL-TV news team who participated in Mardi Gras coverage went for AFC Richmond’s Head Coach and Owner, Ted Lasso and Rebecca Welton from the Apple TV+ series, Ted Lasso. 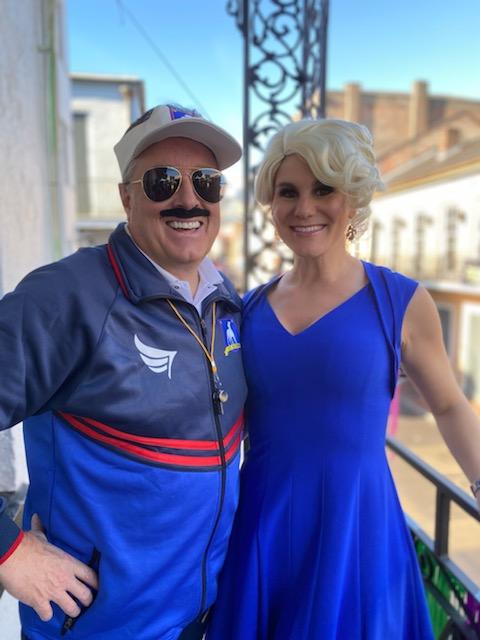 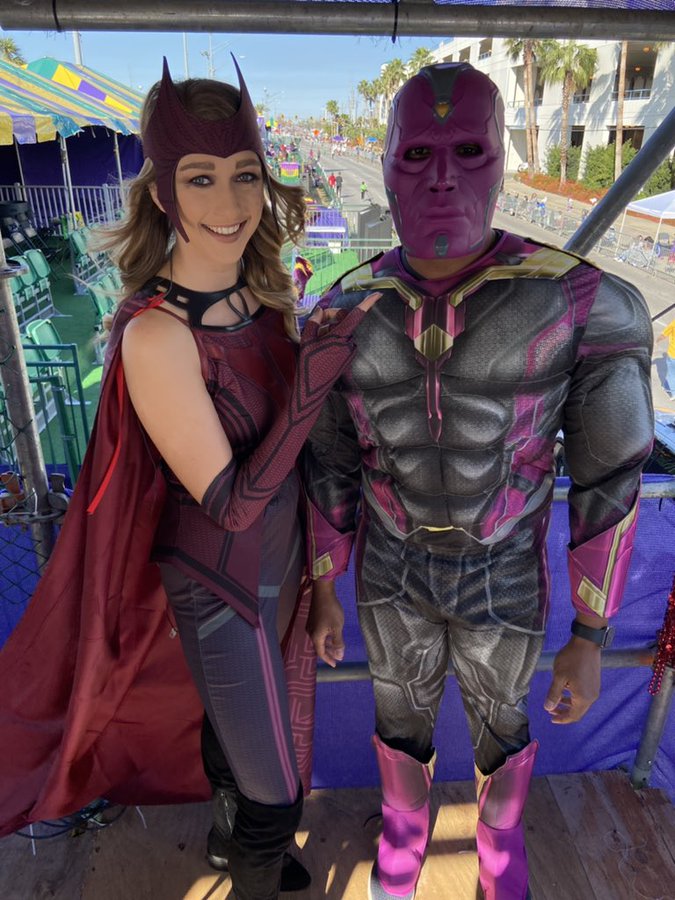 It looks like a good time was had by all–so much so, that we’re thinking next year, we’ll just get our news from the WWL-TV news team in New Orleans!