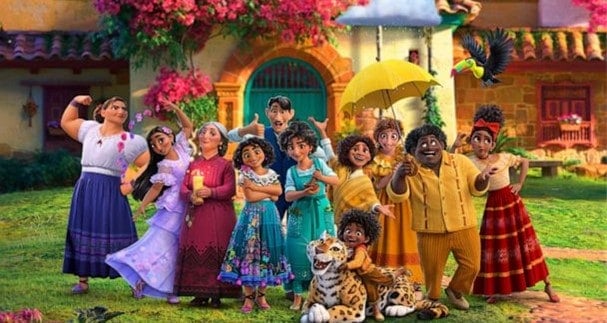 Exciting news! Disney has released a brand new trailer for their newest animated film, “Encanto”. While we’ve seen a teaser trailer, this one gives insight into the story plot which looks like it will be full of twists and turns!

As shared by Walt Disney Animation Studios: “This November, find your magic. Watch the brand-new trailer for Disney’s Encanto, coming to theaters this Thanksgiving. Walt Disney Animation Studios’ upcoming feature film “Encanto” tells the tale of the Madrigals, an extraordinary family who live in a wondrous, charmed place called an Encanto. Each child has been blessed with a magic gift unique to them—each child except Mirabel. But when the family’s home is threatened, Mirabel may be their only hope.” Check out the new Encanto trailer below!

What do you think of Disney’s Encanto trailer? We will definitely be making plans to watch this movie in theaters! Mark those calendars, as you can plan to see Walt Disney Animation Studios’ “Encanto” land in theaters on November 24, 2021.

disney movie encanto magical family official trailer walt disney animation studios 2021-09-29
Jamie Sylvester
Previous: Tips for Visiting Disney World in an RV
Next: IT’S NOT TRUE! We’re busting up an age-old myth about one of Disney’s most iconic figures once and for all (hopefully)