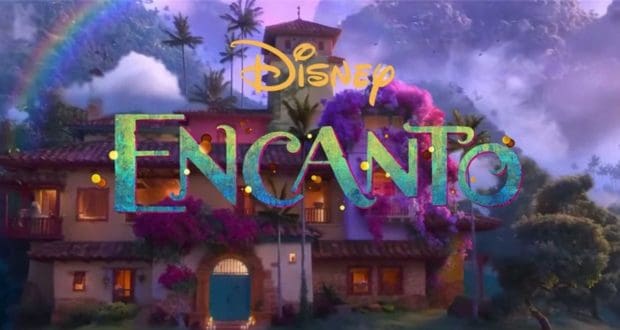 Walt Disney Animation Studios has dropped the first teaser trailer for Disney’s newest animated film, “Encanto” – and we’re intrigued! This newbie won’t be arriving until November but with this new trailer, we’re left eager to know and see more about the film.

As shared by Disney: “You’re invited into the exceptional, fantastical and magical Casa Madrigal. Watch the new trailer for Disney’s Encanto now! See the movie this November. Walt Disney Animation Studios’ “Encanto,” is the tale of an extraordinary family, the Madrigals, who live hidden in the mountains of Colombia in a magical house, in a vibrant town, in a wondrous, charmed place called an Encanto. The all-new original film features the voice of Stephanie Beatriz as Mirabel, an ordinary 15-year-old who’s struggling to find her place in her family. “Mirabel is a really funny, loving character who also deeply yearns for something more,” says Beatriz. “She’s also not afraid to stand up for what she knows is right—something I love and relate to very much.”

What do you think of Disney’s first Encanto trailer? Will you be making plans to watch this one in November? Mark those calendars! We can expect to see Encanto land in theaters on November 24, 2021.