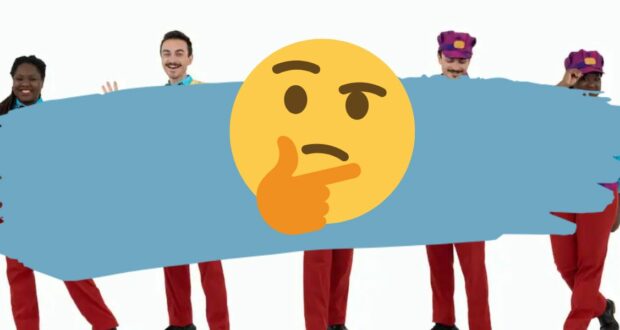 Love Them or Hate Them? New Disney Cast Member Costumes Get Mixed Reviews

Disney has revealed new colorful costumes coming soon to Disneyland Resort for its newest attraction. But… it seems like social media has mixed reviews.

With the attraction opening on January 27, 2023, Disney has unveiled the new look we can expect to see on the Cast Members working the new attraction.

@ScottGustin took to social media to share the following photos along with, “Disneyland Cast Members working at Mickey & Minnie’s Runaway Railway will wear “trainsformable” costumes with reversible styles. The costumes also include hidden Mickeys and nods to the attraction.”

The pants remain the standard bright red, but here’s another look at the reversible vests and jackets:

Many social media comments point out how great it is that the costumes are reversible, so the Cast Member has uniform options while working the new attraction. Additionally, the bright colors will surely be easy to spot in the new refurbished Mickey’s Toontown portion of Disneyland Park.

Others compare the new reveal to “old five and dime costumes.” Some joke the costumes would be perfect for a “Joker movie” or that they resemble the old “choo-choo soul” video. Another comment suggests they resemble something Universal would have in its new Super Nintendo World land.

Regardless if you love them or hate them, these costumes will soon be spotted as Mickey & Minnie’s Runaway Railway opens on January 27, 2023. Disney’s description of the Disneyland ride includes:

Off the Rails: Step into the whimsical universe of a Mickey Mouse short and hitch a ride on Engineer Goofy’s train. What could possibly go wrong?

Cue hilarious hijinks! A relaxing train ride suddenly turns into a zany, free-ranging romp through ever-changing and rearranging cartoon scenes. You’ll quickly learn that anything can happen in this out-of-control animated world.

But don’t worry, with friends like Mickey Mouse and Minnie Mouse, you’re bound to get back on track. All aboard!

We will continue to keep Disney Dining readers updated as we look forward to experiencing Mickey and Minnie’s Runaway Railway at Disneyland Park at the end of the month.