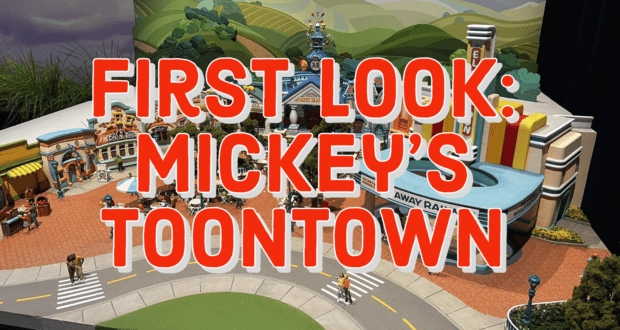 Earlier this year, Mickey’s Toontown at Disneyland closed for its long-awaited reimagining. The revamped area will feature a clone of Hollywood Studios Mickey and Minnie’s Runaway Railway, as well as places for young children to play.

At the IAAPA Expo earlier this year, when the project was announced, Chairman of Disney Parks, Experiences, and Products Josh D’Amaro said, “The newly reimagined Mickey’s Toontown will be a welcoming place where families and younger guests can connect and play together in fun new ways. Focusing on today’s families with young children, Mickey’s Toontown will feature new play experiences, as well as open, grassy play spaces for everyone to unplug. The land will have landscaping for both spontaneous family play and parental relaxation.”

Today at D23 Expo 2022, we got a first look at what these new spaces will look like, and it’s even better than we initially thought. The above image is the “blue sky” drawing (an artist’s rendering of a design concept, not meant to be taken literally). The models below feature what the newly imagined area will actually look like once completed in early 2023.

Mickey and Minnie’s Runaway Railway will be the centerpiece of the area. The styling of the building is different but along the same idea as the Hollywood Studios version. At Hollywood Studios, the ride is housed inside of a replica of the TLC Chinese Theater, a famous cinema in Hollywood. At Disneyland, they’ve run with that idea with a fun twist- instead of the famous El Capitan theater, it’s the El CapiTOON! The inside will be an exact clone of Walt Disney World’s ride. 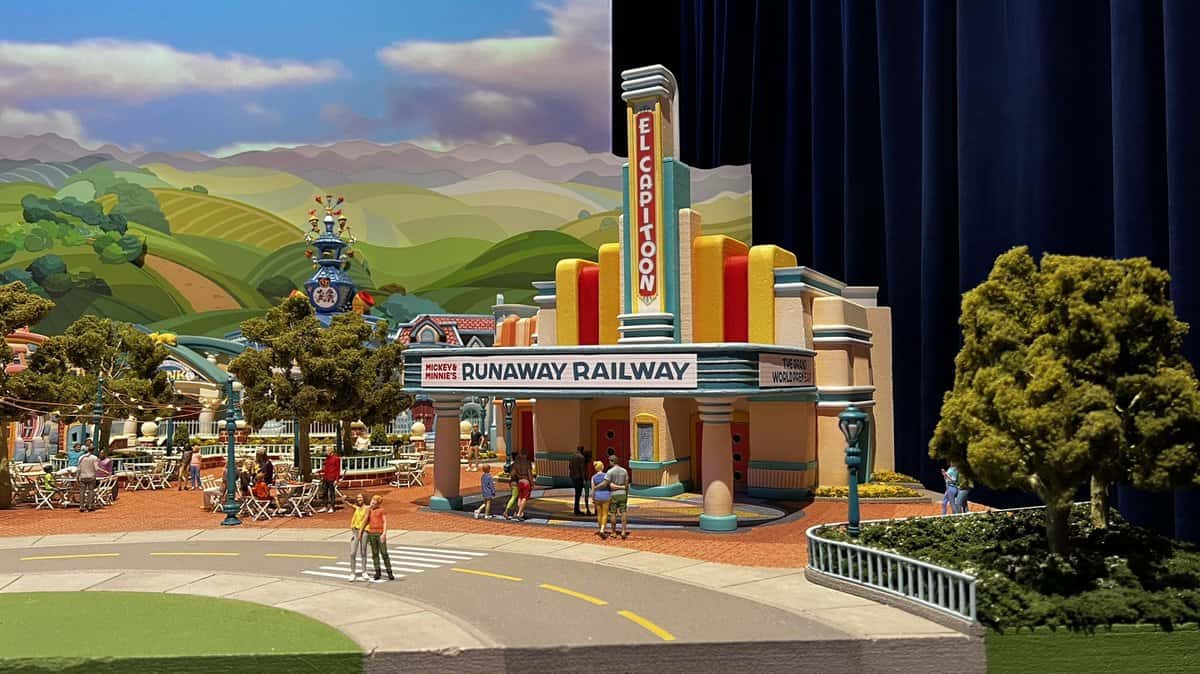 The area will retain its “town” feel with street fronts, sidewalks, and building facades. Much of what guests love here will remain the same. However, Daisy’s Diner will become Cafe Daisy’s Cafe.

As promised, more green spaces will debut in the area giving children who have been stuck in strollers all day a chance to run around and burn off some pent-up energy while parents have an opportunity to slow down and enjoy. 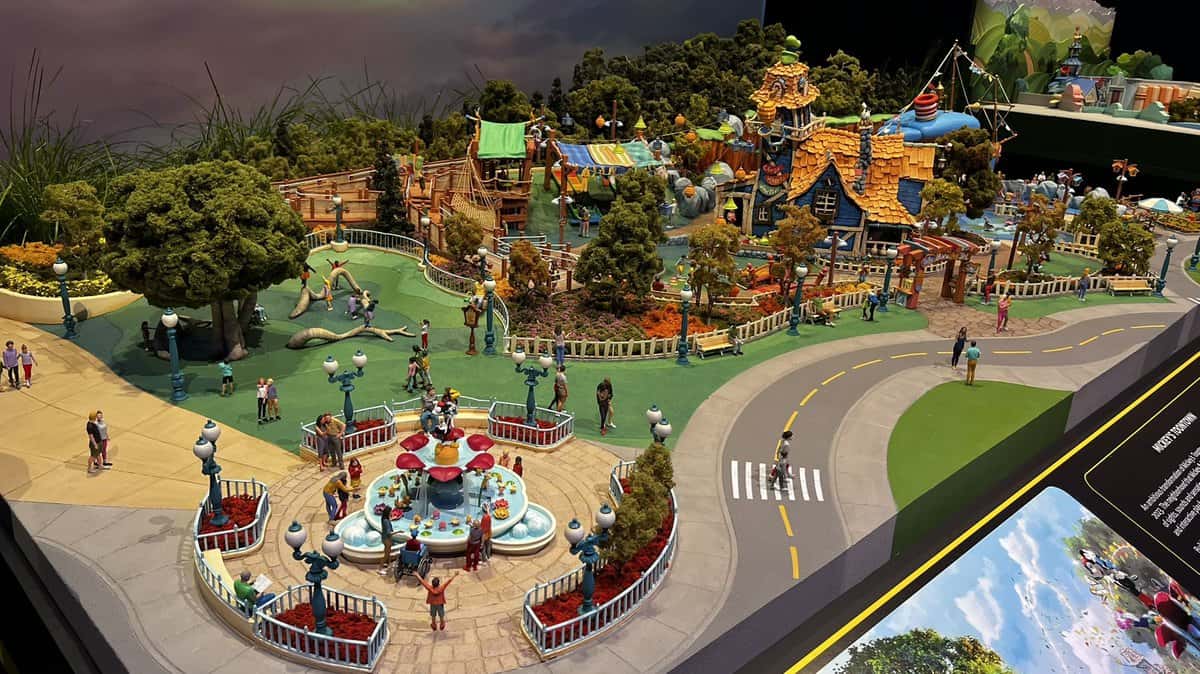 What do you think of these sneak peeks? Are you as excited as we are? This is only the beginning. Stay tuned right here all weekend long for live coverage of D23 Expo 2022!