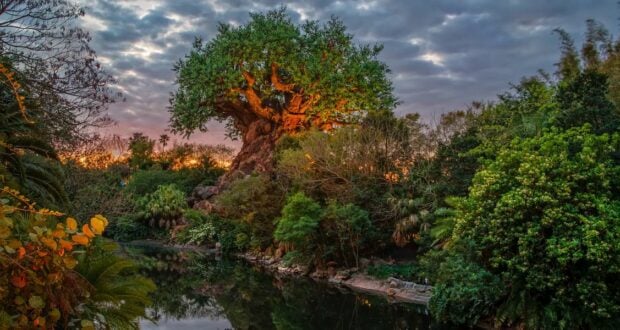 RELATED: No Fireworks at Disney’s Animal Kingdom? THIS Is the Solution

While fireworks are not allowed at Disney’s Animal Kingdom due to hundreds of animals calling the theme park home, the Park has tried to find ways to appeal to the nighttime crowds.

If traveling through Pandora – The World of Avatar at night, the land glows with bioluminescent lighting for a unique nighttime experience in the Park. Additionally, Disney introduced Tree of Life Awakenings, which offers beautiful nighttime projections timed with music on the iconic Tree of Life.

Now, Disney fans will be able to experience a new nighttime show sequence on the Tree of Life.

@ScottGustin took to social media to report, “NEW: Beginning Dec. 12, the Tree of Life at Animal Kingdom “will awaken in the evenings with an all-new experience inspired by Pandora – The World of Avatar and the film, “Avatar: The Way of Water.”

Disney additionally states, “Produced by Lightstorm Entertainment in collaboration with Disney Live Entertainment, this new story sequence illuminates the park’s iconic Tree of Life with the magic of nature.”

Check out the brief sneak peek video and images in the tweet below:

Avatar (2009) is the highest-grossing film of all time, so it’s no surprise that Disney is thrilled to FINALLY release Avatar 2: The Way of Water.

Years after the first film, Disney is going big to welcome Avatar 2 at Disney’s Animal Kingdom in promotion of the film’s theatrical release on Friday, December 16, 2022.

Not only will the new Avatar-themed show light up the Tree of Life, but the film’s Director, James Cameron, has even hinted at additional Avatar 2-themed experiences coming to Disney’s Animal Kingdom. Currently, the Park holds the banshee flying experience called Avatar Flight of Passage as well as the calming boat ride attraction, Na’vi River Journey.

Sounds like its time for another Disney vacation! Be sure to check out the new Avatar-themed nighttime show at Disney’s Animal Kingdom Park beginning Monday, December 12, 2022.