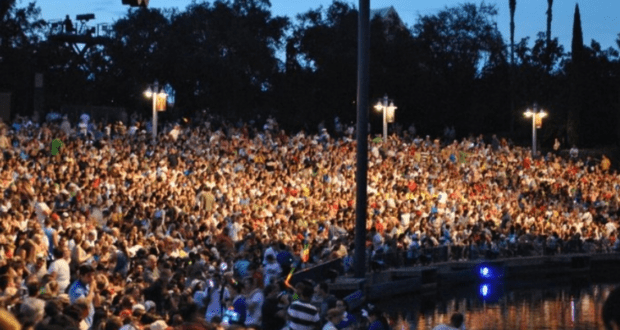 Fantasmic has returned to Disney’s Hollywood Studios and it is just as amazing as ever! It is also much more popular than Disney officials seemed to anticipate. On its reopening day, people lined up for 12 hours to be among the first to see the show once again. Reports of lines stretching all the way down Sunset Blvd. abounded and it seems as though demand for the bored stage production has not slacked off. 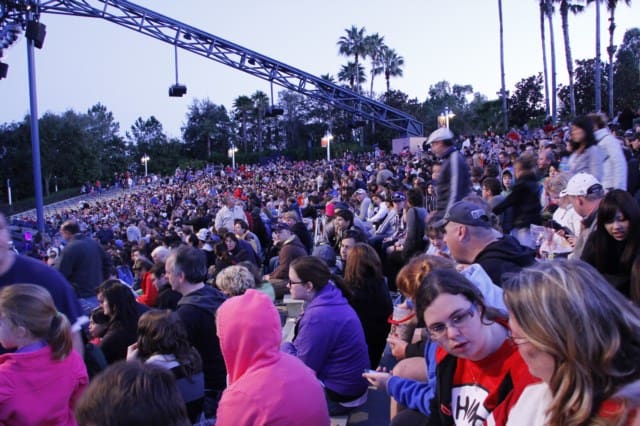 Fantasmic!, which traditionally has had one showing per night, has included an extra showtime during the first few nights of its return. Tonight was supposed to begin regular operations by cutting the performances down to one 8:00 pm show per night. However, it seems that Disney has decided Fantasmic’s incredible popularity warrants an extra showing because a 9:00 pm show has been quietly added to the website. 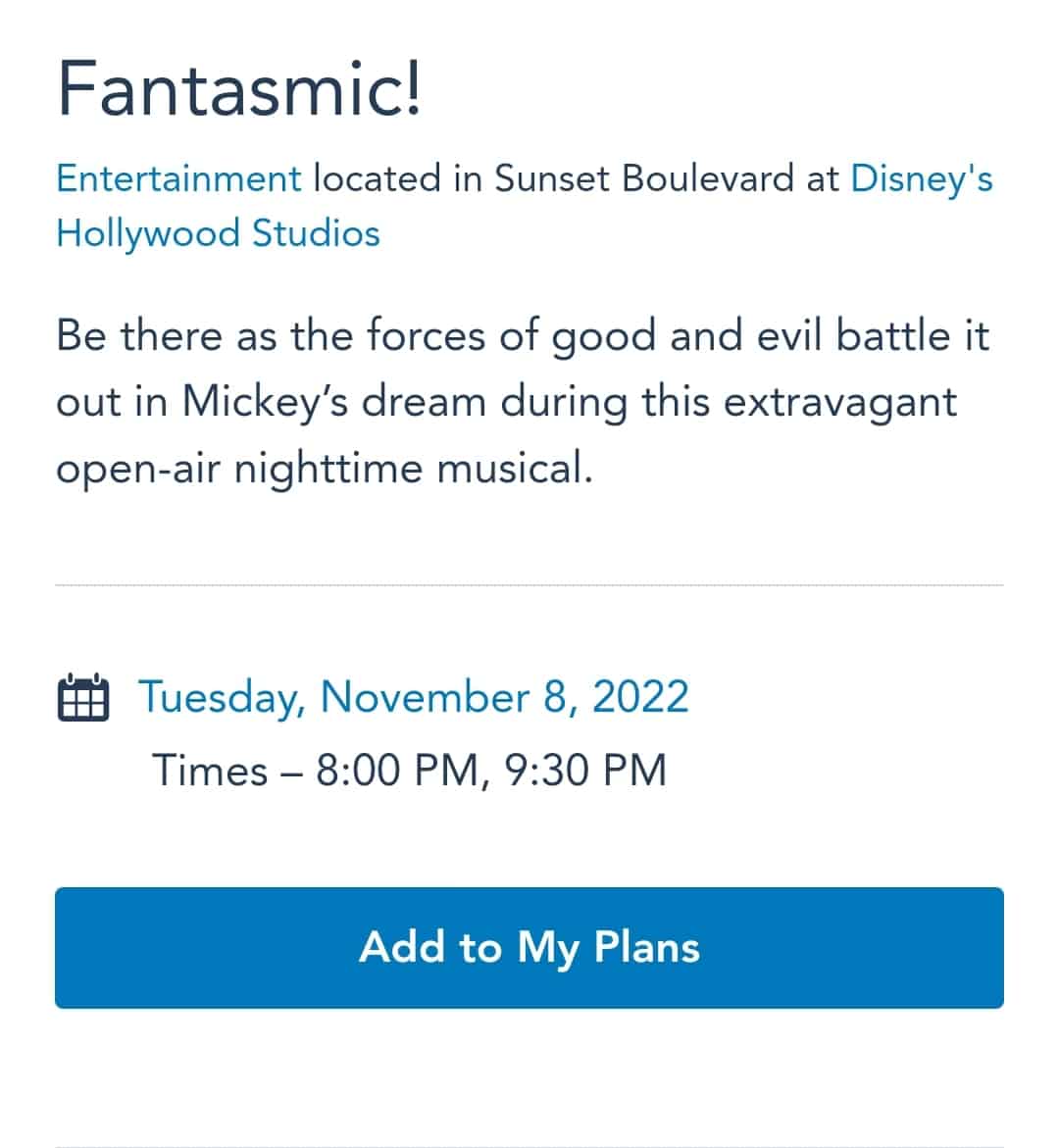 A quick scan of the site shows that after tonight, the show will drop to one showing per day. This is of course, unless tonight’s shows are slammed. If the crowd seems to warrant more times, it is possible Disney will add additional times beyond tonight. We will keep an eye on showtime and update you of any new shows get added in the future. 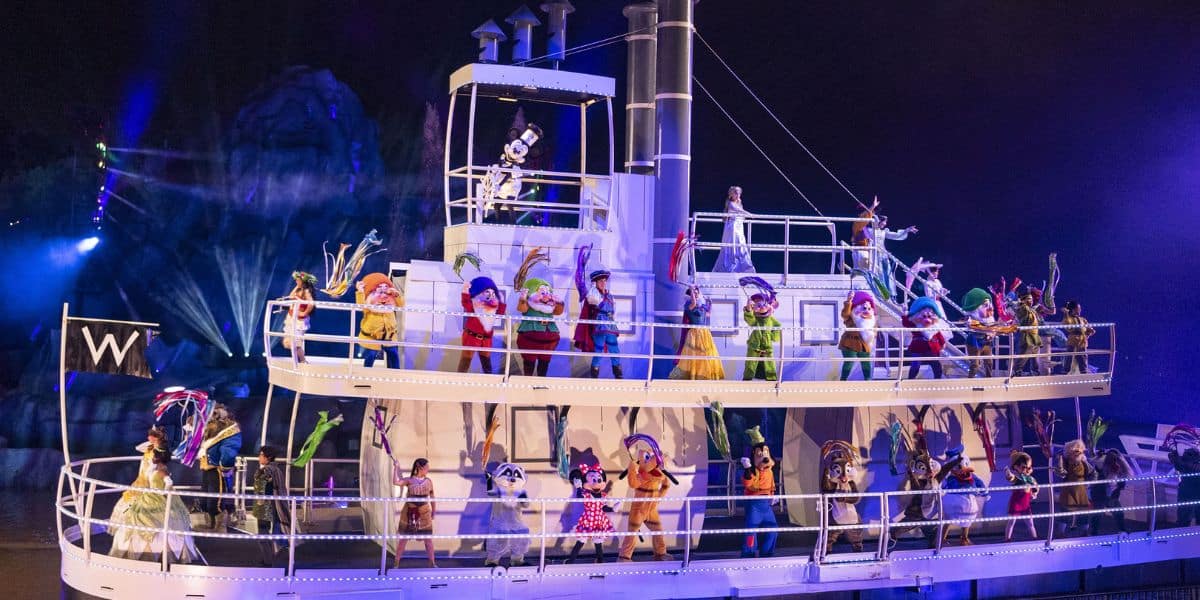 The new show debuted on November 3 and when it did, there was even more to love! Mickey and all of his pals still navigate DreamWorks to do battle with evil forces but gone is the Pocahontas scene. In its place is an action packed Mulan scene and a heroic sequence featuring fan favorites, Elsa, Moana, Aladdin, Pocahontas. These additions truly add something spectacular to the show. 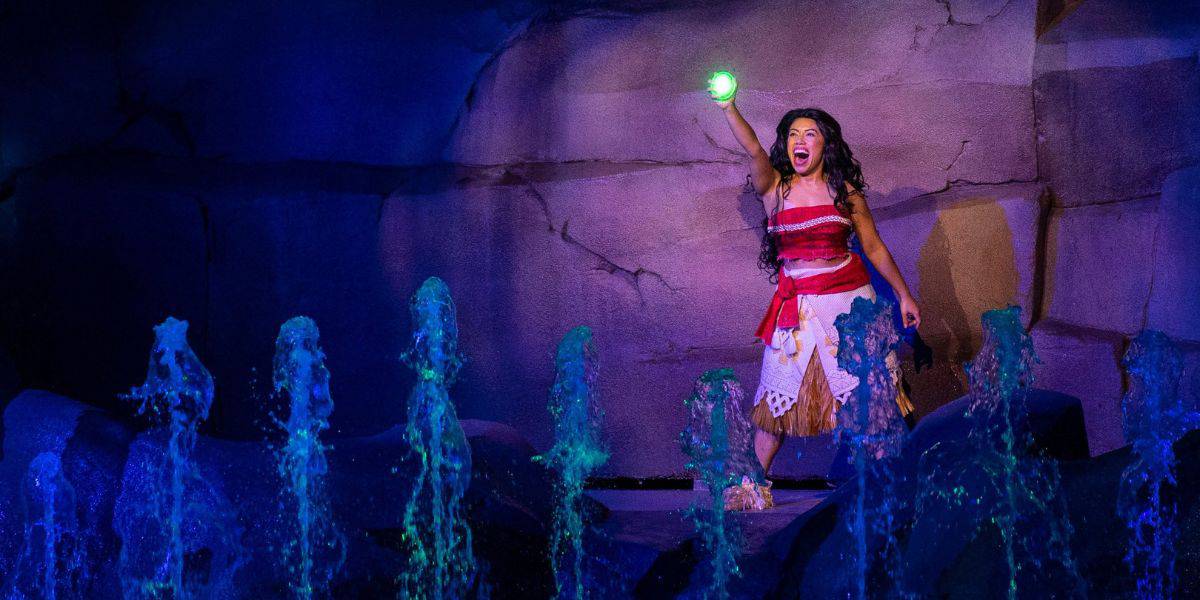 While we hated to see the Fantasmic! go dark for so long following the COVID-19 pandemic, there is a bright spot to be founnd in the shows absence. The long closure allowed for many improvements to take place including an new sound system, seating area refurbishments and refurbishment of all show sets.

If waiting 12 hours to see Fantasmic  isn’t for you, you can always book one of Disney World’s Fantasmic Dining Packages that guarantee seating at the show. Alternatively, guests who have purchased Disney Genie can (usually) get a Lightning Lane for the show, however, currently this is not being offered in the shows’s first days back.