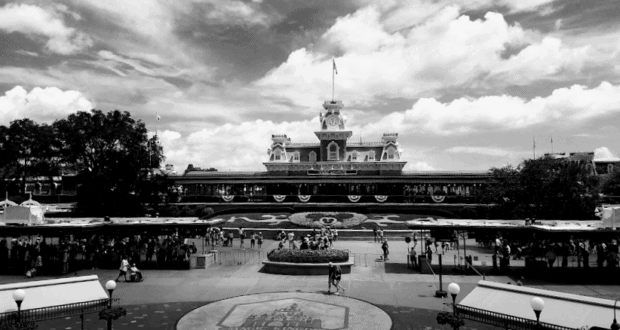 December 3, 2018, will live in infamy for fans of the beloved Walt Disney World Railroad. 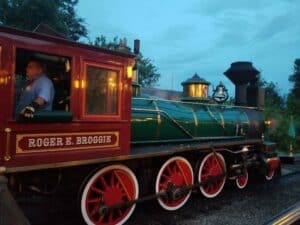 That’s the sad day when all the locomotives stopped. No trains moved along the 1.5-mile track around the Magic Kingdom perimeter.

No more Walter E. Disney. No more Lilly Belle. No more Roger E. Broggie. No more Roy O. Disney. And I distinctly remember reading and being told by Cast Members that the closure could be elongated, but that it was temporary while necessary work was completed on each of the four locomotives. 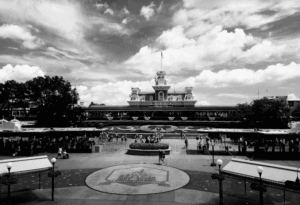 Now it seems that the railroad will never open again. (Well, it feels like that anyway.) After more than 1,000 days with no Walt Disney World Railroad, fans start to think that Disney may be delaying the inevitable–having to tell Guests that the railroad won’t be back.

The Walt Disney World website continues to show the railroad as closed with no available times, but it does encourage Guests to use the non-moving locomotive as a great backdrop for photos at Magic Kingdom.

Each of the four locomotives was built between 1916 and 1928 and is named for someone who had a big part in the magic of Walt Disney World.

Each train consists of one locomotive and 5 train cars and has a passenger capacity of around 365 Guests with room for two wheelchairs. Every one of the Walt Disney World Railroad locomotives has a dry weight of between 51,000 and 67,000 pounds and uses (when in service) 25 gallons of fuel and 200 gallons of water per hour!

While it’s been close to three years since we’ve enjoyed a ride on one of the train cars of the narrow-gauge Disney World Railroad, somehow, I doubt that it will remain closed permanently, not if the parks continue to want to honor Walt’s legacy.

Trains were very important to Walt. He even had one built outside his home–the Carolwood Pacific. 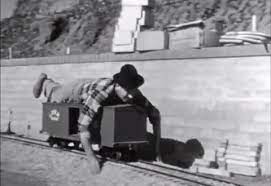 It was Walt’s very own railroad in his backyard–a one-eighth scale railroad with train cars big enough for Walt, his family, and his friends to ride upon.

With no further word from Disney at this time about the future of the railroad, Guests will have to enjoy it from a distance in the parks, through photos and via some of Disney’s YouTube videos that showcase the beauty of the steam locomotives and the three train stations at Magic Kingdom.

We sure miss it. Do you?