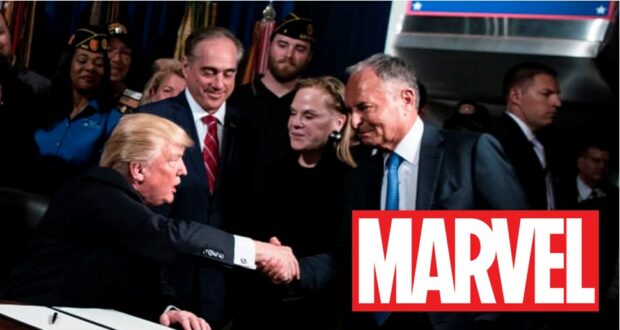 Marvel Entertainment Chairman, Ike Perlmutter, is involved in breaking news today, September 27, as he and others have been accused of breaking the law in Veterans Affairs Scheme under Trump.

As reported by CNN: “House Democrats on Monday (Sept. 27) accused three Donald Trump associates of breaking the law as they used their connection to the former president’s private golf club to shape veterans’ policies for their own benefit. The three associates, known as the “Mar-a-Lago” trio, are billionaire Marvel Entertainment Chairman Ike Perlmutter, attorney Marc Sherman, and doctor Bruce Moskowitz. Trump’s daughter, Ivanka Trump, and her husband, Jared Kushner, were aware of those efforts, the Democrats alleged.”

We will keep you posted as we learn more about this breaking news and any response to the accusation from Marvel Entertainment. To read the full breaking news report, visit CNN.com.