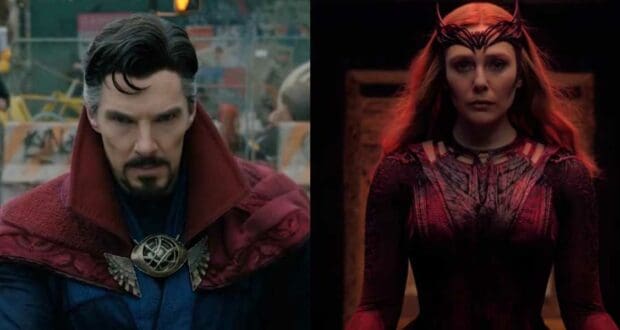 No worries, no spoilers here! With the very recent release of Spider-Man: No Way Home, Marvel’s Doctor Strange (portrayed by actor Benedict Cumberbatch) is among the buzz that surrounds the new film. While of course, Spider-Man (AKA Peter Parker) is the star, Doctor Strange’s involvement was massive in the film which has resulted in a new Marvel movie that we can’t wait to see. Now, Marvel Cinematic Universe has dropped a new trailer for the Doctor Strange film.

What makes the film even more enticing is the involvement of Wanda Maximoff (AKA Scarlet Witch), portrayed by actress Elizabeth Olsen. We were able to learn more about Wanda in the popular Disney+ original series, WandaVision. Now, is she willing to step in and help Doctor Strange?

RELATED: What the Avengers Would Order at Starbucks

Eek! Is that an evil Doctor Strange? We absolutely love Dr. Stephen Strange but must admit, we are extremely excited to see Wanda’s involvement in the film. It’s interesting that during the trailer she mentions WandaVision‘s town of Westview. If you’re Marvel fans like us, chances are you already have May 6th circled on the calendar for a movie theater night!

Do you think the Doctor Strange in the Multiverse of Madness trailer looks good? Let us know in the comments.