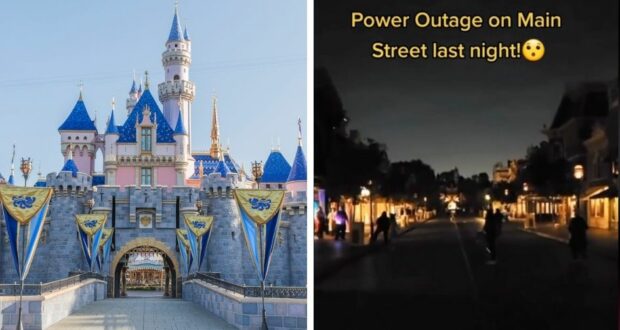 Walking down Main Street, U.S.A. in Disneyland Park is a truly incredible experience — especially at night. The streetlights light your way as you gaze upon Sleeping Beauty Castle in all her glory. Unless you can’t see it because there is a power outage. While things like that don’t happen often, Guests on their way out of Disneyland had the lights go out on them. The outage left Sleeping Beauty Castle almost invisible in the dark.

TikTok user, TheJungleSkipper, and their friends recently visited Disneyland Resort. After a long day in the Parks, they were heading towards the gates. Suddenly, the lights around them went out and TheJungleSkipper was left stunned. He quickly whipped out his camera to film the unusual scene. As you can see in the video below, TheJungleSkipper was not the only one in his group stunned by what they were seeing.

Even though power outages are rare, they do happen. And when they do, Disney relies on their power generators. However, the generators can only go so far. As you can see in the video, some of the streetlights and store areas are lit. Sleeping Beauty Castle, on the other hand, is nearly impossible to see at the other end of Main Street.

At the time this video was taken, it appears as though the theme park is getting ready to close for the evening. There are almost no Guests walking down Main Street, except TheJungleSkipper and his friends. That means that the rides were probably all closed for the evening, so there was no worry about the outage causing Guests to become stranded.

If you are ever at a Disney Park and the power goes out, it is important to remain calm and listen to what the Cast Members have to say. During outages, and especially ones that happen at night, being careful is your number one priority. The Cast Members will instruct you on what to do and how best to keep you safe. Again, power outages are rare, but Disney Cast Members have been trained on what to do in these situations. 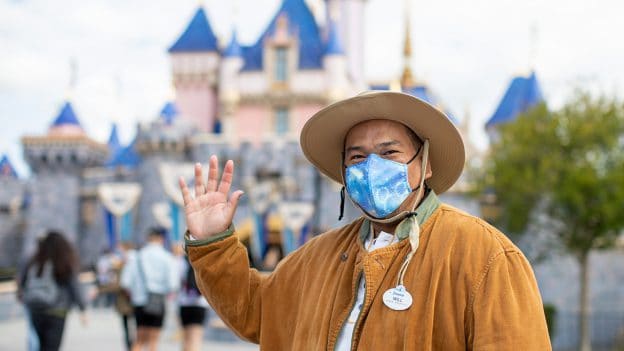 Luckily, it looks like the outage was only a blip on the radar. All Disney attractions were back up and operational — except for those closed for scheduled maintenance. The last big power outage at Disney occurred over the last 4th of July weekend. Disneyland experienced another evening outage that shut down nearly half of the rides at the Resort.