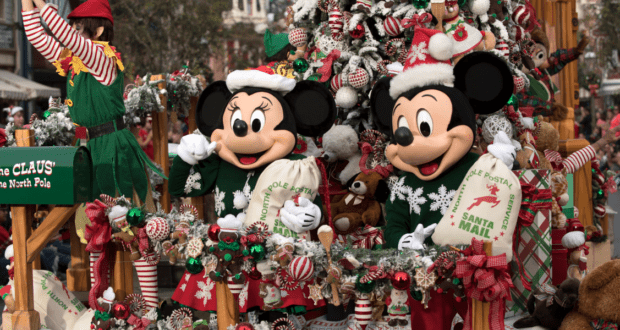 If your family is anything like mine, parades are an important part of your holiday experience. Macy’s is the Thanksgiving Day classic but Christmas Day…that belongs to Disney. The Disney Parks Magical Christmas Day Parade as we know it today has been a part of many holiday traditions since it began in 1983 (though, it began much earlier with Walt Disney as host during his Wonderful World of Disney broadcasts). If you’re headed to Disney World on Christmas day you may be hoping to see the live broadcast for yourself in person. If so I’ve got some bad news, you can’t. Not entirely. 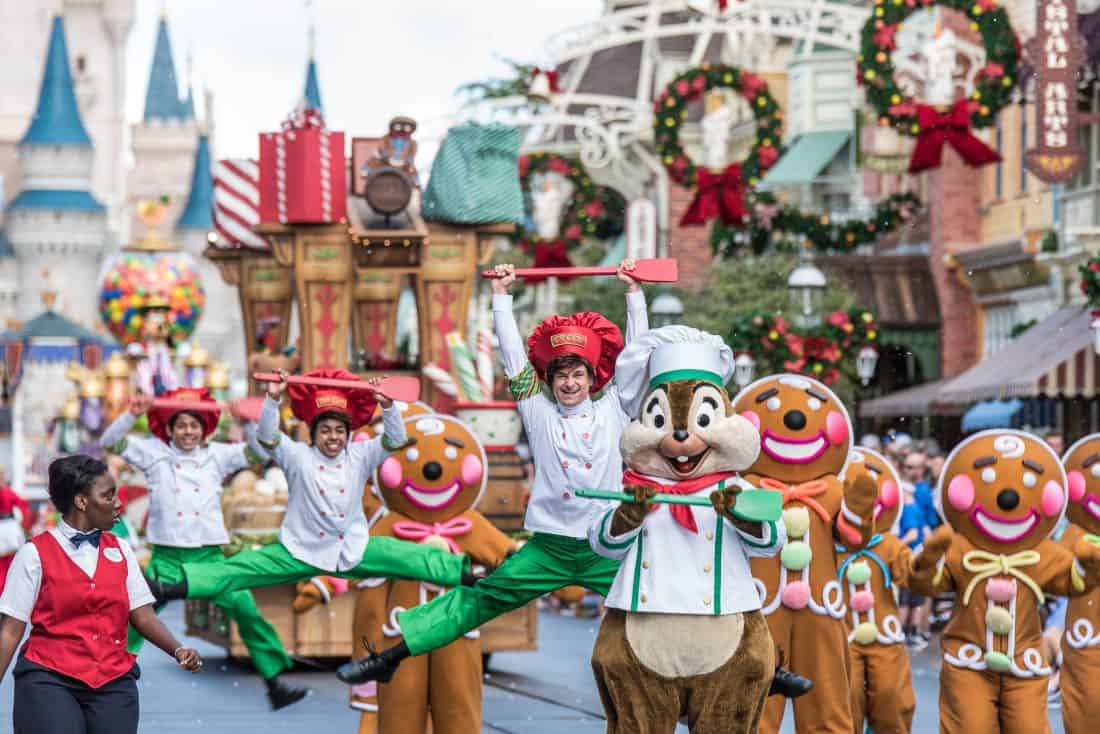 This revelation shocks many Disney Guests because they assume Disney’s Magical Christmas Parade is just like Macy’s Thanksgiving Day Parade which happens live as it airs on TV. Sadly, it does not. Not entirely at least. The Parade in advance about a month before Christmas but those live performances? They don’t happen when the parade is filmed. They’re actually filmed over the course of several days and often in a few different locations.

Would it also surprise you to know that even if you happen to be in the Park on a day they’re filming, it isn’t likely you’ll be one of those faces in the crowd? Disney hand selects people to be in those “audience shots.” Those people are the ones in the immediate stage area. not selected can still look on of course, but you’ll be off to the side with an obstructed view.

How do I know? I’ve done it myself. I just happened to luck out and be in the Park the day many of the on stage shots were being filmed in front of Cinderella Castle. Being curious (and a huge fan of the Parade) I made my way over to try and watch. The photo below is the closest I got. The area around the Castle was ripped off and when I inquired about it a Cast Member told me it was “invitation only.” 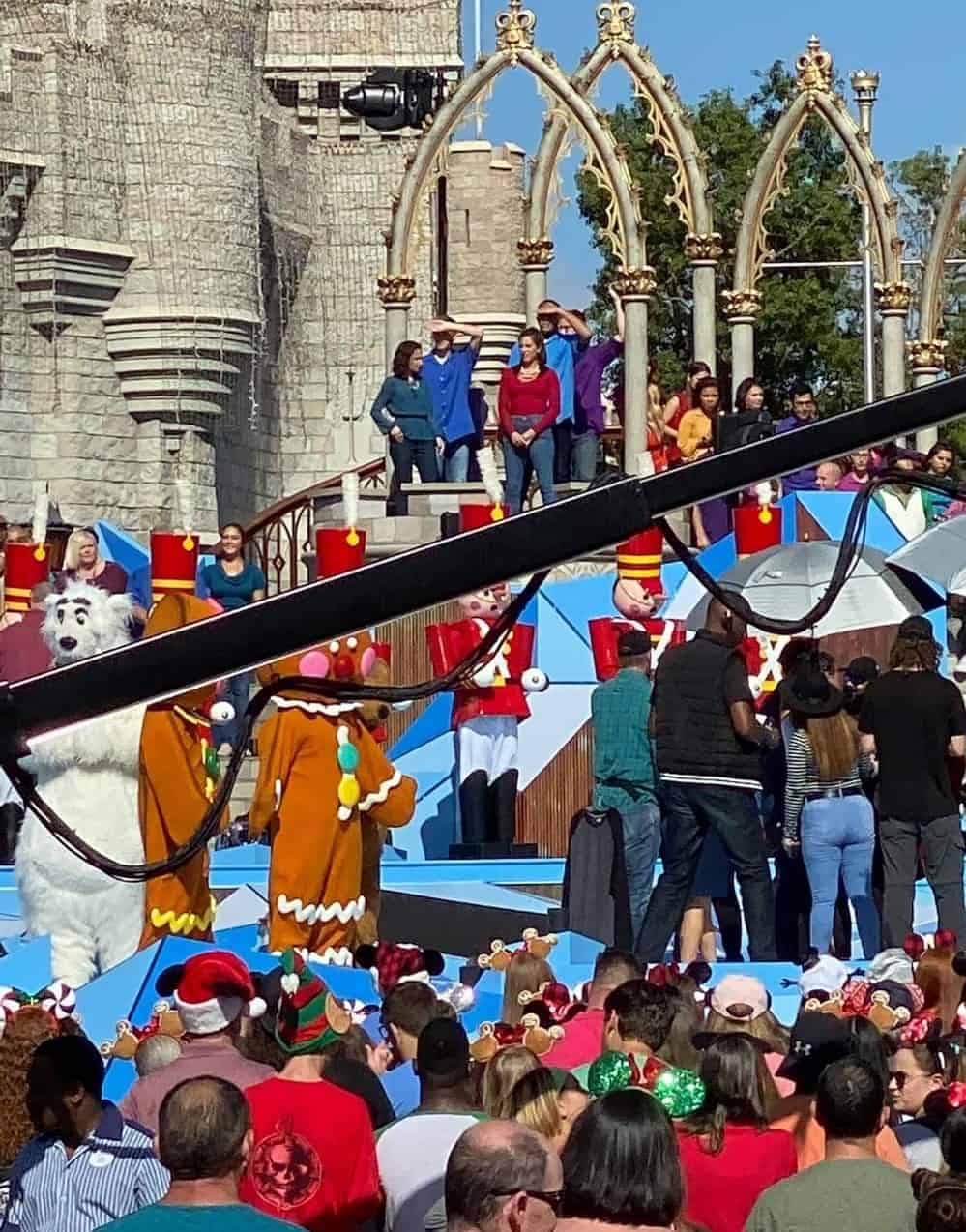 Later, still curious, I asked how one is invited to view the filming up close. A Cast Member working the area told me that many are Cast Members and their families (which we think is actually pretty awesome)! However, regular guests are chosen too and it’s mostly random but there are things you can do to increase your chances. Here are the tips given to me: 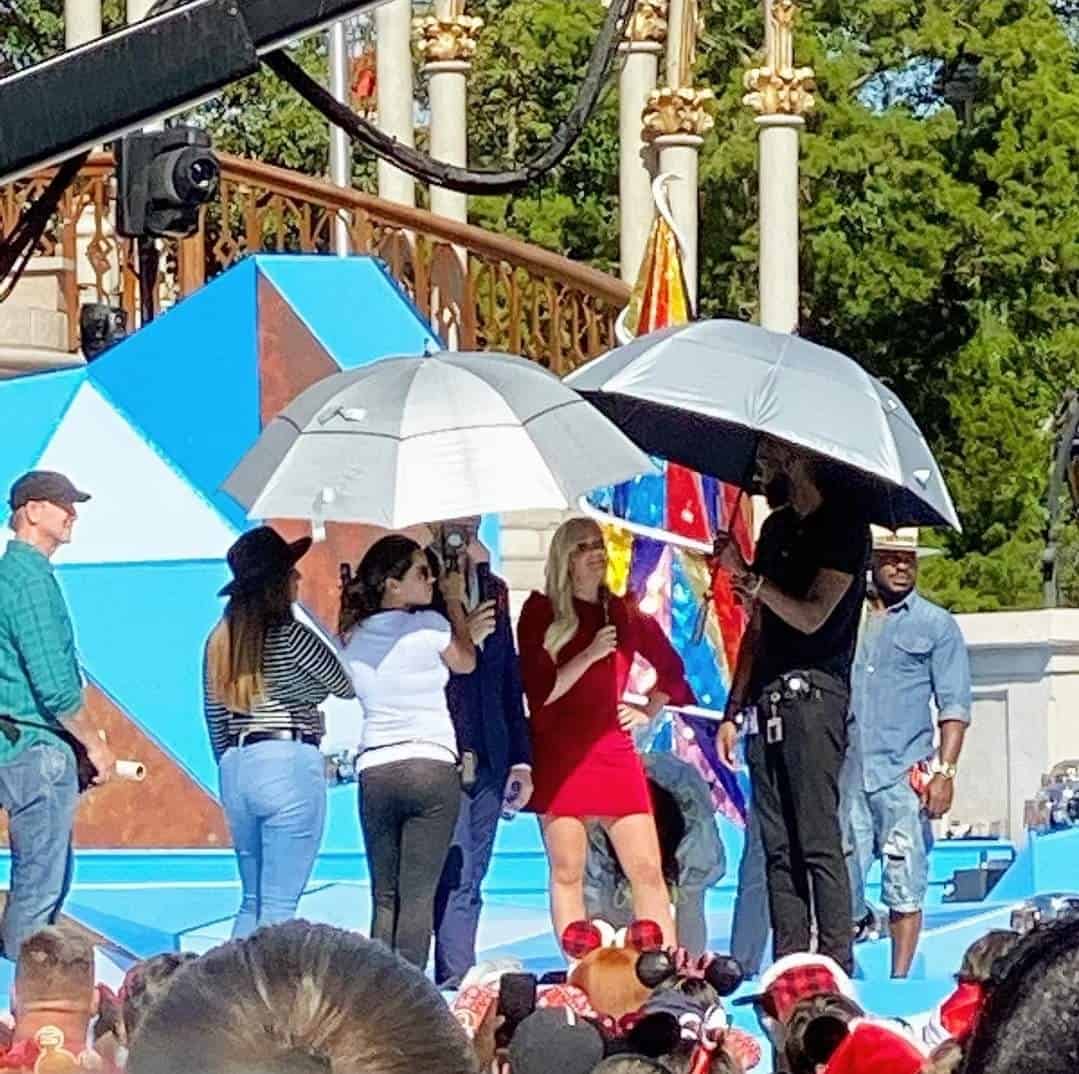 If you don’t care about the live performances, though, and just want to see the parade you’re in luck! Though it is filmed for the ABC broadcast in November the parade shows nightly as part of Mickey’s Very Merry Christmas Party until Christmas week. When Christmas week rolls around you can see it during the day without a special party ticket. It takes the place of the Festival of Fantasy Parade during that week.

2022-11-17
Jill Bivins
Previous: Universal Studios Offering an Annual Pass with Unlimited Visits for Less Than $200
Next: The Failed Disney KiteTails Show Lives On