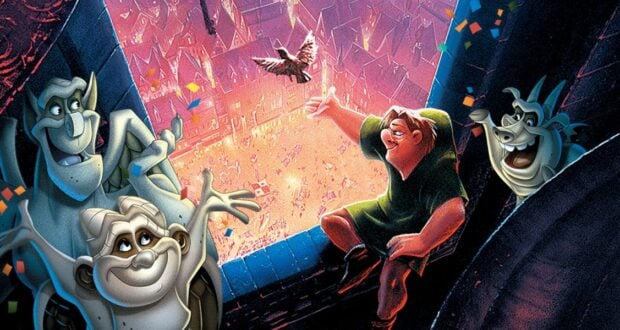 It’s been 26 years since Disney introduced fans to Quasimodo and Esmeralda in its musical adaptation of Victor Hugo’s classic story, The Hunchback of Notre Dame. Disney’s The Hunchback of Notre Dame tells the story of Quasimodo — who was kept away in the bell tower of Paris’s Notre Dame Cathedral but dreamed of being out amongst the people. He then meets the mysterious Gypsy Esmeralda, who sees the person he is on the inside, ignoring what he looks like on the outside. He then escapes from the Bell Tower and realizes that he must help save Esmeralda and her entire community from the man who has “raised” him — Judge Claude Frollo. 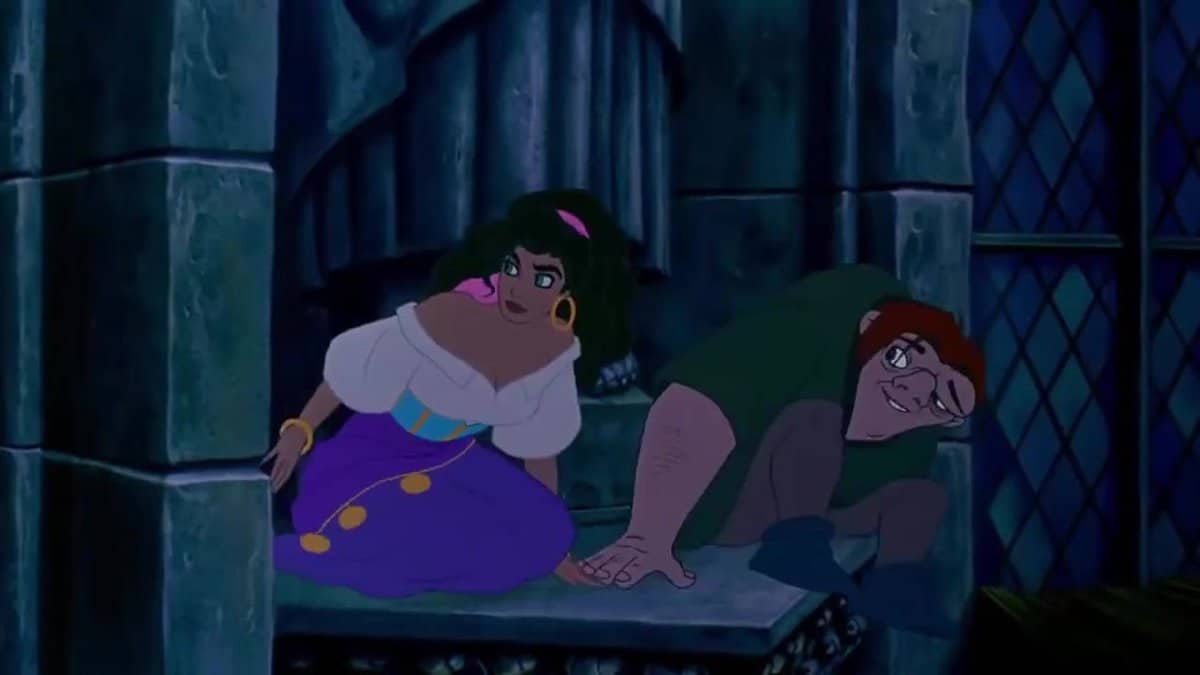 The film is not one of Disney’s most successful, but it does have incredibly memorable moments and music — “Out There” is frequently used in Disney’s nighttime spectaculars.

For years, fans have been speculating that there the humans and talking gargoyles are not the only characters of note in the film. Fans have frequently said that Notre Dame Cathedral itself had a personality. Fans point to the Cathedral appearing to look angry when Frollo tried to kill baby Quasimodo. And now we are learning that those fans were right! 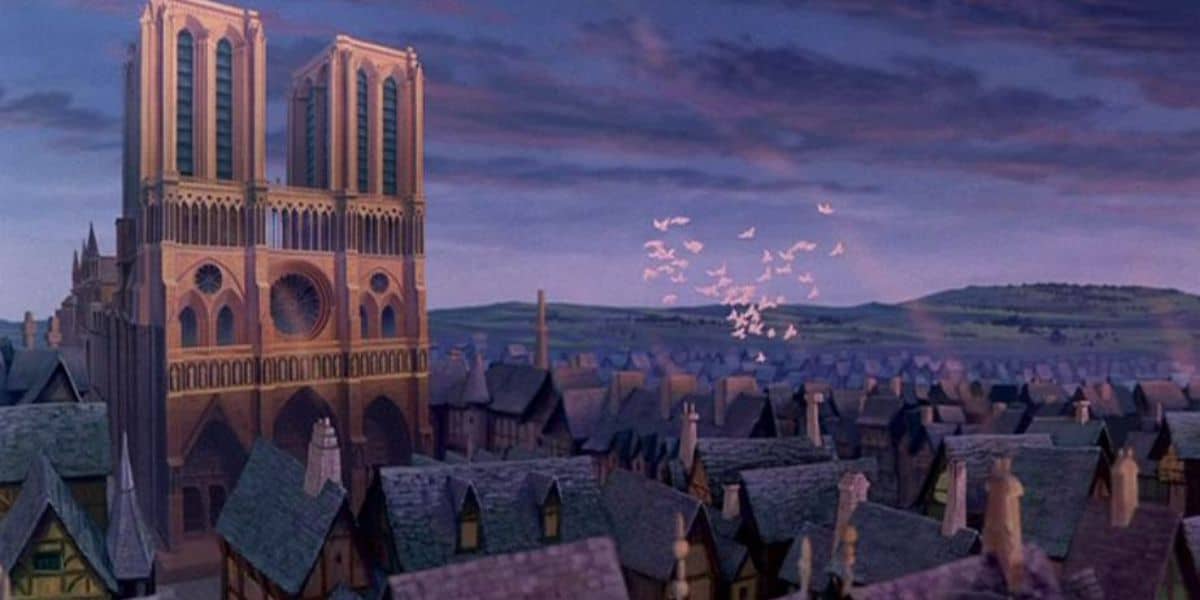 Hunchback director Kirk Wise recently sat down for an interview on the podcast Red Carpet Rookies and confirmed the long-held fan theory:

“Yeah, that’s completely intentional. We literally talked of the cathedral as being a character in the film, and that it would have a personality, and that it would smile upon those that it loved, and would be extremely menacing, and glower at those that did not love. Like, Frollo! You can see how it welcomes Esmeralda and beckons Esmeralda into it, and responds to Esmeralda’s basic decency and her kindness and you can see how it responds to Frollo, you know, and his sin and his lust and his deceitfulness in a completely different way.

So yeah, these were these two aspects of the cathedral that we wanted to show and yeah, we treated it like it’s it had its own personality. And that personality was expressed through lighting, through the statuary, you know, where we literally would sometimes give the statuary, a disapproving expression. You know, from the perspective of somebody like Frollo.” Disney’s The Hunchback of Notre Dame is currently available to stream on Disney+. The film stars Tom Hulce as the voice of Quasimodo, Demi Moore as Esmeralda, Jason Alexander as Hugo, Tony Jay as Judge Frollo, and Kevin Kline as Captain Phoebus.