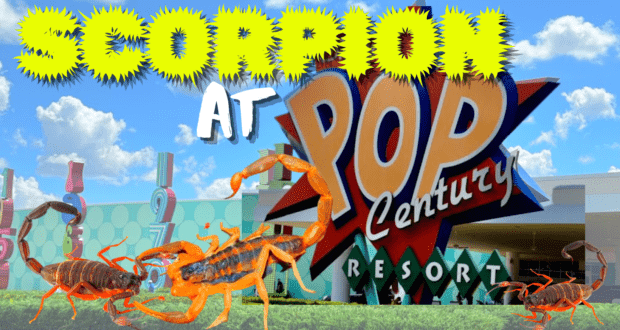 When Guests arrived at their hotel room at the Walt Disney World Resort, an incredibly unsightly Guest had already made himself comfortable in their room.

Earlier this week, a Guest took to Reddit to share his photo of a “Guest” that was already in the hotel room before he arrived at Disney’s Pop Century Resort.

The Guest, who goes by ADeSieno75 on Reddit, found a scorpion in their room at the popular Walt Disney World Value Resort Hotel when he arrived back in his room. The Guest shared that the ordeal was very upsetting to his child, though it’s not clear from the post how many days the Guest and his party had been staying at the hotel when the arachnid was found.

He did go on to explain that they alerted Cast Members at the hotel’s front desk about the scorpion they had found in their guestroom.

(In this writer’s mind when I read that: “But poisonous or not, alive or dead, do you really want a scorpion in your hotel room? Like, is he visiting with family too, and if so, where are they? Under the bed? In the partially-open suitcase lying on the floor?)

Thankfully, the Guest says that they received a call from a manager at the Resort Hotel, who was very generous with both apologies and park perks–perks usually reserved for scenarios in which Guests must be evacuated from attractions or similar situations. 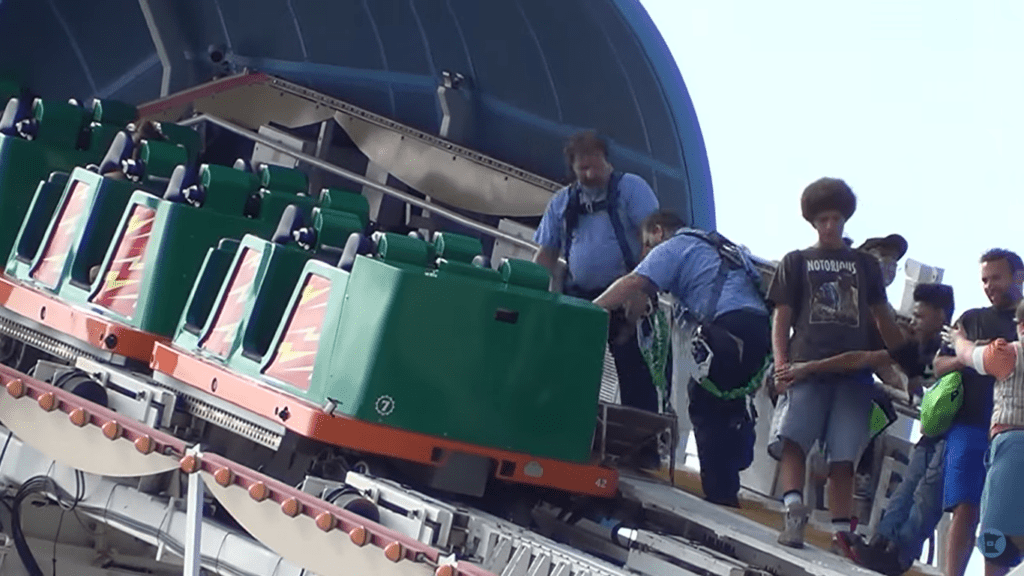 “After notifying the front desk, we received a call from the manager,” the Redditor explained, “and they hooked us up with passes for Cosmic, FOP, and ROTR as well as credit on the room. My kid has finally calmed down, so I’m most grateful for that! This has been an entire experience, to say the least!”

Some who commented on the Guest’s post clearly realized the value in the perks that the manager gifted to the Guest and his family: ride passes for Guardians of the Galaxy: COSMIC REWIND at EPCOT, Avatar: Flight of Passage at Disney’s Animal Kingdom, and Star Wars: Rise of the Resistance at Disney’s Hollywood Studios.

READ ALSO: Brawl between Guests is narrowly averted in the queue for the Flight of Passage attraction at Disney’s Animal Kingdom

One user, @ohsoGosu, commented: “Currently packing a dead scorpion for my trip,” referring to the good fortune the Guest had received by having a scorpion in his guestroom and receiving the perks.

Another user made a similar nod to the Guest’s silver lining in the situation and lamented over not alerting a Cast Member when they experienced a similar situation, posting, “Dang, we found a cockroach in our room in 2020 and didn’t say anything; I regret that now.”

While it’s not a common occurrence, Guests have reported seeing pests of varying kinds occasionally during their stays at a Walt Disney World Resort hotel. Guests should never hesitate to report such a finding so that Cast Members can choose to correct the scenario.