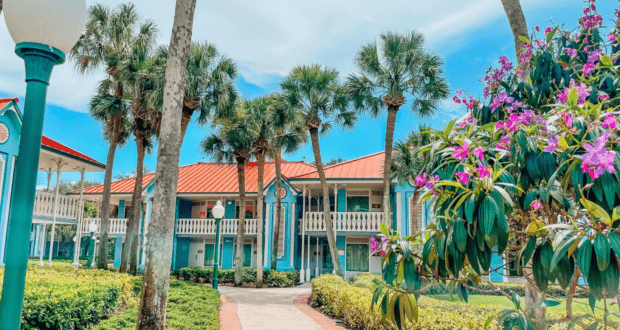 Each of the more than 30 Resort Hotels at Walt Disney World is uniquely themed and welcomes Guests of all ages and preferences in travel to come and stay during their visit to the Most Magical Place on Earth.

Some of Disney’s Resort Hotels are so much fun, Guests visit the Walt Disney World Resort just to stay at their favorite Resort–and never pass through a single theme park gate; they’re that much fun! But recently, a Guest and her family stayed at a fan-favorite Disney World Resort Hotel, and their stay was not very magical at all. In some ways, it was downright dirty! 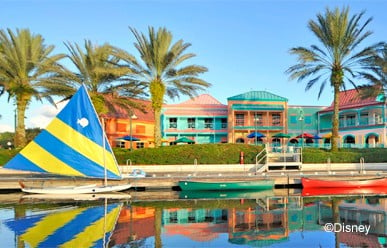 Earlier this week according to ITM, a Guest named Sara and her family were staying on property at Disney’s Caribbean Beach Resort. She and her kids had been enjoying the theme parks earlier in the day when suddenly, a torrential downpour unleashed its fury on Central Florida, leading to the flooding of several Guest areas at Disney’s Hollywood Studios, EPCOT, and Magic Kingdom.

Flash floods aren’t super common in Central Florida, but on this particular day, Guests experienced flooding in at least three of Disney World’s theme parks, which meant many of them left the parks early, and those that stayed in the parks eventually headed back to their Resort Hotels, completely soaked because of all the rain. That’s exactly what happened to Sara and her family as they had forgotten to bring their ponchos with them.

“We were absolutely drenched from head to toe because we forgot our ponchos,” Sara explained. “We are staying at the Caribbean Beach Resort, and the Skyliner was down because of the lightning.”

Sara says she and her family got back to their Resort Hotel room at the Caribbean Beach Resort to discover that they had no hot water for showers and bathing, despite the fact that they each desperately needed to shower after getting so soaked in the parks. 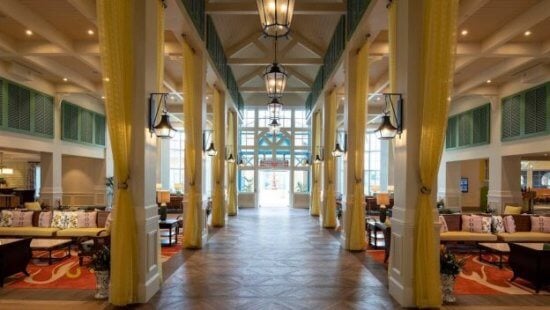 When they brought the matter to the attention of a Cast Member at the Resort, Sara and her family were told that a problem with the boiler was the cause for the lack of hot water in their hotel room. Imagine how relieved they must have been to find out that the issue would only take about 30 minutes to resolve!

But to their disappointment, Sara says that she and her family were told it would be only 30 minutes before they would again have hot water, but after waiting for more than two hours, Sara says that they still were without hot water. Disney’s website invites Guests to slow down, take it easy, and celebrate the spirit of the Caribbean islands at the Caribbean Beach Resort:

“Discover a world where life slows to a leisurely pace and worries melt away amidst Calypso rhythms. Awash with vibrant colors and lush landscapes, Disney’s Caribbean Beach Resort transports Guests to a relaxing paradise that captures the essence of 5 distinct islands: Barbados, Jamaica, Martinique, Trinidad, and Aruba. Celebrate the spirit of the Caribbean with blissful sights and fun-filled activities—including colonial forts, lively markets, pristine beaches, splashy florals, and swaying hammocks—sure to awaken the imagination.”

Here’s hoping Sara and her family finally got their hot water and their showers after being stuck in the super showers at the parks all day long!