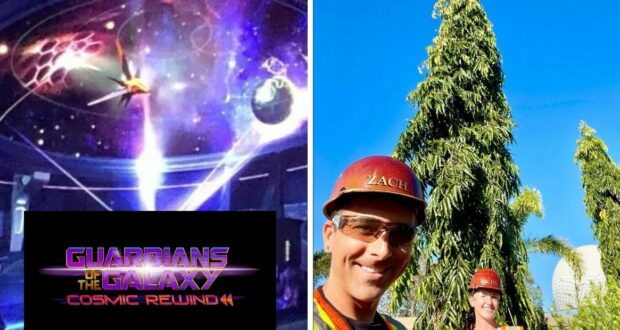 Is Guardians of the Galaxy: Cosmic Rewind Near Completion? Landscaping Begins!

To say that Disney World has been preparing for its 50th anniversary for years would probably be an understatement, this celebration has been decades in the making. Guests visiting Walt Disney World for the massive celebration will be able to experience the new fireworks show, Disney Enchantment, the new EPCOT show Harmonious, eat a ton of great food, themed along with the “Ear-idescent” color scheme, and go on the brand-new attraction, Remy’s Ratatouille Adventure. 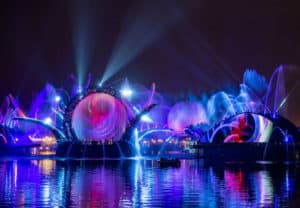 However, Remy’s Ratatouille Adventure is not the only attraction that is scheduled to come to Disney World during the Most Magical Celebration on Earth. Magic Kingdom Park will be getting the highly-anticipated TRON Light/Cycle Run at some point — an opening date has yet to be announced — and EPCOT will be getting a fantastic Marvel attraction next year. 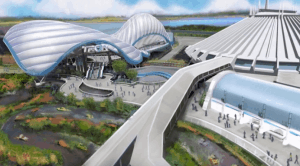 Disney recently announced that Guardians of the Galaxy: Cosmic Rewind would be opening in 2022, but did not give a specific date. But it now looks like the opening may be coming earlier in the year, rather than later. Disney Imagineer Zach Riddley shared images on his Instagram of landscaping being put in outside the ride building.

It’s planting day here at EPCOT – as some of our new landscaping in World Discovery is being installed. I was able to get out on-site this Fall morning and see the progress with Imagineer Rachel Lambdin – who was choosing the perfect locations for one of our most iconic species – the “Mast” tree (Monoon longifolium). 🌲🌲These specimens fit perfectly into our other-worldly plant forms and textures as perfect transition to our Wonders of Xandar pavilion and the future home of Guardians of the Galaxy: Cosmic Rewind opening next year.

Another species we are using is Plum Pine (Podocarpus) – continuing landscape specimens found in other areas of World Discovery. In fact, there are Plum Pines that go back to the earliest days of EPCOT that over nearly 40 years have been formed into perfect rectilinear shapes. It’s wonderful seeing our design team finding those past-meets-future connections in our design choices across the transformation of EPCOT. 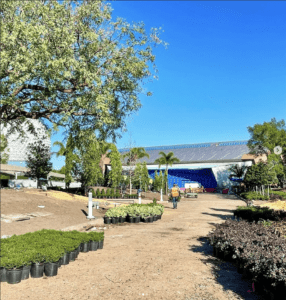 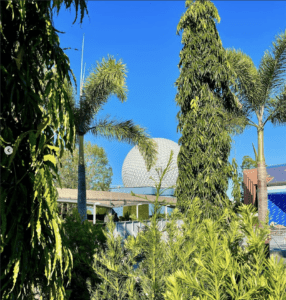 All of this landscaping could indicate that the inside of the building is nearly done, attraction and all. Landscaping is typically put in towards the end of construction since large construction equipment will no longer be taking up the space. 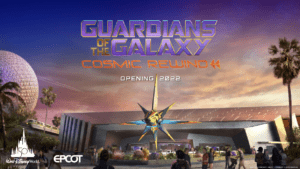 Here is more information on Guardians of the Galaxy: Cosmic Rewind from Disney Parks Blog: 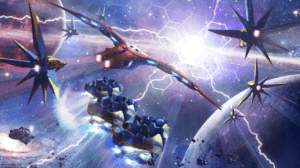 Disney Dining will keep readers updated and let you know when an official opening date for Guardians of the Galaxy: Cosmic Rewind is announced.

2021-11-02
Krysten Swensen
Previous: Here’s How You Can Win an Incredible Disney World Vacation!
Next: Grand theft, assault, battery and a bomb threat: just a few of the recent calls for police at Disney