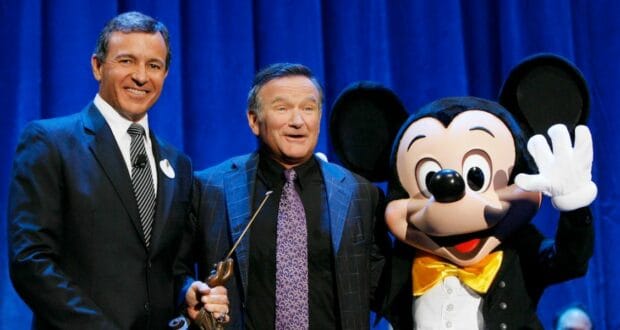 The Greatly Missed Robin Williams Is Trending on Social Media

Inducted as a Disney Legend in 2009, the memory of the highly talented American actor and comedian Robin Williams is trending on social media.

According to reports, in May 2014, Williams was experiencing “severe memory, movement, personality, reasoning, sleep and mood changes.”

After Williams died by suicide in August 2014, his widow, Susan Schneider Williams, stated, “A few months before he passed, he was given a Parkinson’s (disease) diagnosis. But that was just the tip of the iceberg.”

Shortly after his death in October 2014, an autopsy of Williams’ brain revealed Williams did not have Parkinson’s but rather had a disease called Lewy body dementia.

RELATED: Sabotage, Robin Williams, and Disney – How the Studio Tried to Keep Williams to Itself

The Walt Disney Company noted that Williams was “An engaging, bright, and inventive actor.”

It has been 25 years after the release of Good Will Hunting on December 5, 1997, the film in which Williams’ role as psychologist Sean Maguire earned him the Academy Award for Best Supporting Actor.

Now, with the anniversary of the film, the greatly missed Robin Williams is trending on social media.

Fans are sharing memorable clips of the star. Several clips from the Good Will Hunting scene with Robin Williams (Sean Maguire) and Matt Damon (Will Hunting) are surfacing:

Another clip trending of Robin Williams and Matt Damon in Good Will Hunting:

But not only are Good Will Hunting clips trending, but Williams’ stand-up comedian acts, such as this clip with Robin Williams describing the invention of golf:

Among the humor and generosity, the popular Robin Williams quote is surfacing, where he stated, “People don’t fake depression, they fake being okay.”

It has been over 8 years since the world lost Robin Williams.

Since his death, his widow, Schneider Williams, has become an advocate for Lewy body dementia (LBD) awareness and research.