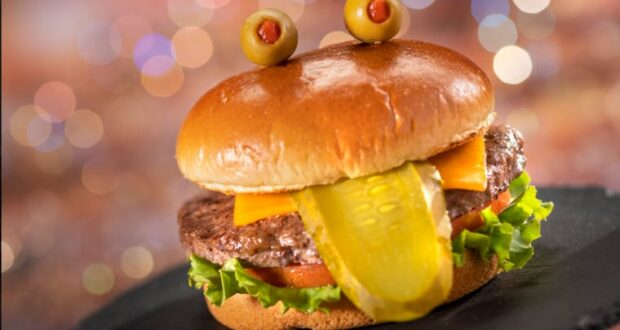 The 50th anniversary celebration is in full swing at Walt Disney World!

Fans have flocked to the Most Magical Place on Earth to take their part in the celebration, and the photos seem to tell it all–lots of fans, lots of new experiences and of course, lots of new celebratory edible offerings as well!

We’re pretty excited about all the new sweets, eats and treats, but we’re probably most intrigued by the amazing new experience- and attraction-themed items from Disney World’s 50th anniversary Foodie Guide! Have you seen these??

You’ll find most of these items at Magic Kingdom–the park that began it all 50 years ago this month. 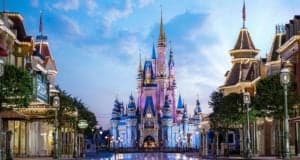 No thrills, no chills, but all the feels: we love the Carousel of Progress attraction in Tomorrowland at Magic Kingdom, as we know it was one of Walt’s hands-on projects. Originally created by Walt and WED Enterprises for the New York World’s Fair in 1964, the Carousel of Progress attraction was the centerpiece for the General Electric (GE) pavilion at the fair. It was moved to Disneyland in 1967, where it remained until it was moved to Disney World after 1973.

If you’re a fan of the attraction, you’ll be happy to know that Old Uncle Orville has been honored with a sundae you can only find at Auntie Gravity’s Galactic Goodies!

The Great Big Beautiful Tomorrow Sundae features chocolate and vanilla soft-serve with brownie pieces, hot fudge, and whipped cream. It’s topped with red, white, and blue sprinkles and served in a “bathtub,” just like the one Uncle Orville sits in while he cools off on the 4th of July!

There’s a 50th anniversary attraction-inspired offering at Fantasyland too! You’ll find this “treat” at Be Our Guest Restaurant. At first glance, the Squid’s Revenge may make you think of the Little Mermaid attraction at Disney World, but this interesting drink is actually inspired by the 20,000 Leagues Under the Sea attraction that closed in the 1990s.

It’s a michelada served with a blue salted rim. It’s garnished with cucumber, olives and (gulp) a charred octopus tentacle! 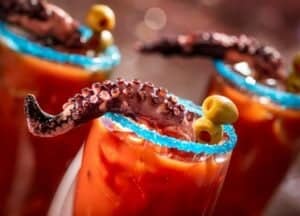 Even Casey’s Corner on Main Street, U.S.A., has gotten into the 50th anniversary celebration with the Pressed Penny Silk Pie.

It has a chocolate tart shell and is filled with a silky chocolate filling, and whipped cream. There’s even a chocolate pressed penny! 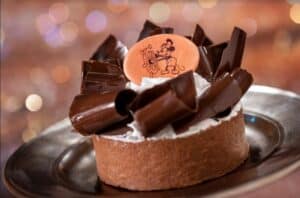 Over at Liberty Square, step into Columbia Harbor House and sip on the Happy Haunts Milkshake, inspired by the home of the 999 happy haunts, Disney’s Haunted Mansion. The sweet treat nods to the hallway wallpaper that features a purple background and creepy eyes that peer at Guests as they pass by in their doom buggies! 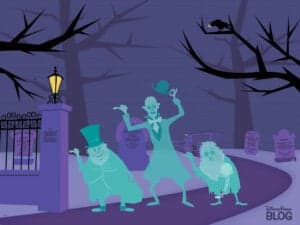 The blackberry-flavored Happy Haunts Milkshake not only features different purple hues reminiscent of the hallway, but there’s even a purple chocolate-glazed donut covered in chocolate sprinkles that sits atop the milkshake! The paper straw looks just like the hallway wallpaper! 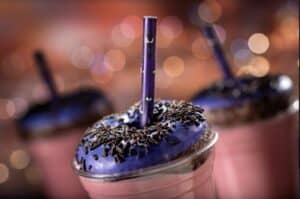 Back over at Fantasyland at the Friar’s Nook, Disney chefs dreamed up an offering that will take you back in time to when Mr. Toad’s Wild Ride was at Magic Kingdom. The attraction was a huge hit with Guests, so it was a surprise when it was announced that the ride would close, and a Winnie-the-Pooh-inspired attraction would take its place.

Some fans were so outraged that they began campaigns against kicking Mr. Toad out of Magic Kingdom–making and selling t-shirts, etc. If you were one of them, you’ll be happy to know that Disney’s chefs created something for you: the Toad Burger! 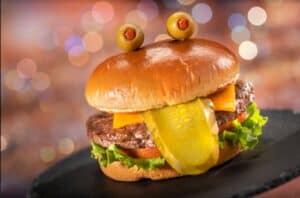 The creative offering is a brat burger served on a bun with lettuce, tomato, pickle, and American cheese. Green olives, pimento and a pickle slice complete Mr. Toad’s “face.”

Heigh-ho, heigh-ho, I want some chocolate so let’s go! The Heigh-Ho Sundae, inspired by the 1937 film, Snow White and the Seven Dwarfs and the Fantasyland attraction of the same name, features chocolate soft-serve, hot fudge, graham cracker pieces, whipped cream and chocolate gems. 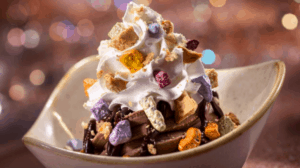 You can find this one at Storybook Treats!