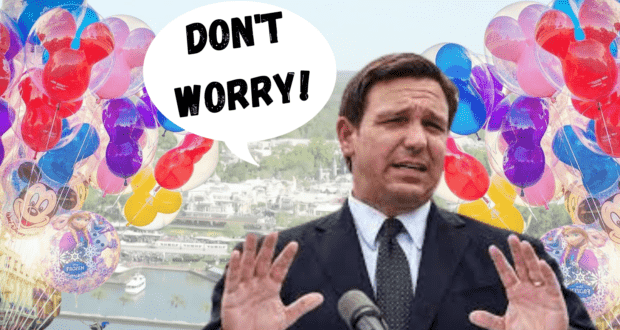 Florida Governor Ron DeSantis spoke in Sanford, Florida, on Monday, once again promising Floridians that they will not incur Walt Disney World‘s debt when the state dissolves Disney’s Reedy Creek Improvement District in July 2023, hinting that the legislature may have a few things up its sleeve to prevent it from happening.

“I can tell you this, that debt will not end up going to any of these local governments,” Governor DeSantis said from a podium at Seminole State College. “It’s not going to go to the state government, either. It’s going to absolutely be dealt with by [Disney and other entities represented by each special district] that are currently in that district.

Though Gov Ron DeSantis didn’t provide specifics about his plans, he did suggest that laws will be in place to keep Florida taxpayers from incurring Disney World‘s debt, post-dissolution of Reedy Creek, according to Click Orlando.

Governor DeSantis said that Disney’s Reedy Creek tax bill would not become the responsibility of state or local governments in Central Florida.

“We’re going to have a proposal to kind of make sure that that’s clear,” DeSantis said.

The dissolution of Disney’s Reedy Creek Improvement District comes after Gov. Ron DeSantis signed the provision into law on April 22, following a bill passing in the Florida House and Florida Senate during a special legislative session. The law lands Disney’s Reedy Creek and five other special districts in Florida on the chopping block.

The new law calls for the dissolution of all six special districts, effective June 2023, but the districts can petition the state to be reinstated prior to then. But despite the provision to petition the state afforded by the law, Governor DeSantis said Monday that Disney will not be permitted to self-govern.

RELATED: The Disney-DeSantis Debacle is a Dumpster Fire, and the Stench is Horrific

“Disney will not control its own government in the state of Florida,” he said. “Disney will have to follow the same laws that every other company has to follow in the state of Florida. They will pay their fair share in taxes, and they will be responsible for paying the debts and so at the end of the day, all we’re doing is putting them on a level playing field with all the other companies in Florida, making sure there are no special privileges, no special deals, but that debt will be honored.” 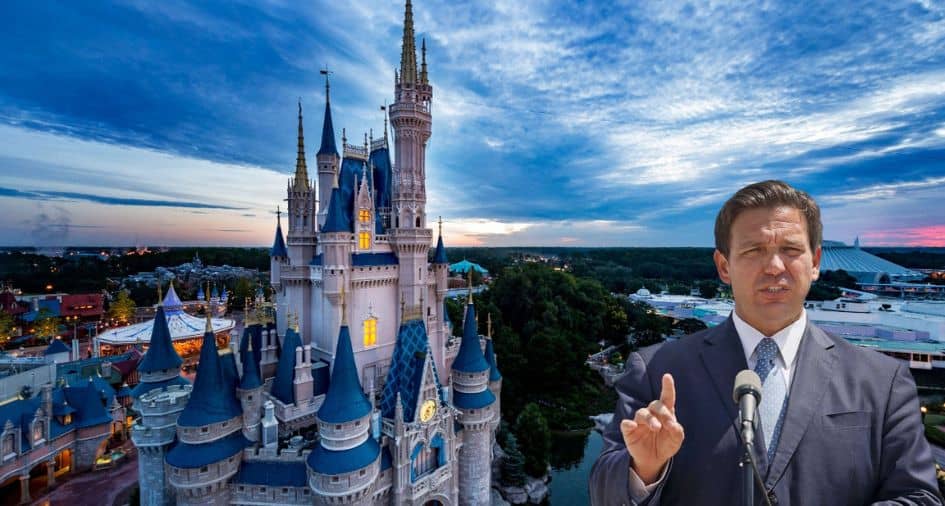 DeSantis said that Central Florida municipalities and counties would not be burdened with additional costs and liabilities from the dissolution of the Reedy Creek Improvement District. He further said that the state of Florida would more than likely take over services currently provided by the Reedy Creek special district.

“[It’s] more likely that the state will simply assume control and make sure that we’re able to impose the law and make sure we’re collecting the taxes,” DeSantis said.