During Macy’s annual Thanksgiving Day Parade on Thursday, fans of the Disney Junior children’s series, Bluey, took things too far, growing irritated and angry as parade hosts’ referred to the main character from the series, Bluey, as male, rather than female as a giant float in the Disney dog’s likeness moved along the parade route. By some fans’ online posts, you’d think the hosts had committed a major sin in referring to the animated character with words like “him,” “he,” and “his.” And while we could spend time opining about the parade hosts’ ignorance about Bluey’s gender, some of us value our time, and as such, would rather spend that time, instead, by asking, “Are these people serious?”

Joshua Berwald tweeted, “Yo, @CBS Bluey is a GIRL. I’m watching the Thanksgiving Day parade [and] you guys keep saying ‘he.’ Stop it. @paramountplus.”

Yo, @CBS Bluey is a GIRL. I’m watching the Thanksgiving Day parade you you guys keep saying “he.” Stop it. @paramountplus

Twitter user Emmanuelle threw CBS hosts under the proverbial bus, tweeting, “It’s good to see that, unlike the CBS anchors, the NBC ones had their research done. They knew in time for the parade that #Bluey is a girl. To boot, they had actual information on the show! Not vagueness.”

Adam Kiesel (@AdamKiesel22) tweeted, “The fact the CBS crew on the Thanksgiving parade don’t know Bluey is a girl. Don’t disrespect the goat like that.”

But before you throw Mr. Kiesel under the same bus for referring to Bluey as a “goat,” know that he clearly knows Bluey is not only a girl but also a dog. His use of the word, “goat,” is an acronym for the “greatest of all time,” presumably used here as a term of endearment.

And these tweets don’t even scratch the surface; there are far too many to share here. So, perhaps the answer to the question of whether these people are serious is an emphatic, “Yes! They’re serious.”

But to touch back on Mr. Kiesel’s tweet about Bluey being “the greatest of all time,” this writer is compelled to point out that Bluey is not the first animated canine character to be blue, female, and the focus of a children’s series. Another character who fits these descriptions debuted in 1996, and she, too, was routinely referred to as male. 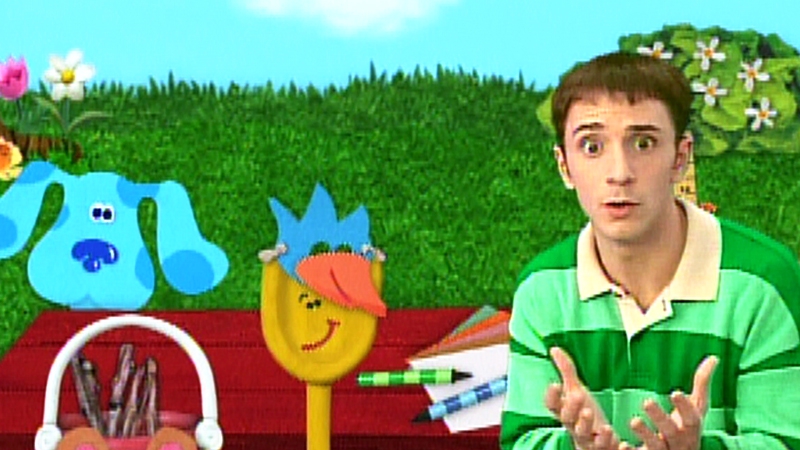 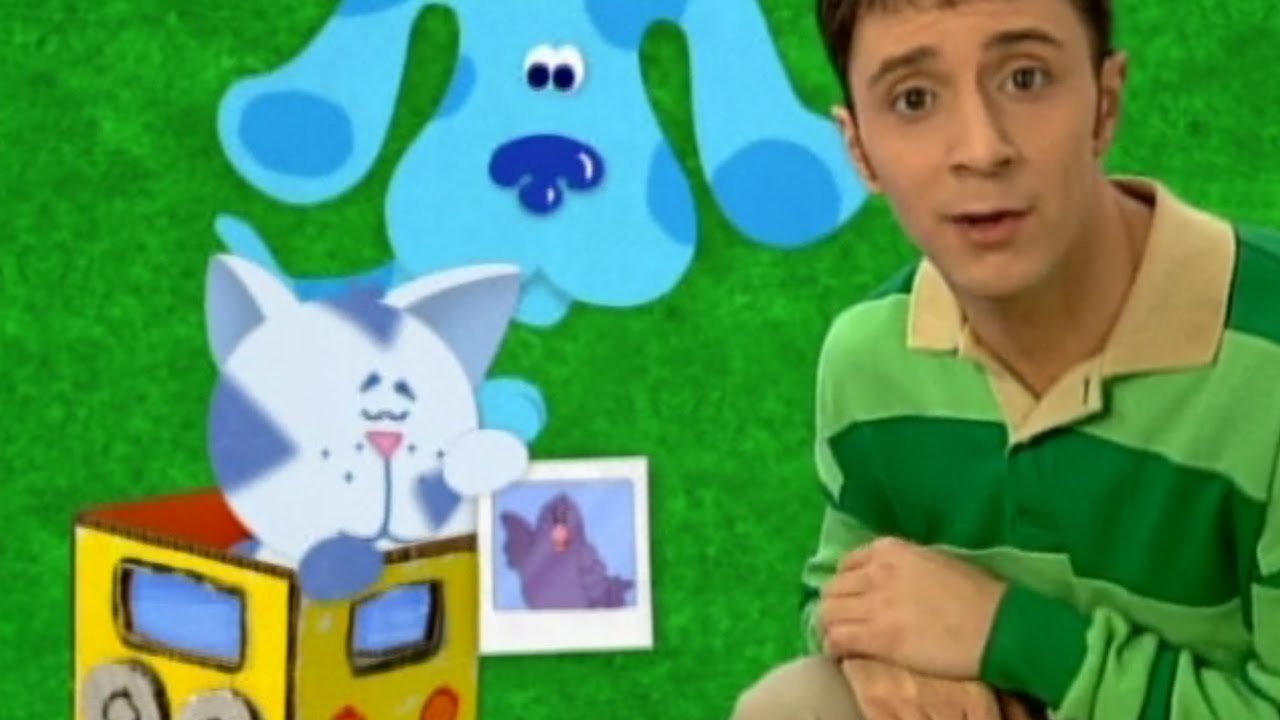 The series was created by Traci Paige Johnson and Angela Santomero for Nickelodeon. It was extremely popular among its target audience–preschoolers–and taught concepts like shapes, colors, planets, social skills, numbers, letters, math, science, and more, and all under the premise that included Blue, a smart puppy who could bark but not speak, so she used clues to help her friend Steve understand what she wanted him to know.

The “clues” were blue pawprints that Blue stamped onto three separate items in her environment–three items that shared something in common and would ultimately lend themselves to an answer to Steve’s question.

The series ran until 2006 but was followed by two more series based on Blue’s Clues: Blue’s Room and Blue’s Clues and You. The former began as short segments during Season 6 of Blue’s Clues, and the latter is still in production today. And though some of the characters, situations, and environments have changed with subsequent series, one thing remains unchanged, and that is the routine referral to Blue, a female puppy, as male.

The main difference lies in the absence of fans’ anger over the misgendering of Blue from Blue’s Clues.

In response to Thursday’s parade, Twitter user KevinMPetrie tweeted, “Minor controversy with the Thanksgiving Day parade when the CBS crew kept on misgendering Bluey.” (Thanks, Kevin, for referring to the “controversy” as “minor.”)

In response to Kevin’s tweet, user Harperoni drew a comparison between Disney’s Bluey and Nickelodeon’s Blue, tweeting, “Likely cuz she’s the color blue and people love to associate “blue* with “boy.” People thought Blue from “Blue’s Clues” was a boy for the longest time.”

But again, no anger, frustration, or real irritation with the misgendering of Blue–it was simply understandable.

There’s no way to know whether those who took issue so vehemently with CBS referring to Bluey as male did so because of a personal agenda, a so-called “woke” ideology, a simple love for the series and the character, or a mix of any of these.

Bluey has been applauded for the show’s (so-far) reluctance to “go woke,” but as TGC.com says, “We can’t know whether Bluey will one day go the woke way [as] pressure is immense and relentless for even the most innocent children’s entertainment to advance progressive narratives, [and] fidelity to traditionalism in any form is now seen as oppressive.” 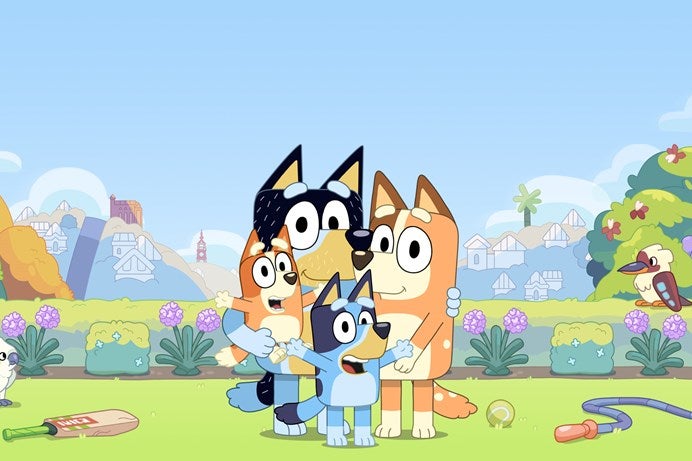 The children’s series has also been criticized by some who say that the show should feature more diverse representation–some even posing the question, “Where are the disabled, queer, poor, gender diverse, dogs of color and single-parent dog families in Bluey’s Brisbane [Australia]?”

And while this writer won’t make predictions about the future of Bluey‘s storylines, I will go so far as to say that those who’ve taken such issue over others referring to Disney’s animated blue heeler as male should probably take a personal inventory and determine whether such an upset is really worth it, and I’ll further predict that Bluey will continue to be hailed as male by many–especially those who do not have young children who watch the series. 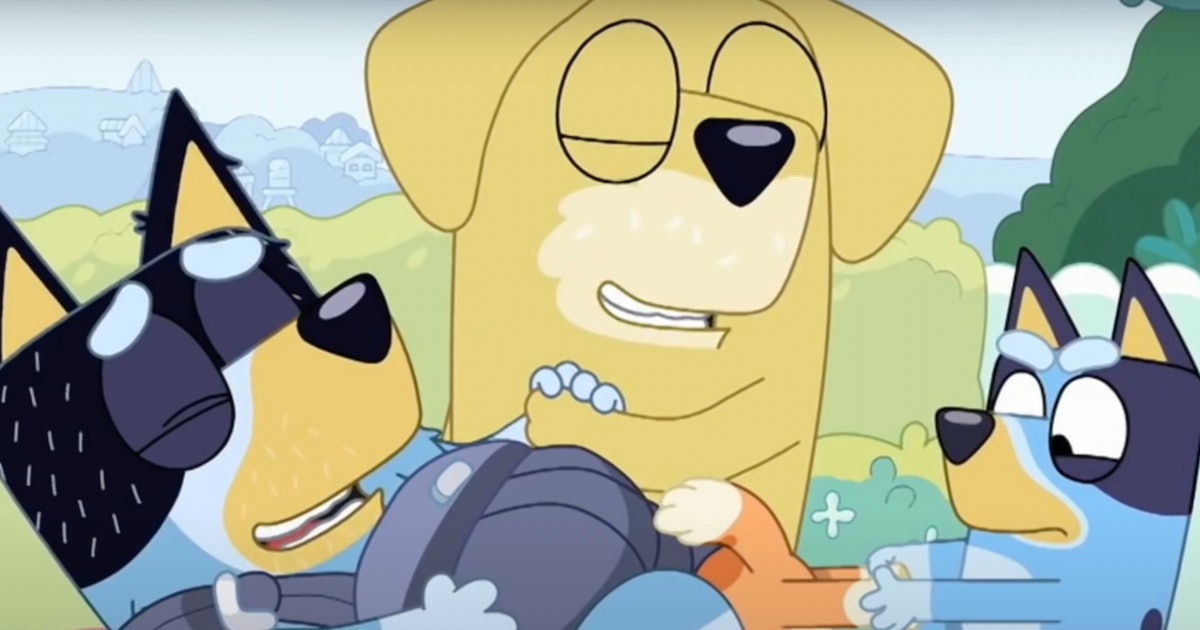 And is there anything so carnally wrong with that oversight? The chances of it being part of a broader “agenda” are non-existent. Hey, life is short. Shouldn’t we spend it on things that have a greater possibility of a positive impact on our world and our fellow man? It’s the season of thanks and giving, after all.