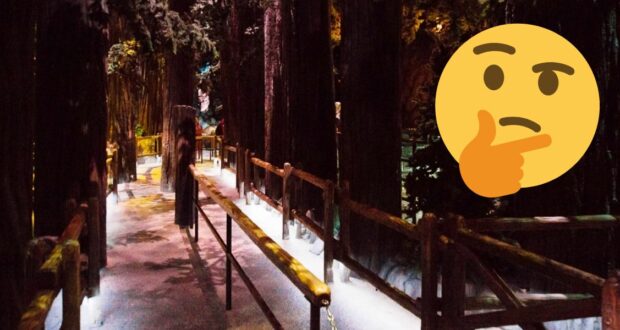 When a theme park fan stops and thinks about their favorite attraction, there is typically a smell that is associated with the experience.

At Disney’s Hollywood Studios, the Twilight Zone Tower of Terror has a distinct scent. And at Disney’s Animal Kingdom Park, we can’t help but love the smell of Avatar Flight of Passage.

E.T. Adventure offers Park Guests a chance to climb aboard a bike-like ride vehicle to “Fly With E.T. to His Home Planet.” “E.T.’s home planet is dying and he needs your help to save it. Board your flying bike and take off on a thrilling (but gentle) ride through the sky. You’ll dodge bad guys and soar into the stars where his magical home awaits, filled with wondrous otherworldly creatures.”

While the Universal Park dark ride is anything but modern or especially exciting, it is a nostalgic experience at Universal for adults and kids and has an oddly unique smell.

RELATED: Popular Universal Attraction Set to Be Demolished Next Year

@UniversallyAdd took to social media to share, “Have you visited @UniversalORL recently and rode E.T. Adventure? Did it smelt differently? You may not be the only one. Many park goers are noticing it too. We think it’s been replaced with some kind of pinewood campy smell. Looks like we may have lost our beloved E.T. smell.”

Many of the comments agree with the change in smell. One comment reportedly confirms that yes, the smell is indeed different by saying, “This is confirmed. I spoke with an employee that stated the original company who supplied the smell went out of business. That iconic smell is gone forever.”

One of the comments notes, “Nahhh we miss the old heavenly smell, not that new pine.”

While Universal Orlando Resort has not confirmed the use of a new smell, it is apparent that Universal fans are missing the original smell of the iconic attraction.

There is still a way, however, to have that E.T. Adventure smell right at home! Universal sells the E.T. “The Green Planet” Scented Candle on its website. The candle description includes:

“E.T. spent a lot of time in our forest, now it’s time we spend time in his. With hints of crisp evergreen, camphor and slight citrus one might forget that you are on The Green Planet. Especially when you smell similar hints of sweet pine, fir needle and floral rose. E.T. loved the earthly base smells of wood and forest moss so much he decided to bring some home. Phone home and commemorate the classics with this otherworldly Universal Studios scented candle featuring E.T.”

Is the iconic E.T. Adventure smell truly gone for good? We’ll be sure to provide updates as we learn more about the changing of smells.

2022-10-20
Jamie Sylvester
Previous: Video of Child’s Reaction to Saddest Scene in Disney’s Cinematic History
Next: Are These Disney Quick Service Restaurants Worth the Hype?