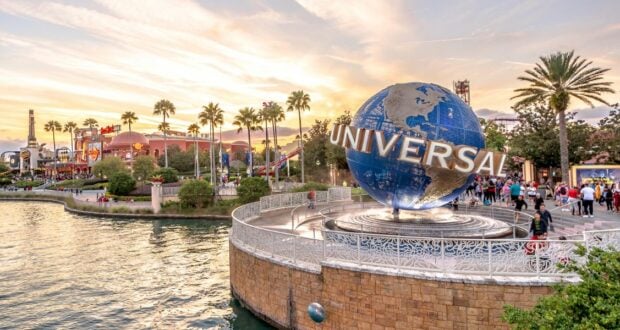 Hurricane Ian tore through the Sunshine State in late September 2022. Several coastal communities are still rebuilding, and even Central Florida was not completely in the clear.

While much of Walt Disney World remained intact without any damages, Universal Orlando Resort experienced some major damage with one of its attractions, Jurassic Park River Adventure, suffering a massive hole in the side of its show building.

Jurassic Park River Adventure, located in Universal’s Islands of Adventure Park, has been up and running despite the large hole, but the iconic water ride known as Dudley Do-Right’s Ripsaw Falls has remained closed for almost a full month after the hurricane swept through.

RELATED: Pieces of Universal Land Seen Floating Away Because of Hurricane Damage

Great news, however! @bioreconstruct took to social media on October 18, 2022, to share, “Dudley Do-Right’s Ripsaw Falls has water. Attraction has been closed since Hurricane Ian.” One comment notes in response, “It had quite a bit of infrastructure damage.”

If you’ve never experienced Dudley Do-Right’s Ripsaw Falls, it’s like a more intense version of Magic Kingdom’s Splash Mountain. Unlike the small amounts of wetness you’ll get while riding Splash Mountain, for Ripsaw Falls… you can plan on getting soaked.

Universal describes the attraction with, “Plan to Get Very, Very Wet. Part roller coaster, part water flume, this ride combines the fun of the classic cartoons with edge-of-your-seat action. You’ll slosh your way through twists and turns along with lovably laughable Royal Canadian Mountie, Dudley Do-Right. As you approach a nail-biting 75-foot drop, get ready to whoosh down the track for the biggest splash of your life.”

As of the morning of October 19, 2022, Ripsaw Falls remains closed. We are, however, thrilled with the progress and suspect the attraction will open soon!

We’re also keeping an eye on Universal Orlando Resort as its current two theme parks (Universal Studios Orlando and Islands of Adventure), along with its Water Park (Volcano Bay), will soon be joined by a MASSIVE brand new theme park called “Epic Universe” which is projected to open in 2025.