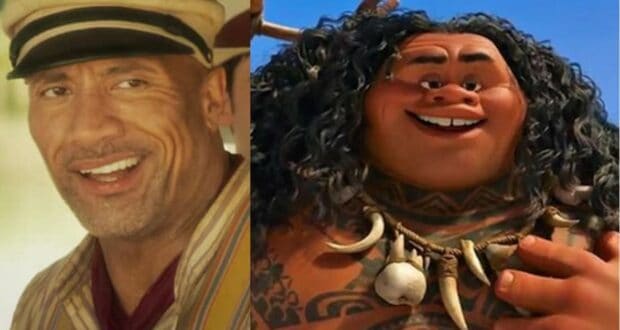 What can he say except “you’re welcome!” Dwayne Johnson has easily become a Disney fan favorite, as he has made a name for himself as a former professional wrestler (AKA “The Rock”) turned actor, to now megastar with new entrepreneurship endeavors. Disney fans simply can’t get enough of Johnson’s involvement in Moana as the voice of Maui. Johnson once again took Disney film fans by surprise in his fantastic role of Skipper Frank in Disney’s live-action Jungle Cruise film. Johnson has also recently been involved as Executive Producer in the Disney+ new series, “Behind the Attraction”. But, do you think he would make a good President in 2024? Johnson recently sat down for an interview where he discussed becoming the President of the United States President.

It’s no surprise that earlier this year, a poll suggested that 46 percent of Americans would support a presidential run from Dwayne ‘The Rock’ Johnson. Johnson took to social media via @therock, where he shared the photo above with, “Humbling. I don’t think our Founding Fathers EVER envisioned a six-four, bald, tattooed, half-Black, half-Samoan, tequila drinking, pick-up truck driving, fanny pack-wearing guy joining their club – but if it ever happens it’d be my honor to serve you, the people.”

VanityFair revealed the cover story for November 2021, “Dwayne Johnson Lets Down His Guard.” In the cover story, the interview led to the conversation about the presidential run. “He explains that he finds the idea humbling, concedes that he has talked to people in politics and done “a small amount of research and analysis to see where this comes from and to see what it could look like in the future,” and adds suggestively that “indicators are all very positive—in, for example, 2024, and in, for example, 2028.” He is not, he confirms, ruling the possibility out. But then he loops back to this: “You know, at the end of the day, I don’t know the first thing about politics. I don’t know the first thing about policy. I care deeply about our country. I care about every American who bleeds red, and that’s all of them. And—there’s no delusion here—I may have some decent leadership qualities, but that doesn’t necessarily make me a great presidential candidate. That’s where I am today.”

What are your thoughts? Would you like to see this Hollywood star run for President in 2024? I guess if Johnson won, all he could say is “you’re welcome”!