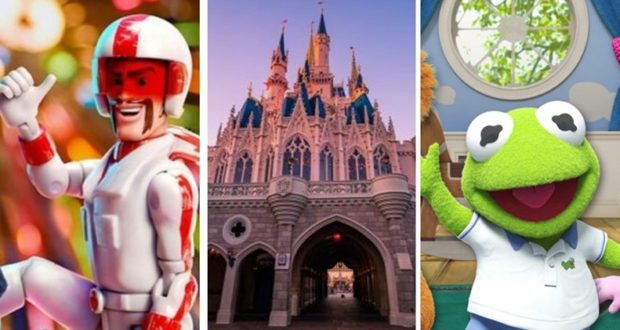 Disney’s 2020 Legal Battles We Wish We Could Forget

When we think of Walt Disney World and the Walt Disney Company, we typically think of magic, pixie dust and happily ever after.  Overall, this is what we can expect; however, sometimes the magic doesn’t shine as bright.  We have Disney’s 2020 legal battles we wish we could forget.  Do you remember all of these or did you miss them in the crazy times of 2020?  Take a quick glance at these headlines that weren’t as magical for Disney.

The first story came to us during the months that Walt Disney World was closed.  Richard McGuire, 42, from Mobile, Alabama was arrested on April 30th for being found camping on Walt Disney World’s Discovery Island.  After being arrested, McGuire was banned from all Disney properties.  Not sure if the experience of camping on the deserted Discovery Island would be worth being banned from the magic. Click here for the full story.

After the release of Toy Story 4, Disney and Pixar faced legal action from the late Evel Knievel’s son claiming that the beloved character Duke Caboom resemble Knievel.  The claim was that the film and Caboom had many nods to Knievel including the dress as well as the toy itself.   The Evel Knievel company took Disney and Pixar to court for big time money. Click here for full story.

In October we learned that the Walt Disney World Company was being sued over the adorable Muppet Babies.  Jeffrey Scott, a small screen scribe, calms that many of the ideas were taken from his work.  Scott sued based on this and the fact that Disney did not offer him an opportunity to work on the reboot or pay him for his ideas. Click here for full story.

After visiting Walt Disney World, Donna Lorman, president of the Autism Society of Greater Orlando, sued the company claiming that Disney would not provide her with the 10 passes to the Magic Kingdom so her son could ride his favorite attractions by going directly into the FastPass line.  In June of this year, the decision was reached that it was “unreasonable” for Disney to give such access to Lorman’s son.  It would make Disney’s system ripe for abuse- again. Click here for full story.

5. Disney Is Being Sued By College Athlete After Being Run Over by a Scooter

One college basketball star sued Disney after being ran into by a scooter in Disney’s Hollywood Studios.  While visiting, David Maynard was hit by a scooter from behind severing 97% of his left Achilles and requiring surgery.  Due to his Maynard missed the basketball season and therefore sued Disney for the loss of the season. Click here for full story.

6. Disney Admits Backlash Over Filming “Mulan” in Xinjiang Has “Generated A Lot Of Issues”

Following the release of the live-action Mulan on Disney+, Disney faced backlash as a Chinese government agency accused of human rights abuses in Xingjiang was thanked for helping make the film.  Even though the film was mostly shot in New Zealand, to ensure accuracy when it came to the unique landscape and geography of China, around 20 different locations were used in China.  It is customary to thank governments that allowed films to be produced in their country; however, this caused Disney some headaches. Click here for full story.

Jennifer Alejandra Insuasti was charged with one count of grand theft of $100,000 or more.  Insuasti worked as a Walt Disney World Cast Member and worked to issue refunds to unhappy Disney guests.  As she worked as a Guest Experience Services Coordinator, Insuasti directly issued refund money to her own account or the banks of friends and family. Click here for full story.

Michel Palus, of France, worked on the Disney Magic as the manager of food operations. On Nov. 18, 2018, he was working in the main pastry area when a pressurized chocolate canister, which was placed on boiling hot water, exploded in Palus’ face, the lawsuit states. Court documents say Palus suffered facial burns and permanent hearing loss in his left ear. Click here for full story.

9. Disney Tourist Arrested Outside of Magic Kingdom for Hiding Gun in a Planter While Blaming Her 6-Year-Old

Marcia Temple, 27, of Lithonia, GA was arrested and charged with carrying a concealed firearm on October 8th.  Prior to entering the temperature checks, Temple was seen hiding something in the planters at the Magic Kingdom’s Ticket and Transportation Center.  When questioned, Temple said, ““I had told my son to hold it for me and stand right here” while she went to get her brother to take the purse and gun back to the car, the report quotes Temple as saying. Click here for full story.

Between 2017 and 2019 a 53-year-old cast member stole $34,000 from the Walt Disney World Company.  As a cast member working at Magic Kingdom’s Transportation and Ticket Center, the accused would collect cash from guests for purchases and then void the transactions and pocket the cash for herself. Click here for full story.

Walt Disney World Swan and Dolphin Resort was sued for refusal to cancel a conference during the COVID-19 pandemic.  Cambridge Investment Research Inc sued the resort saying the hotel wouldn’t agree to nullify a contract for it to host a conference with 2,00o-plus attendees even though during the time it was “illegal, impossible or impracticable” for the firm’s conference to go forward. Click here for full story.

The Walt Disney Company faced many tough decisions throughout 2020 and these legal battles were some we wish we could forget.  Let’s hope that 2021 brings more magic, pixie dust and happily ever after.