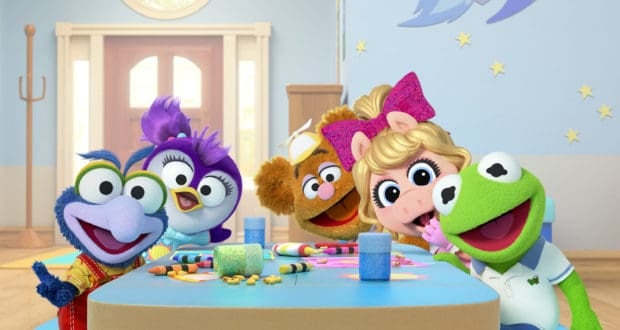 As a mom with young children, we’ll be the first to say the “Muppet Babies” series on Disney Junior plays on our television regularly! It’s cute, colorful, and adventurous. Well, Disney is now experiencing some woes over this popular reboot as they are being sued for copyright infringement.

As shared by Deadline: “A new copyright infringement and fraud suit against The Walt Disney Company over Muppet Babies is no romp in the nursery. Veteran small screen scribe Jeffrey Scott filed a four-claim complaint in federal court Oct. 22. In the document, Scott alleges that ideas new and old for the Disney Junior and Disney Channel reboot that launched in 2018 were lifted from his work.”

“In 2015, Disney began the early stages of developing the new Muppet Babies show,” the October 22 filing says. “In early 2016, Disney executives met with Scott at their request, and he presented detailed ideas for the show’s updated structure, look and characters, and for new episodes, with the understanding on both sides that, if Disney used Scott’s ideas and produced new episodes, it would pay for Scott’s ideas and honor the commitments that Disney’s predecessor, Marvel, and Jim Henson, made to him,” the complaint continues. “A Disney executive then emailed Scott asking him to send Disney his ideas in writing, which Scott did.”

“Scott is informed and believes that, when Disney executives D’Ambrosia and Sapire solicited Scott’s ideas for a Muppet Babies reboot, they and their superiors at Disney knew, and concealed from Scott, that Disney had assembled or was assembling a production team for the reboot, and that they and their superiors had no intention of offering Scott an opportunity to work on the reboot or to pay him for his ideas, which they intended to use without complying with their obligations under the parties’ implied agreement,” the jury trial seeking filing states.”

Disney did not reply to Deadline’s request for comment.