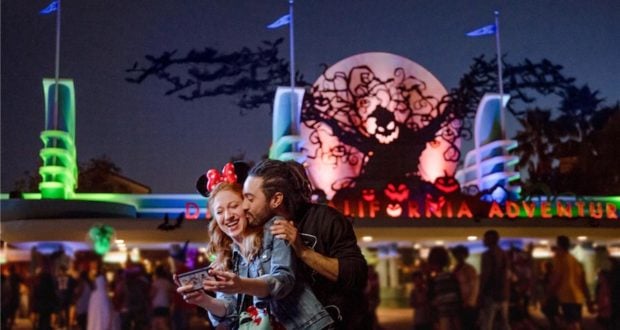 Disneyland Creepily Introduces Three New Villains & We Want Them at Disney World Too!

The happy haunts have materialized at Walt Disney World Resort! With spooktacular decor and merchandise spread throughout the Parks, it’s hard to believe it’s only August! While we may be missing Mickey’s Not-So-Scary Halloween Party at Magic Kingdom, Disney has begun the special ticketed event, “Disney After Hours Boo Bash“. Unfortunately, reviews aren’t super fantastic as Disney World fans are missing the spooky Halloween parade, Halloween fireworks, and even a special stage show such as the Hocus Pocus show that previously entertained Guests in front of Cinderella Castle. Over in Disneyland however, Disney fans are gearing up for the “Oogie Boogie Bash” which sounds like it will be a frightfully fun time! Most recently, Disneyland released a creepy video introducing THREE new Disney Villains for the Oogie Boogie Bash… and now want them at Disney World!

Disneyland’s Oogie Boogie Bash is a Disney Halloween Party where Guests will get to hang with Oogie Boogie and popular Disney pals dressed in their howliday best on select nights in September & October 2021. The event is described as a “Grim, Grinning Good Time” with details including, “Don your favorite costume for a frightfully fun night of Characters, tricks, and treats for Guests of all ages. The spell’s been cast! On select nights this September and October, Disney California Adventure Park will host a separately ticketed, Halloween spooktacular that includes after-hours Park access to treat trails, photo opportunities, entertainment, attractions, décor, and more. So, whether you’re a poised princess, galactic defender, or fearless hero, there’s something incredible for all.”

Sounds pretty fantastic, right? Disney World’s Boo Bash is a 3-hour ticketed event that lets you into Magic Kingdom 2 hours before the party starts. Disneyland’s Oogie Boogie Bash is a 5-hour ticketed event that lets you into Disneyland 3 hours before the party starts. Oogie Boogie Bash is offering a “Frightfully Fun Parade” and a “Mickey’s Trick & Treat” stage show. Boo Bash has mini cavalcades with Disney characters and a Disney Villain or two like the Evil Queen and the Maleficent dragon cavalcade, but no stage show. The cost for Boo Bash is between $129 – $199. The cost for Oogie Boogie is $114 – $169. Tickets are SOLD OUT for Oogie Boogie and the party dates haven’t even started yet. Boo Bash still has one party date remaining (Sept. 12) and the party dates are well underway. SO – yes, it sounds like Oogie Boogie Bash is the place to be over Boo Bash! And now, Disneyland is showing off three new Villains coming to their theme park with a fantastically creepy video.

As shared via DisneyParks TikTok: “Sneak Peek! We’re welcoming three new villains to this year’s #OogieBoogieBash – A #Disney #Halloween Party Can you guess who? #Disneyland”

Can you guess who? Our guess for the first Villain is the mean neighbor kid in Toy Story… Sid! He’s the one that takes toys and is brutally mean to them until Sheriff Woody straightens him out. The baby doll head on the spider legs makes sense as it was in Sid’s room. Second, we’re pretty sure we’ll be seeing Cruella in her red dress finest at the Oogie Boogie Bash. And last but not least, Agatha! Agatha is the seemingly friendly neighbor lady until we find out she’s an evil witch in the popular Disney+ WandaVision. We may just end up with a new favorite Disney Villain!

How great is this!? If you’re listening, Disney, this Disney fan love to see a few of these additions over at Disney World this Halloween season!