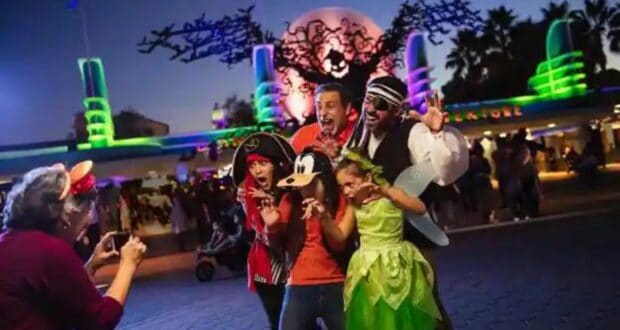 In just over two months, Disneyland Resort will begin celebrating the spookiest time of the year.  That’s right! Halloween time will be here before we know it! The Parks will be decorated with pumpkins, jack-o-lanterns, and bats, there will be a ton of incredible new food to try, Haunted Mansion Holiday will be showing Guests what it’s like when Christmas gets a Halloween twist, and, over at Disney California Adventure, Guests will be able to experience a Halloween party hosted by none other than Oogie Boogie himself. Oogie Boogie Bash first premiered at California Adventure in 2019, and it was an immediate hit. The party featured interactive treat trails, so Guests could talk to some of their favorite villains. There was also a walk-through area called Villain’s Grove that featured different villain themes. In addition to those awesome areas, there was also a Frightfully Fun Parade and a Halloween version of World of Color. Oogie Boogie Bash had to be canceled in 2020 because of the pandemic, but came back in 2021 better than ever. At last year’s Oogie Boogie Bash, Disney introduced new characters to the Park — including Cruella from its new film of the same name, as well as Agatha Harkess from the hit show WandaVision, and Sid from Toy Story. Guests loved being able to have the chance to see characters that regular Disney Park Guests did not, and this year, Disney is planning on bringing in even more new villains!

Disney teased the new villains on its social media accounts, and you can watch the video that was posted on Twitter below.

Let the frightfully fun guessing begin! Can you guess which two villains are joining this year’s Immersive Treat Trails at #OogieBoogieBash – A Disney Halloween Party? For more information about this separately ticketed event, visit http://di.sn/6009zYsVf

Let the frightfully fun guessing begin! Can you guess which two villains are joining this year’s Immersive Treat Trails at #OogieBoogieBash – A Disney Halloween Party?
For more information about this separately ticketed event, visit https://t.co/iEwOE0eTKp pic.twitter.com/pasRsY59QL

People were quick to jump in and guess who they thought the new villains would be and there seems to be a consensus that the dying flower pot is a reference to either Madam Mim from the Disney film, The Sword in the Stone, or Mother Gothel from Tangled. Personally, my money is on Madam Mim as she killed a flower in a teapot in the movie, so the scenes line up. You can watch the movie moment below:

Social media seemed to largely agree that the other villains making their Oogie Boogie Bash debut would be the wickedly incredible Sanderson sisters from Hocus Pocus! The three candles not only represent the Black Flame Candle that brings the sisters back, but there is a candle for each sister. The Sanderson sisters would also make sense since Hocus Pocus 2 is set to premiere on Disney+ on September 30. 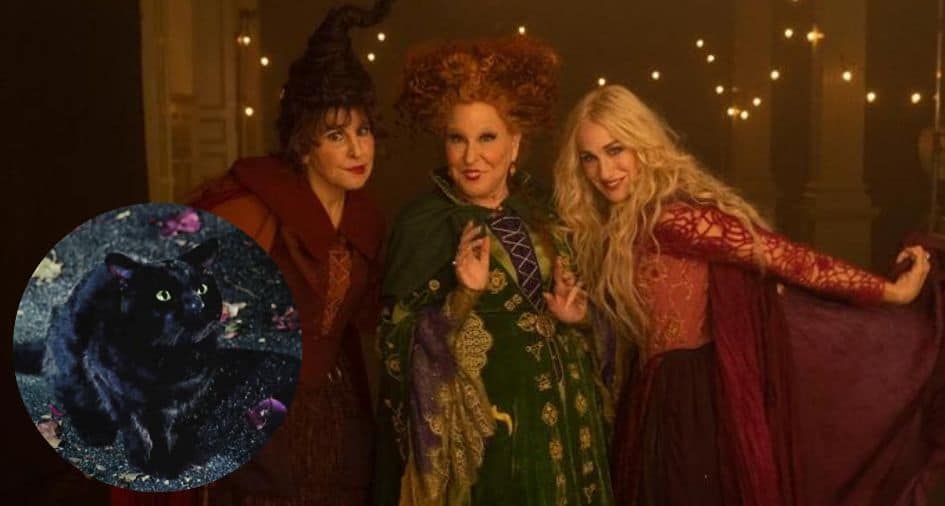 Oogie Boogie Bash will take place at Disney California Adventure Park on select dates beginning September 6 and ending on Halloween night. Guests who purchase a ticket to Oogie Boogie Bash will be able to get into California Adventure as early as 3 p.m. on the day of their party without needing a theme park reservation. However, it is important to note that access to Disneyland Park is not given.

You can read more about Oogie Boogie Bash and purchase tickets by clicking here.