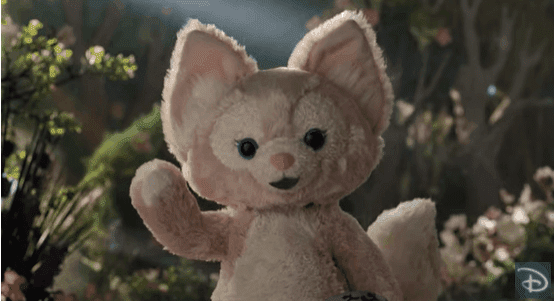 For over 15 years, Guests around the world have loved getting to know Mickey’s first teddy bear Duffy and all of his friends, including ShellieMay (another bear), Gelatoni the Cat, and StellaLou the Bunny. More recently, Guests have also seen the creation of CookieAnn the dog at Hong Kong Disney, Mel the Turtle at Aulani, and LinaBell the Fox at Shanghai Disney. These adorable animals are not only available for sale as plush toys, but they also have a number of Guest meet and greets throughout the Parks. 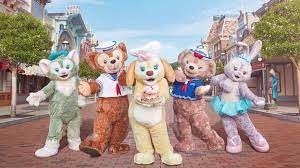 Recently, a Guest videoed their less-than-stellar encounter with LinaBell at Shanghai Disney. The Guest then shared the video on Weibo — a Chinese blog site — and it quickly went viral as people were shocked by LinaBell’s behavior. In the video, the Guests ask LinaBell if they can touch her tail, and the pink fox gestures as if she wants them to leave. They then ask for a kiss and LinaBell pretends to take a kiss and throw it on the ground and stomp on it. 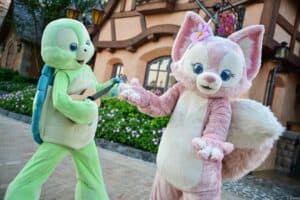 You can watch a video of the encounter here.

Disney has become known for the incredible character encounters that Guests can have, and some characters are so popular that Guests will wait upwards of an hour to have the chance to visit them. Guests were quick to chastise Disney and its seemingly untrained Cast Member for their behavior and shared their thoughts on the video. Vice News translated some of the comments in an article:

“She is supposed to be a brave, adventurous little fox, but some performers are making her look so rude,” a commenter posted on microblogging site Weibo.

“Can’t even give a kiss?” said one of the most liked comments the same site. “Then why spend money visiting Disney? To get offended?”

“The performers are working hard no matter what,” another top-voted comment said. “But please treasure visitors’ sincerity in visiting from afar and queuing for hours, just to exchange a few words with her.” 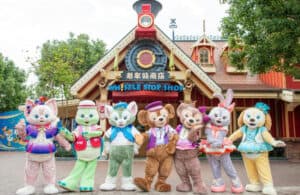 While many were critical of the performer and demanded that they receive better training, some viewers empathized with the Cast Member, citing that they may have worked long hours in the heavy costume before the encounter that was filmed.

LineBell was only introduced to Disney fans this past September, but her popularity has skyrocketed, and the pink fox constantly trends on social media when new videos of her are posted. Fans have also taken to noticing when different people play her and try to guess who is portraying LinaBell on any given day.

Disney has not responded to the Cast Member’s actions, or its training policies and possibly revamping them at this time.

What did you think of the Cast Member’s behavior in the video? Do you think more training is needed?