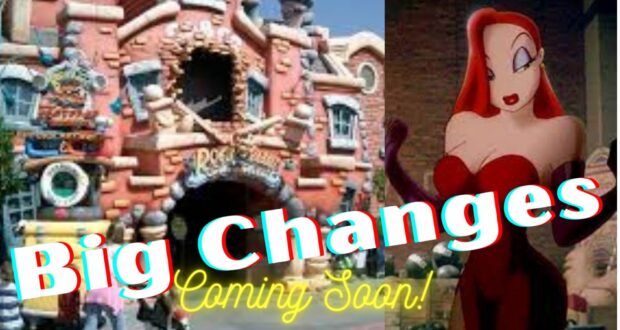 In recent months, Disney has shared lots of news of proposed and upcoming changes within its parks. The 50th anniversary of the opening of Walt Disney World is cause for celebration, and with the celebration come adaptations, additions, and deletions of new rides, experiences, and shows.

One attraction, in particular, is on deck for some pretty big changes–and we’re not talking about Splash Mountain at Disney World this time.

In order to make the attraction’s story “more relevant,” Disneyland is making changes to the story that is told during the ride, specifically as it pertains to Jessica Rabbit, the sultry, voluptuous wife of Roger Rabbit. 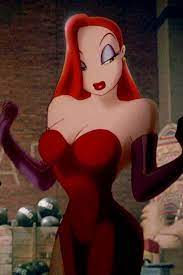 “Jessica Rabbit has determined it is past time for her to throw her fedora in the ring by starting her own private investigation service,” according to the backstory of the attraction. 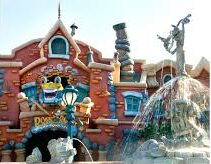 Before the changes, Jessica Rabbit made an appearance in two different scenes of the ride. In the first scene, the storyline for the attraction included her being placed into the trunk of a vehicle by the villainous Toon Patrol Weasels.

That scene has already been changed. Now, instead of Jessica Rabbit being tied up in the trunk, the new scene has barrels of a substance called “Dip,” a cartoon-erasing paint thinner, in the trunk.

The finale scene currently includes Jessica Rabbit, and Disney has said changes will take place in that scene of the attraction as well.

Catch a ride in a taxi and follow Roger Rabbit and Benny the Cab as they race through Toontown in search of Jessica Rabbit. Beware—the villainous Weasels are pouring slippery Toon-melting Dip in the paths of passing vehicles—including yours!

Crash and dash into Bullina’s China Shop and slip and slide through the Power House. Spin wildly into the Gag Warehouse storage area, where the Weasels are waiting to take aim at your cab. 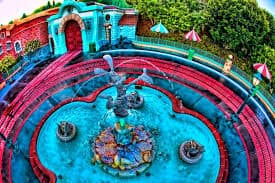 Roger Rabbit’s Car Toon Spin is based on the hit 1998 film, Who Framed Roger Rabbit? which grossed a cool $330 million at the box office. Roger Rabbit is a superstar among cartoon characters, but he’s accused of murder and looks to Detective Eddie Valiant to help find the real killer. 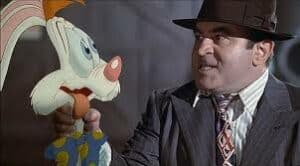 The attraction inspired by the film first debuted at Disneyland Resort in California in January 1994, and at Tokyo Disneyland in April 1996.

jessica rabbit roger rabbit splash mountain toontown 2021-09-15
+Becky Burkett
Previous: Wanna stay the night in this adorable Winnie-the-Pooh ‘BearBNB’? We do too!
Next: ‘World’s Luckiest Fishing Village’ will now be the home of the only Disney Store in Florida