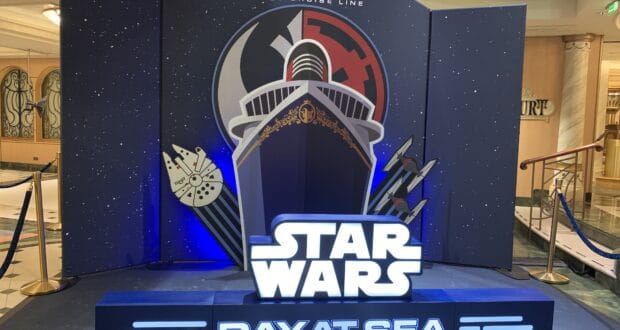 I am a huge ‘Star Wars’ fan, I have been since 1977. When I learned a few years ago that Disney Cruise Line was going to have a cruise with one whole day dedicated to my favorite franchise, it became my dream vacation. My daughter is also a ‘Star Wars’ fan, and my husband tolerates my obsession. 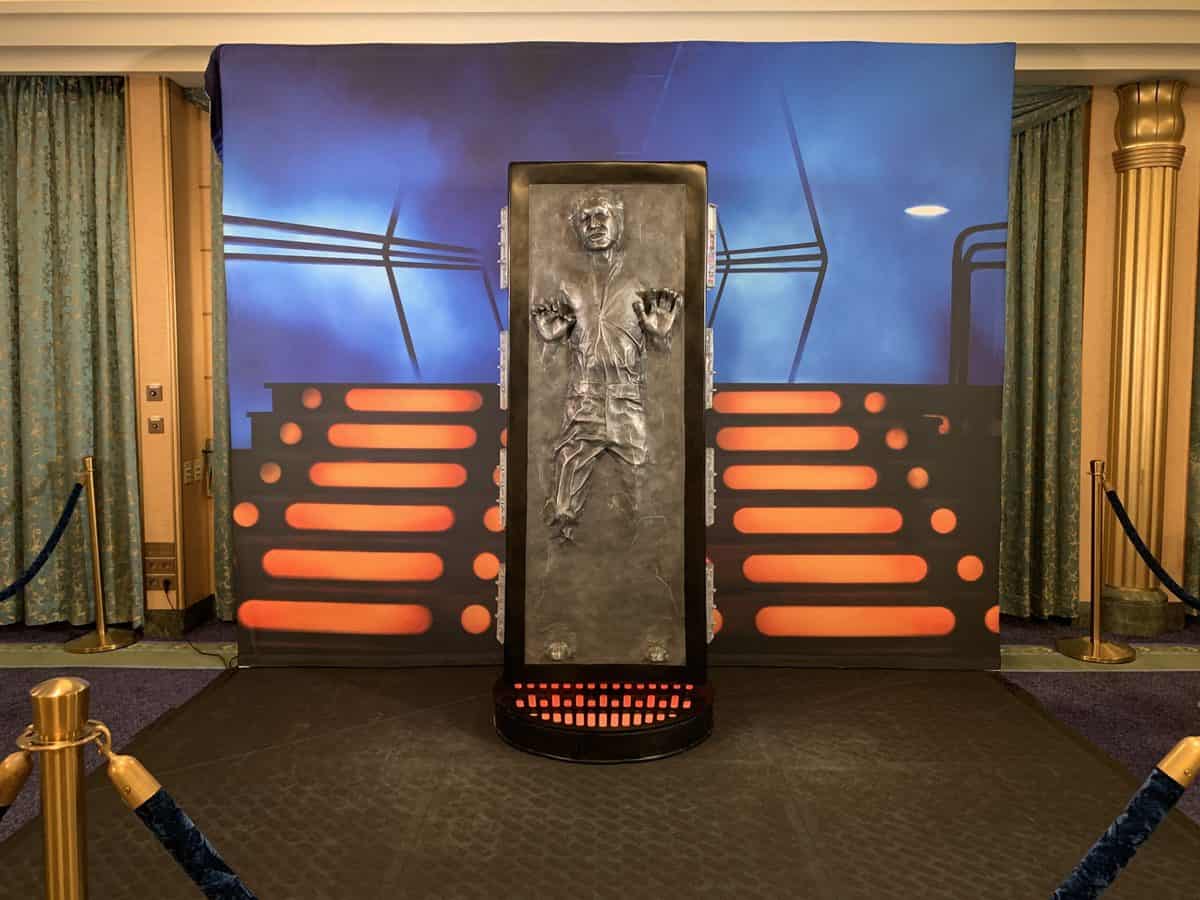 Our Star Wars Day at Sea was held the day after our stop at Castaway Cay didn’t happen, so it helped to take some of the sting out of that disappointment.

Three years ago, way before COVID, I was on a Marvel Day at Sea Cruise on the Disney Magic. At the time I didn’t know Marvel all that well but had a blast, and I was interested to see how the two themes would compare.

I’ll start with characters. There were plenty out and about all day long. Some weren’t the characters that I expected to see. We saw jawas, Asoka Tano, Sabine and Ezra, and plenty of others. One of my favorites was the Gamorrean Guard, who really like my Han Solo in Carbonite phone case. 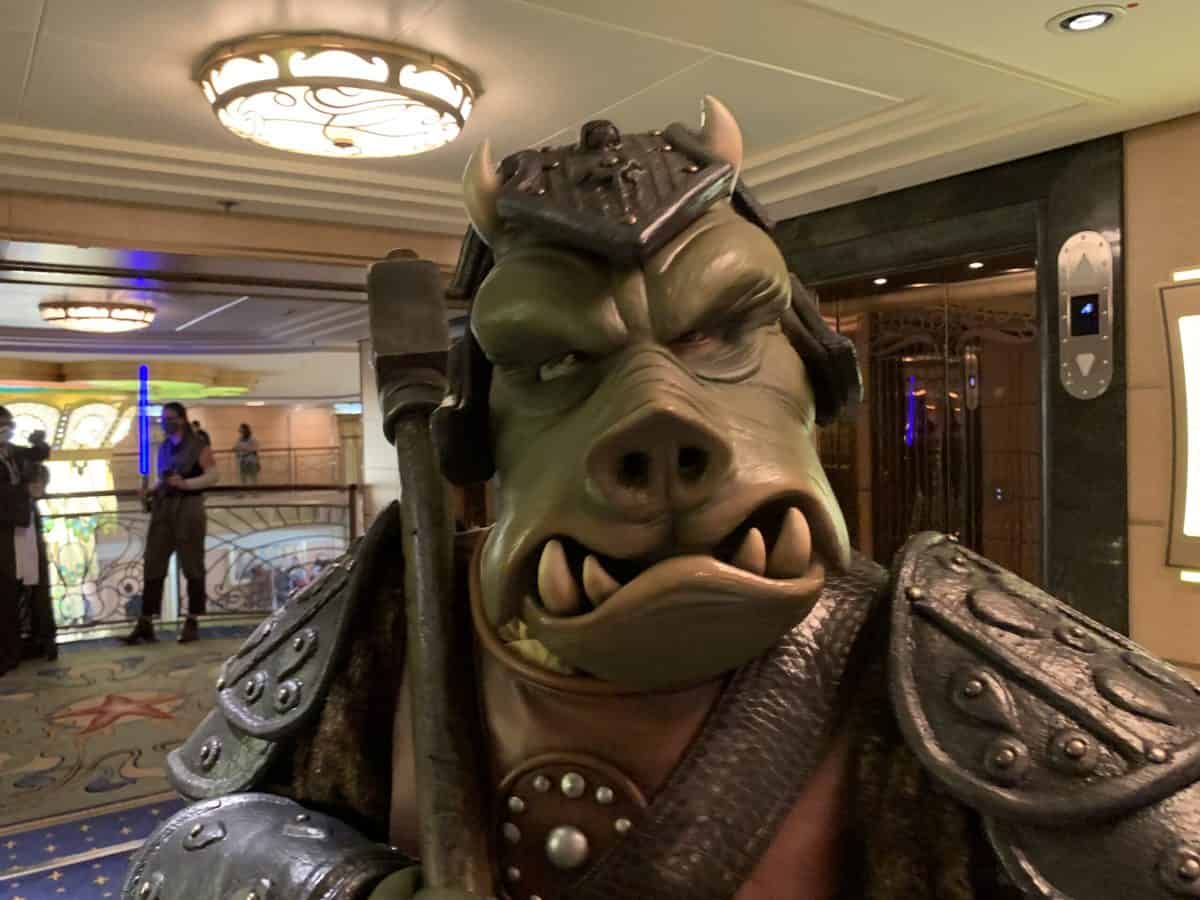 There were two character greetings that you needed to book ahead of time. During a normal year these would go fast, but there were only about 1,350 people on the ship so there were still slots available that morning.

The first of the special greetings was with Darth Vader. He waited menacingly in The Vibe. There was a Shutters photographer there, and we could also use our own camera. Darth Vader talked, but it was all prerecorded phrases. 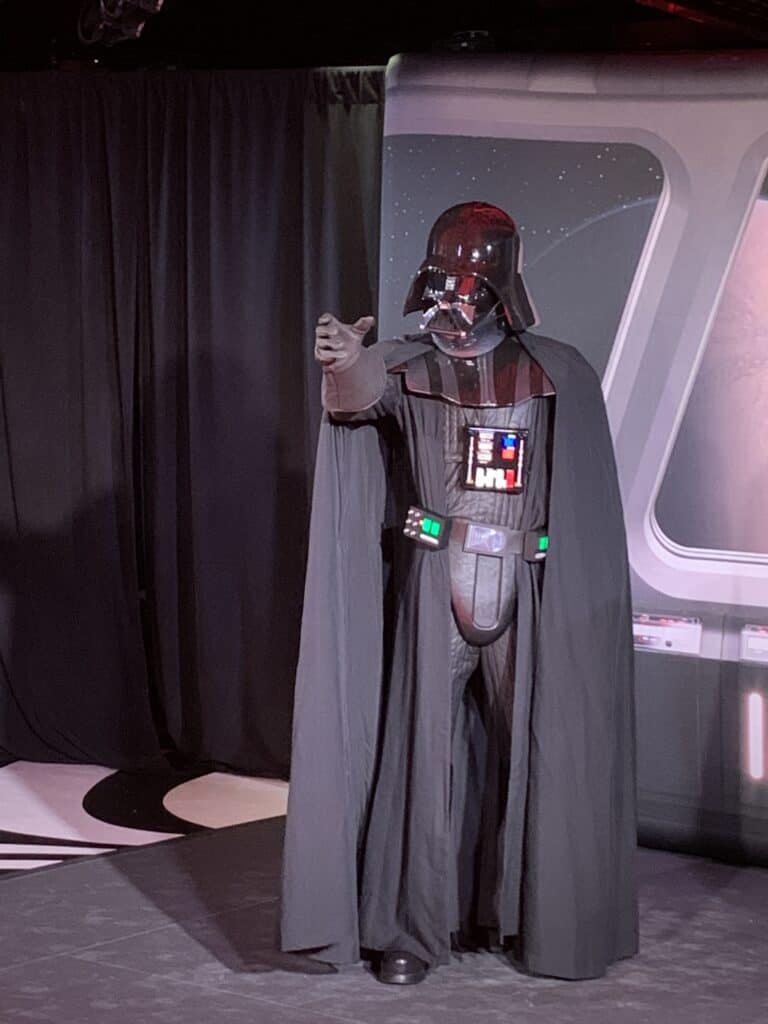 The second special greeting was in Animators Palate. There we first met C-3PO and R2-D2, and then Chewbacca. Things were handled the same way as the greeting with Darth Vader.

All of the ‘Star Wars’ movies played in the Buena Vista Theater at some point during the cruise. For Star Wars Day at Sea, there was also a special showing of ‘The Book of Boba Fett’ in the Walt Disney Theater. 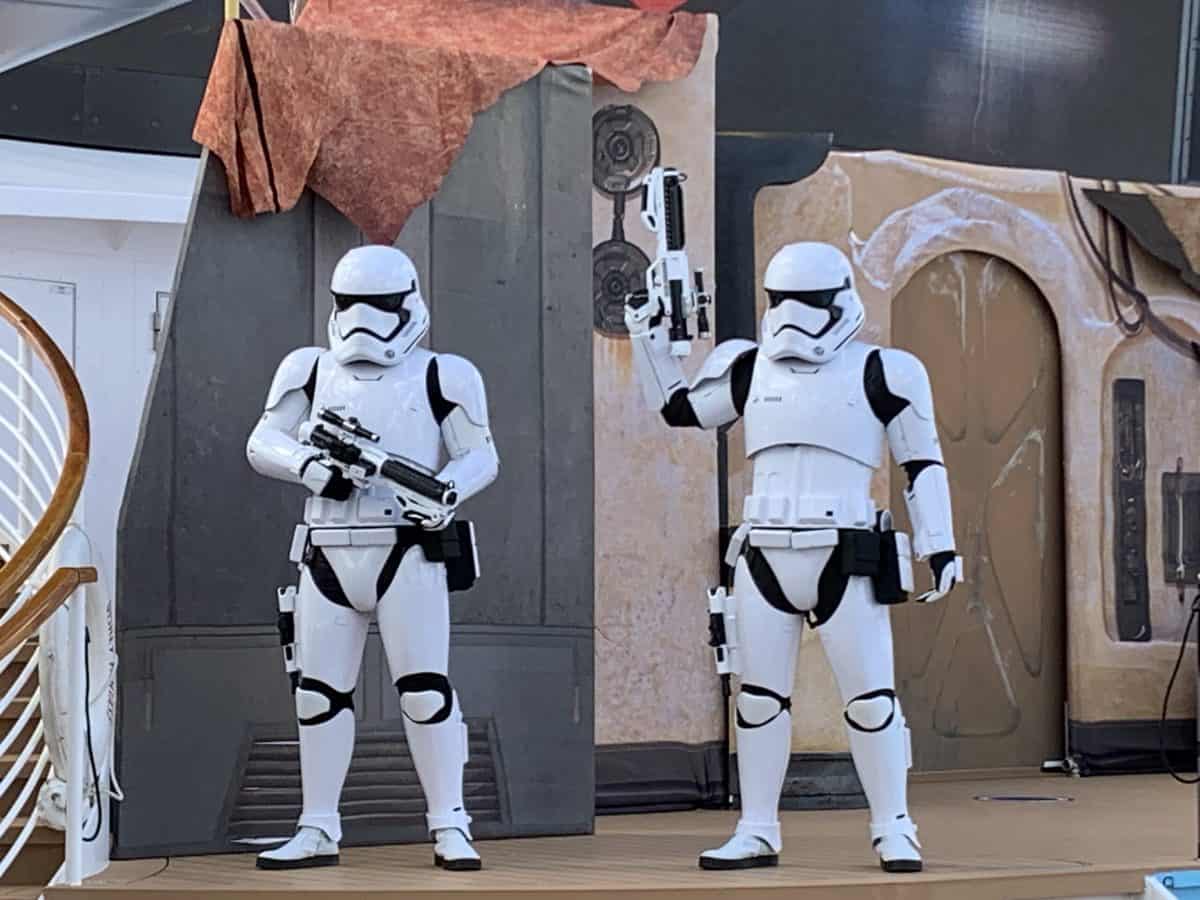 There was a show of sorts with Rey and Stormtroopers that took place by the pool on several occasions. The times were listed in the Navigator App. After the show, the Stormtroopers stood on the side for pictures, but they weren’t there for long because Rey would come back and they’d follow her out.

There was a special ‘Star Wars’ themed dinner that night. It featured foods with ‘Star Wars’ names. This was my favorite meal of the cruise.

The evening ended with a show where the characters came back with a demonstration of the light and dark sides of the Force. To watch, each group of Guests stood on a dot, to keep parties apart. Scenes from the movies played in the background. 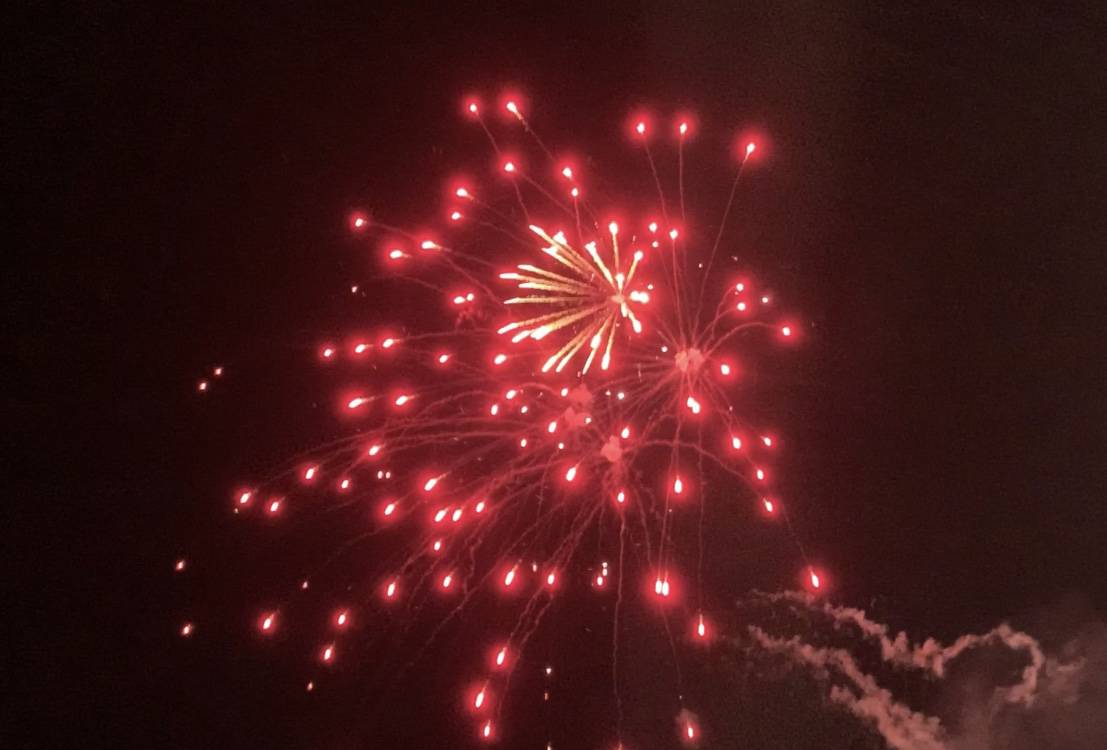 The ‘Star Wars’ fireworks were held the following night.

All in all, Star Wars Day at Sea felt like there was less to it than Marvel Day at Sea, but that could be in part because of the pandemic. The Marvel show at the end of the night was better than the ‘Star Wars’ one because there was more of a story, but I still enjoyed it.

I would have liked more classic characters at Star Wars Day at Sea. That said, it was still a great time.

My family and I already want to book another one next year, if Disney Cruise Line brings it back. If they don’t, Pixar Day at Sea sounds like it will be a lot of fun…

Disneney Fantasy disney cruise line star wars 2022-01-28
PaulaK
Previous: After Being Closed for Over 650 Days, a Disney Favorite Reopens!
Next: Cruising During COVID: The End of the Cruise