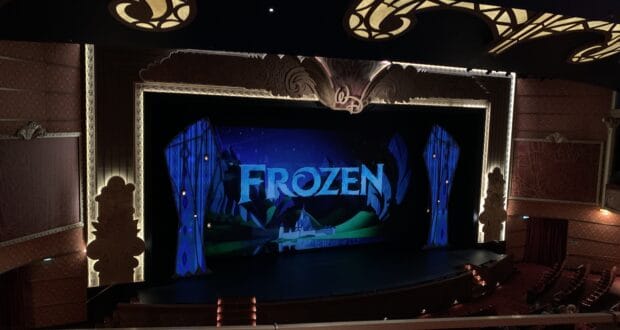 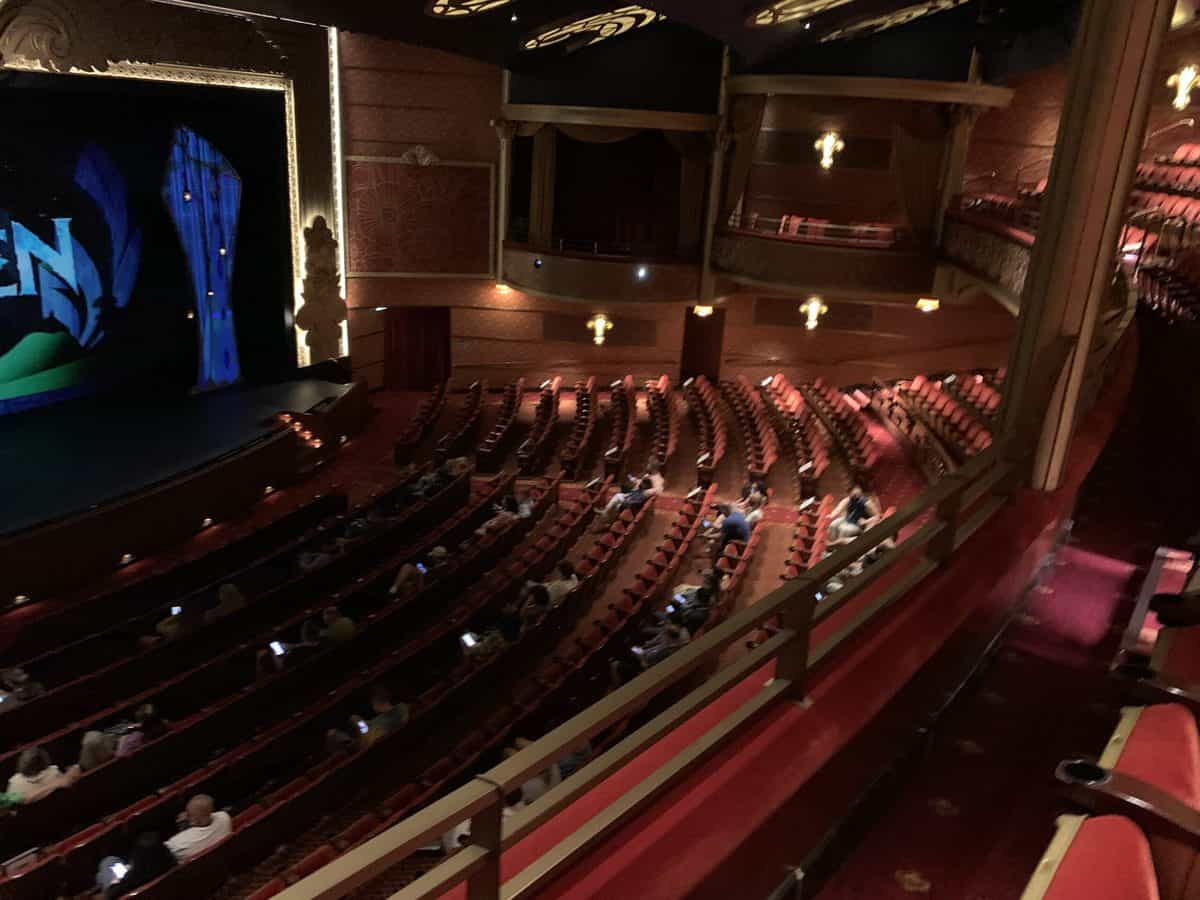 Each show ran four times during our cruise. It would take place two different nights, once for second dinner seating and then again for first dinner seating. The order was ‘Frozen’, ‘Believe’, and then ‘Aladdin’. The other night the Walt Disney Theater played ‘Star Wars’ movies, because it was a Star Wars Day at Sea cruise.

Parties were escorted into the theater instead of just entering and finding a seat. Every other row was blocked off, and groups needed to keep at least three empty seats between them and the next people. We were required to use hand sanitizer before entering the theater. 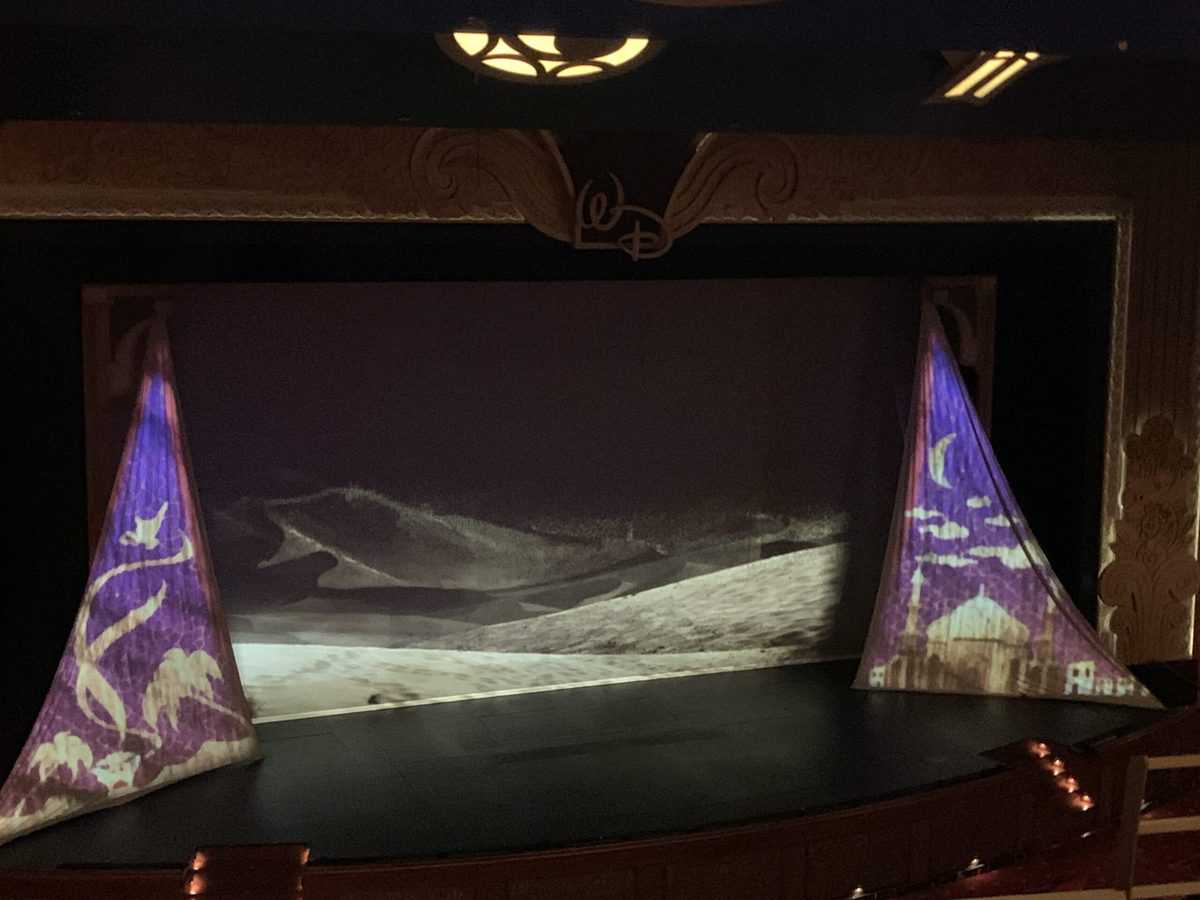 One change from past cruises was that food and drink were not allowed inside. That is because face coverings were required to be worn at all times. Matthew, the Cruise Director, reminded us of that before each show started.

There was still entertainment in the smaller venues. Tables were blocked off to keep people apart, and if a venue reached capacity, no one else was allowed in.

There was often live music in either the atrium or in the 18 and up area. It was background entertainment. 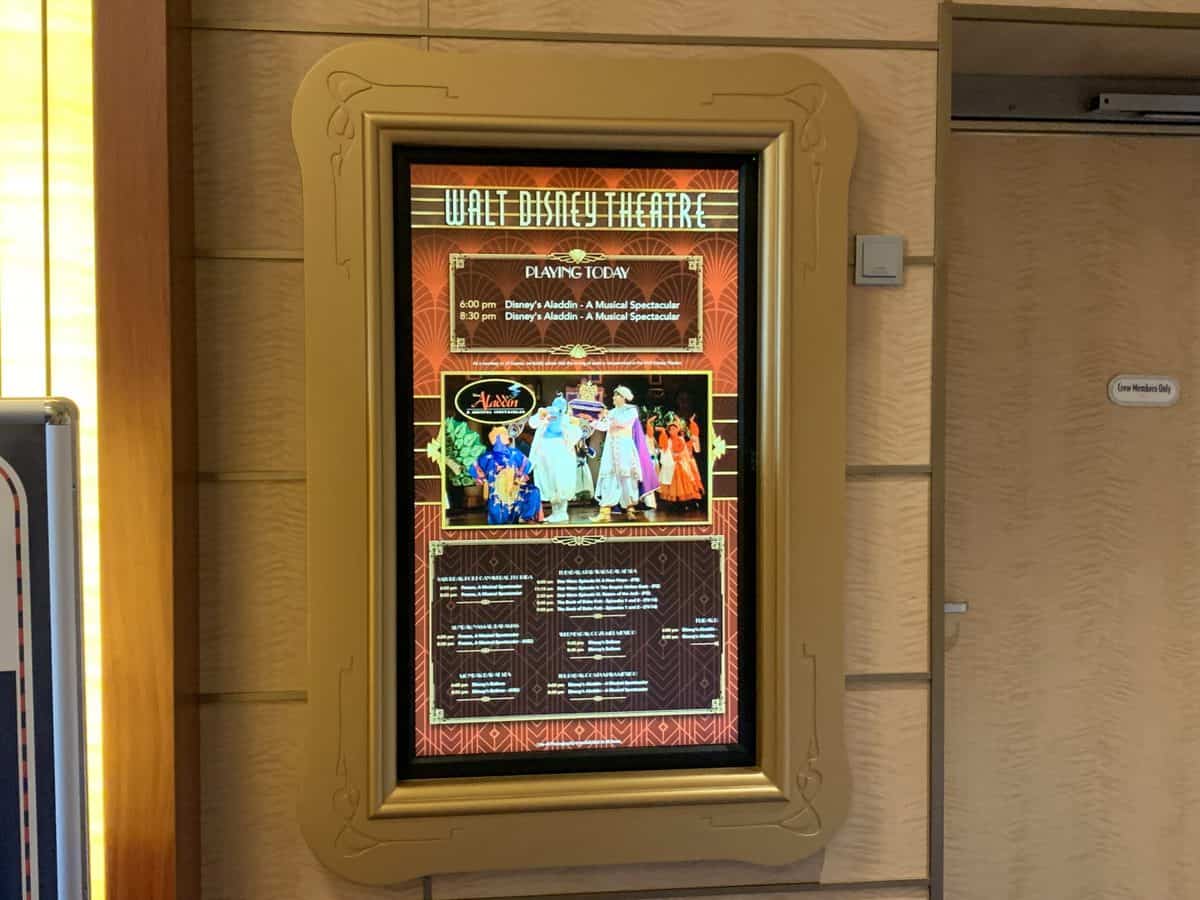 There was no Sail Away Party and no Pirate Night. There were still fireworks. They were ‘Star Wars’ themed, but they weren’t held on our Star Wars Day at Sea day.

We were given the time to see the fireworks in the Navigator App. There were two showings, but only one was listed, and it was based on our dinner time.

The upper decks were the best place to watch. There were dots for each party to stand on, and there were plenty of good viewing areas. The fireworks lasted about four minutes. 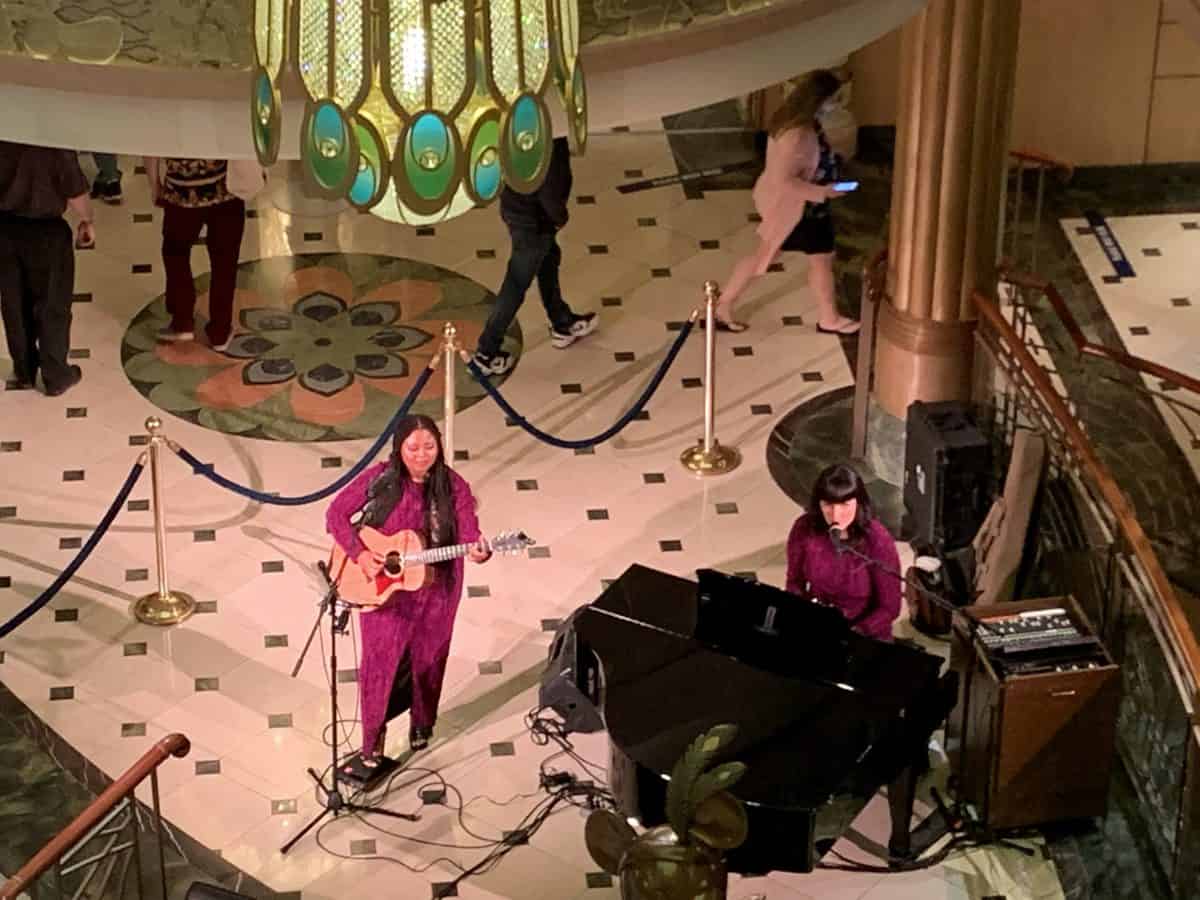 I’ll admit that I liked having slightly less entertainment than past cruises. We got to see all the major shows, and we still had some evenings free to watch the sunset or wander through the ship.

disney cruise line Disney Fantasy 2022-01-26
PaulaK
Previous: February 2022 Walt Disney World Refurbishments
Next: What I Would Do on a Winter’s Day in Frozen’s Arendelle