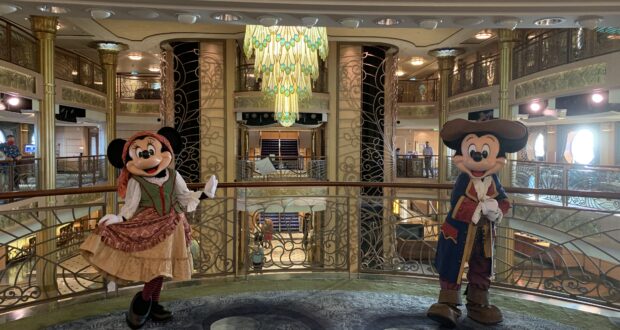 Characters are one of my favorite parts of cruising with Disney Cruise Line. Even though there were no children in our party, the characters bring out the kid in all of us. 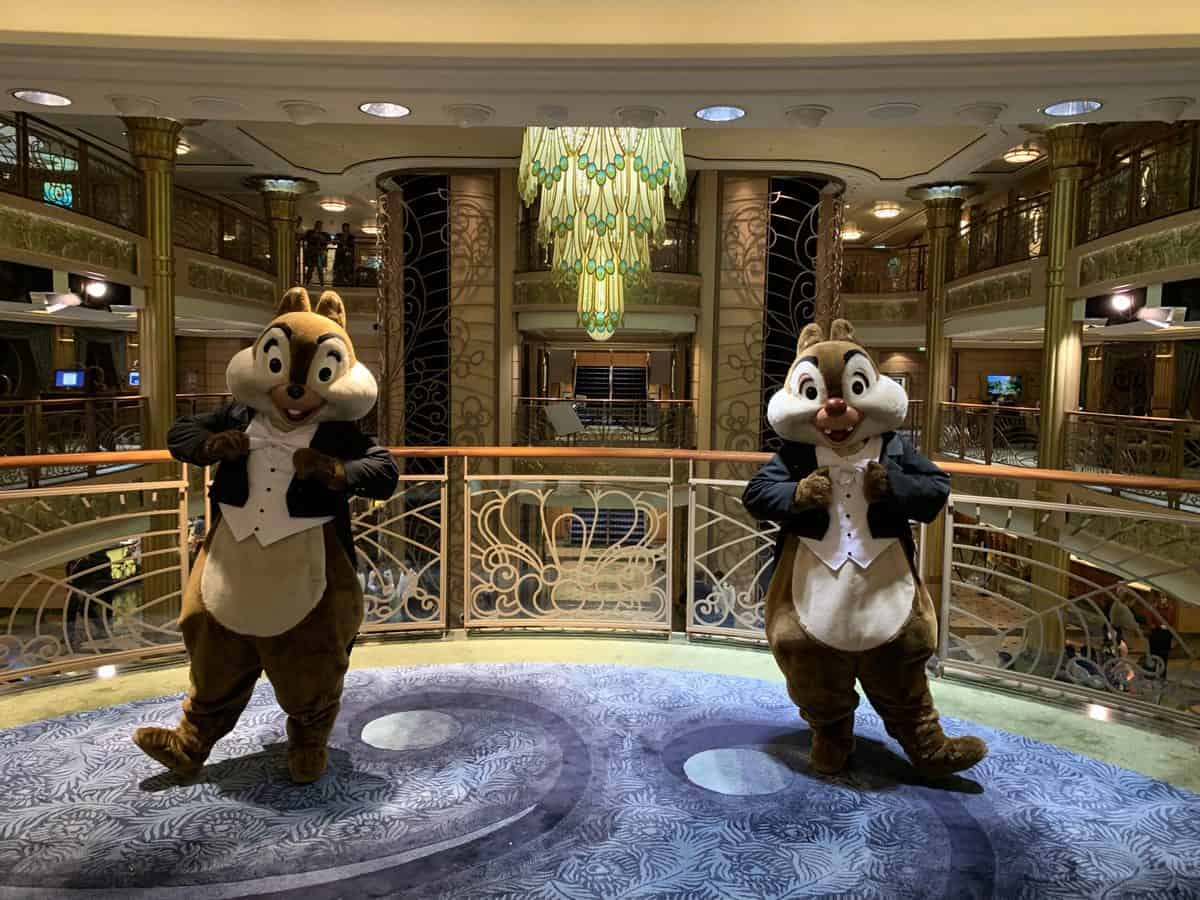 There were a lot of characters on our cruise. I lost track of how many times we saw Mickey and all of the different outfits that he wore.

The characters were often seen on Level Four above the atrium, on the stairs by the Minnie statue, and on the upper decks. General character times were listed in the Navigator App, but the specific characters weren’t usually mentioned. 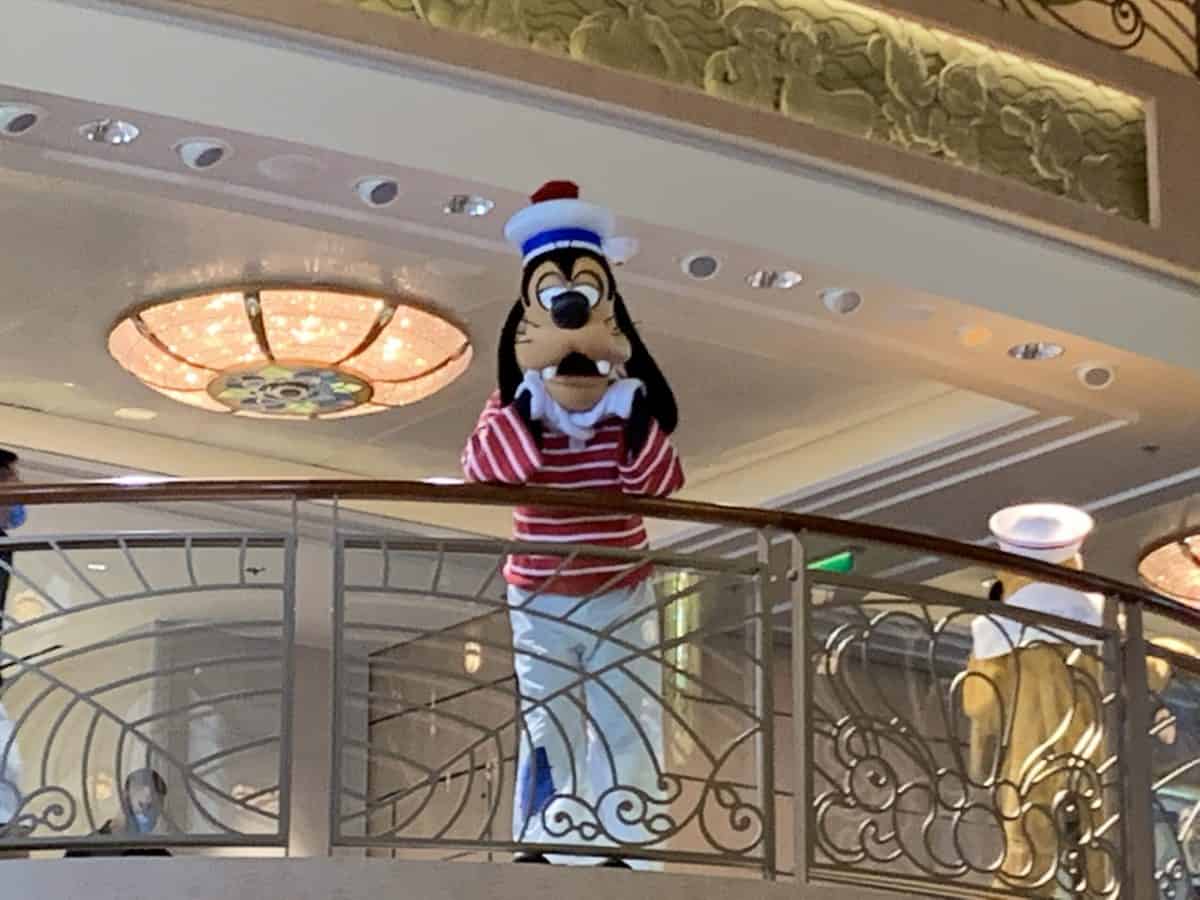 To get a picture, you would stand on the large dot that was placed in front of the characters. In the indoor locations there was usually a Shutters photographer on hand to snap a few pictures. He or she was not allowed to take pictures with your camera or phone. 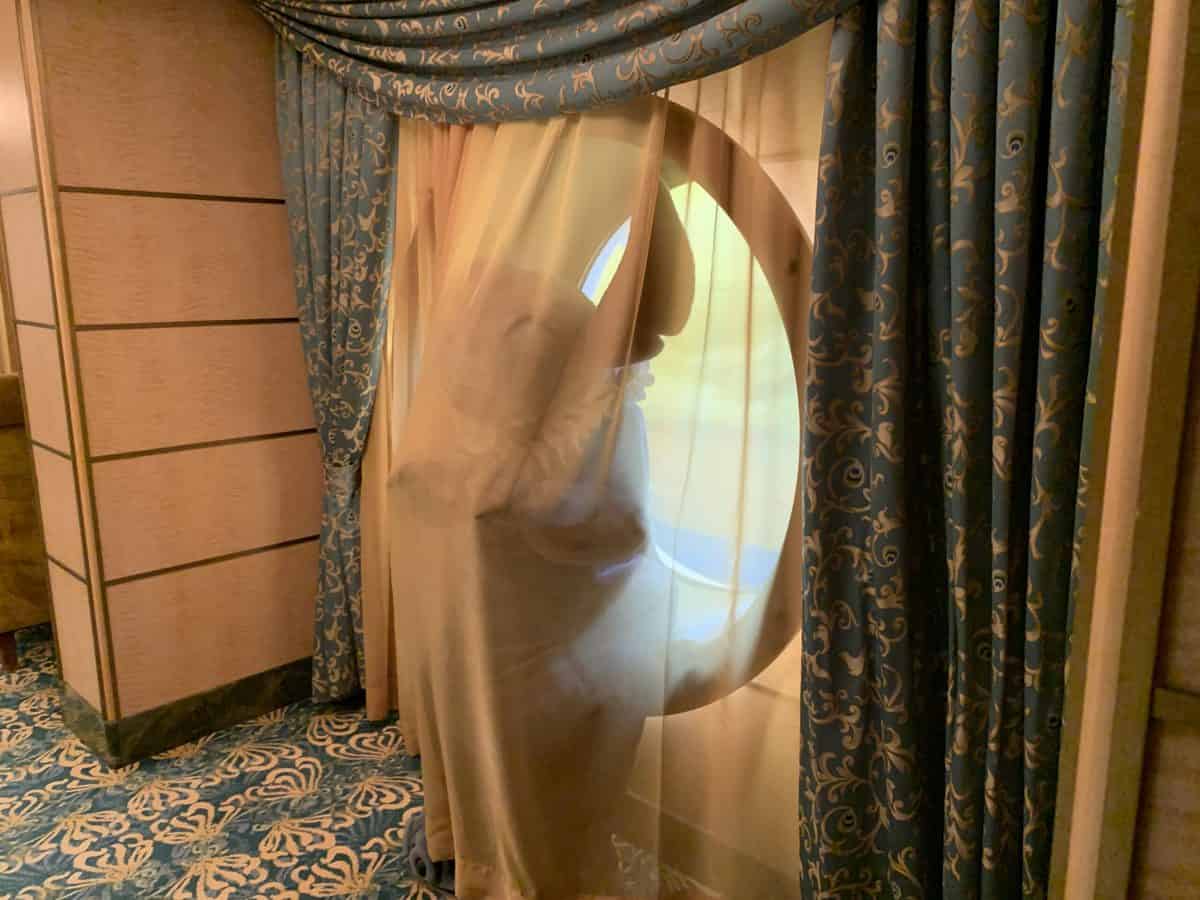 Since the ship wasn’t crowded, there was plenty of interaction with the characters in most spots. We played Hide and Seek with Stitch. We had a long conversation with Peter Pan, as my husband tried unsuccessfully to explain to him what baseball is.

There was rarely a line for the characters. There were several times each day when we would see a character with no line at all. There was a lot of joking in character with the Crew Members when there was no line. 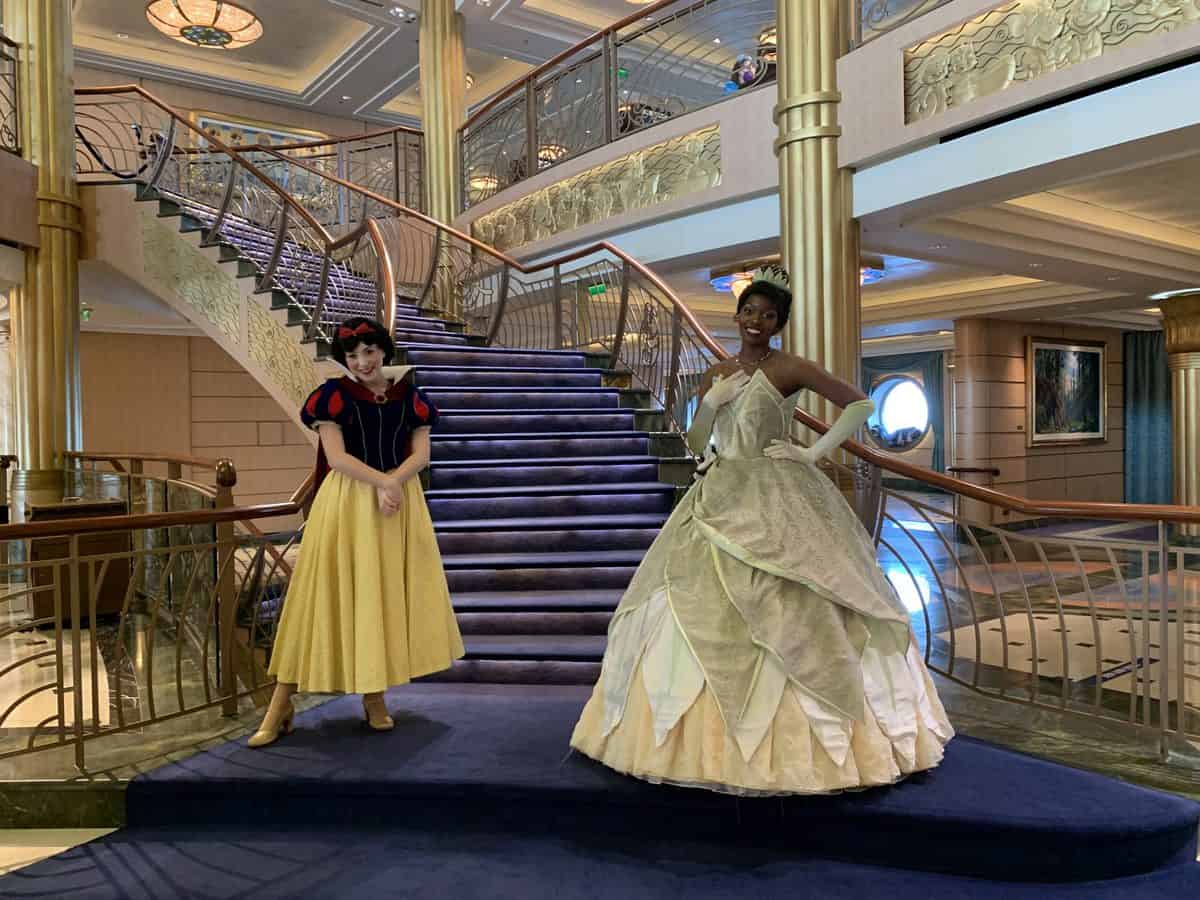 There were a couple of dance parties that were held with the Fab Five characters (plus Daisy) up on Deck 11. Parties stood together on a dot, and the characters came out and danced on the stage. These were fun, and not crowded at all.

The characters on our cruise exceeded our expectations. Even though we could not get a hug or an autograph, we still enjoyed each meeting. It was nice to not have to wait in line or hurry through a greeting.