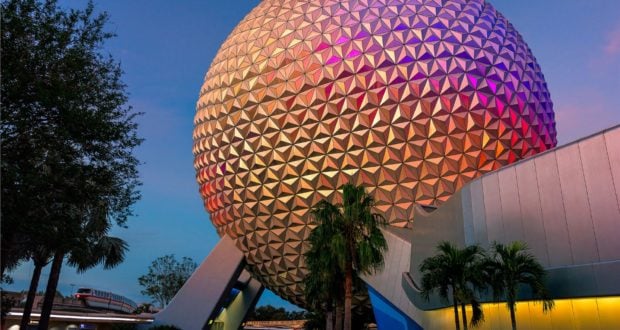 Crowd Review: Epcot on a Saturday in October

We keep hearing about the crowds at Walt Disney World lately. Walt Disney Company CEO Bob Chapek recently said that the parks are capped at 25% capacity, and that the number will not increase under the current conditions. Still, if you went to Epcot in July and then you went again on a weekend in October, you would feel the difference in the crowds! The 25% is based on a number that has rarely (if ever) been reached. It’s not 25% of what a pre-COVID October day would be.

My daughter and I went to Epcot on Saturday, October 24. According to the Availability Calendar, the park was at capacity in all three categories. We don’t know what the maximum capacity is at Epcot, but 25% does make it feel pretty crowded!

Things started off promising as far as the crowds were concerned. We had stayed overnight at Disney’s Yacht Club Resort, so we walked over and entered through the International Gateway entrance. We didn’t see any crowd at all! There were long stretches that were totally empty on the far side of the park. I began to wonder if maybe we would not see long lines and large groups of people.

We had skipped breakfast, so we decided to have an early lunch at Regal Eagle Smokehouse. This has become our go-to quick service option in the park. It has also been the worst location for Mobile Ordering for us, we once waited over 30 minutes for our food after we ordered it. That wasn’t the case this time! We received the notification that we could pick up our food about five minutes after we hit “I’m here” on the My Disney Experience App.

Inside the restaurant it was the same. There were maybe three or four other parties dining. I had never seen the eatery that quiet, even after social distancing started. One tip that I will often give is to eat at off times, and this was a good example of why. It was empty because it wasn’t yet the traditional “lunchtime”. I always like my food there, but for some reason it was even better this time.

We left Regal Eagle thinking that maybe the crowds were exaggerated at the park. That thought was soon gone for good. The closer we walked to the front of the park, the thicker the crowd became. We had seen on the My Disney Experience App that there was a five minute wait for Gran Fiesta Tour Starring The Three Caballeros. Since all the other waits were 40 minutes or higher, we decided to ride. That five minute Wait Time was deceptive. It might have been only five minutes once you got in the line, but getting to that line was a different story. There was a line to get inside the Mexican pyramid! That was something that I had never seen before.

What was strange about the crowd was that there were parts where it was heavy, and others that were empty. Social distancing was possible, but only if you really paid attention. Each guest needs to make a real effort to stay six feet away from others, which not everyone was willing to do. I did notice that mask compliance has improved dramatically since Disney has started to escort people out of the parks for not wearing them properly.

When the crowds are heavy at Epcot, you can still find things to do where you won’t have to wait too long. One of my favorites is the Disney and Pixar Short Film Festival. I have never seen a wait for these three films, and they are definitely worth a watch! This isn’t the only place where you can watch a film and take a break from the crowd. There are now several films that you can choose from, and many guests walk right by.

After we left the theater we noticed that Winnie the Pooh was out with his butterfly net, so we watched until he went back in. It used to be that Pooh and Joy would both come over to the fence that is near Journey Into Imagination With Figment, but the past couple of times I’ve seen them they have stayed more in the center of the field. I think that this is because too many people were gathering at the fence to get a picture. There wasn’t much social distancing when that happened.

The Taste of Epcot International Food & Wine Festival continues. That will run through November 22. The lines at the Global Marketplaces were not ridiculously long. I’ve seen them worse.

Whenever possible, Disney is keeping the lines outside. That said, it isn’t always possible at Epcot. A ride like Soarin’ is totally indoors, including the entire queue. The last time I was there, a crowd gathered at the bottom of the stairs after they were done with Soarin’. I guess someone realized that it was a problem, because there was a Cast Member there, directing traffic by the stairs. It worked much better.

We did not stay until closing. I don’t like staying at Epcot too late during a festival, especially on weekends, because the number of people who have had too much to drink tends to rise. I did check the Wait Times later in the day, about an hour before closing. The waits had gone down considerably. We left through the International Gateway exit. By the time we left, that part of Epcot was crowded as well. If you plan on going on a day where the current capacity is expected to be reached, arrive early, and get in line for your most important ride immediately. You should then be able to do everything that you want to do. 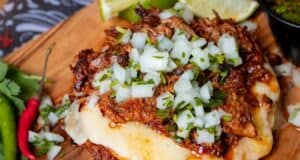