As promised in an email to Cast Members last week, so-called “boomerang CEO” Bob Iger hosted a Town Hall-style meeting with invaluable Disney employees that began at 9:00 a.m. Pacific. Iger’s email said the new CEO would be back on Monday at the Walt Disney Studio Lot, and that he was eager to get back to work with former co-workers and to meet new Team Members. Iger further told Cast Members he’d be addressing questions from them, as well as discussing the future of the company:

On Monday, I will be returning to the Walt Disney Studio Lot, a place I have always loved. I’m eager to be rejoining dear colleagues and meeting new team members who’ve become part of our company over the past year. To start the week off, please join me in a Town Hall at 9 a.m. PT on Monday, where I will talk about the future of this incredible company and answer your questions about the work ahead as we build on Disney’s legacy of creativity, innovation, and inspiration.

The virtual meeting was only open to Cast Members with company IDs and access to Disney’s online portal for employees, and from the number of, and variety in, submitted questions, the meeting appeared to be well-attended, but as Iger fielded those questions from Cast Members, he sounded like “Iger the Deflector,” rather than “Iger the Fixer.”

He was asked various questions on a myriad of topics and current problems and issues with The Walt Disney Company, and many of those questions concerned hot-button topics, like Disney’s response to Florida’s Parental Rights in Education law, Chapek’s talk of a hiring freeze at Disney, the Park Pass Reservations System, restoring Cast Member optimism, and more.

When asked whether Disney will avoid making further political statements, Iger’s response was vague at best.

“There’s a missed idea of what politics is,” Iger responded. “I don’t think when you’re telling stories and trying to be a good citizen of the world, that’s politics. It’s not. I’m going to try quiet things down, but all subjects shouldn’t be political.” 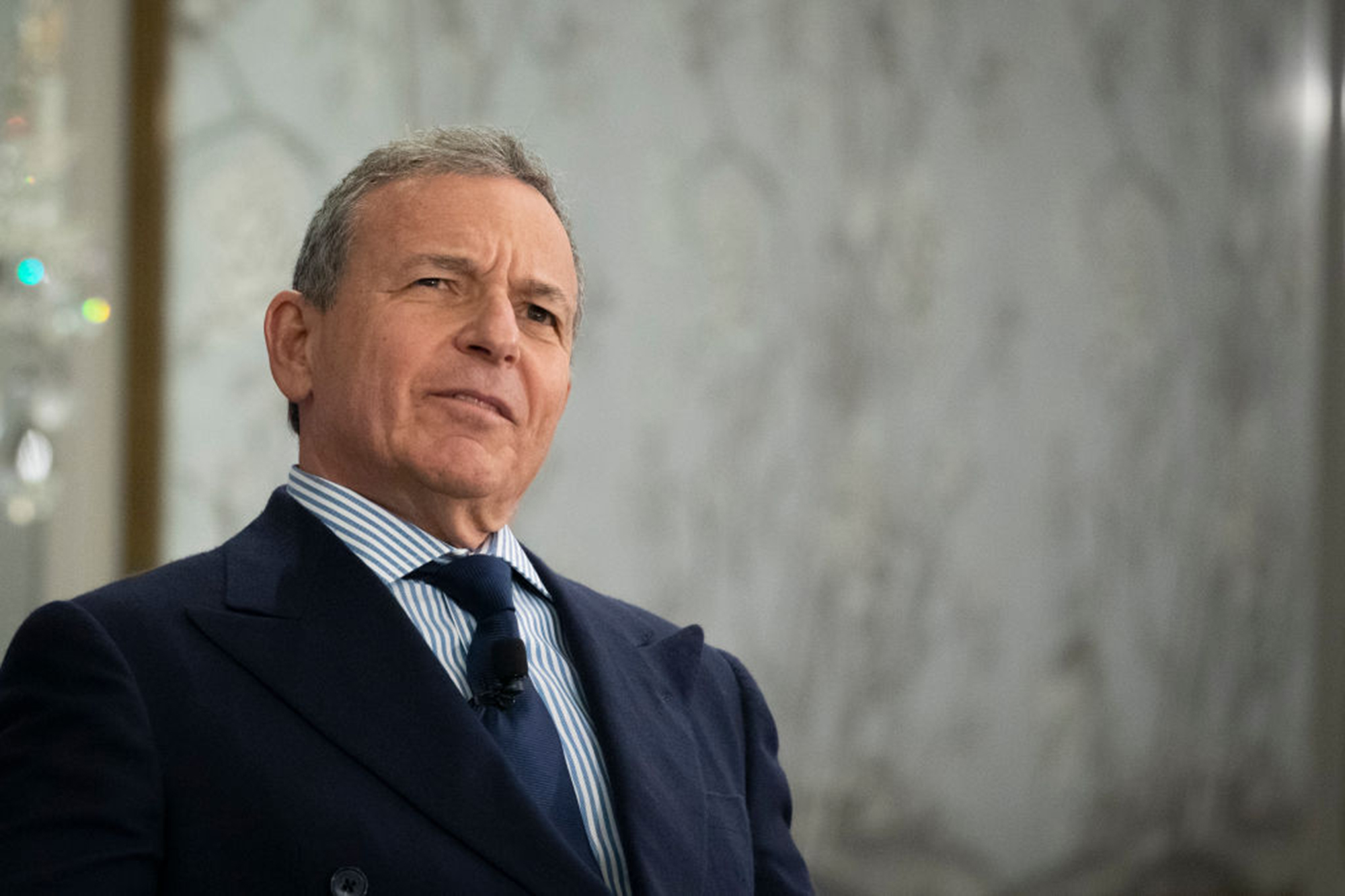 A Cast Member submitted a question to Iger about the upcoming dissolution of Disney World’s Reedy Creek, set into motion by legislation aimed at dissolving Florida’s special tax districts with inception dates after 1967. But Iger’s response sounded very flippant, nearly apathetic, and included phrases like “I have no idea” and “I don’t have details.”

“I have to get up to speed on Reedy Creek,” he said. “I was sorry to see us dragged into that battle. I have no idea what its ramifications are in terms of business itself. [The] state of Florida has been important to us for a long time, and we’ve been important to Florida. I don’t have details on whether we intend to do anything about it.”

RELATED: Disney Has Only a Few Months Left to Build the Walter Elias Disney International Airport at Disney World

As Chief Executive Officer of the company, doesn’t it make sense to have an idea about how he might go about rectifying such a huge issue for the company, rather than simply answering by deflecting to the idea of finding out whether the company intends to address it further?

Iger took a question from a Cast Member about the so-called “Don’t Say Gay” situation that got extremely messy between Chapek and DeSantis.

RELATED: The Disney-DeSantis Debacle is a Dumpster Fire on Both Sides, and the Stench is Disgusting

“Our LBGTQ employees are important to us–that is a given,” Iger said. “This company has been telling stories for years, and they’ve had a positive impact on the world. One of our core values is inclusion, tolerance. I think about Black Panther and Coco. We change the world for the good; that must continue. Listen to the audience, have respect for those you serve, and no disdain. We’re not going to make people happy all the time and not lessen our values to make everyone happy all the time. It’s a balance. We do what we think is right. Not everybody will agree with you. That’s not the way the world works nowadays, but we have to try to do the right thing.”

Though his answer reportedly received thunderous applause, Iger still gave no inclination to Cast Members about his stance on the handling of the situation in Florida, nor did he share anything definitive about the Company’s stance or plans going forward.

Such vagueness and deflection irritated and frustrated scores of fans during Chapek’s administration. The majority of Iger’s responses to Cast Members’ questions during Monday morning’s Town Hall meeting created more questions, left people uneasy, and even led some to wonder if the Disneyverse is up for more of that Chapek-like rhetoric–just in a different package and different flavor.

While it’s true that Bob Iger has only been out of retirement for just over a week, his tenure with the company, as well as his leadership and participation in creating the Disney of today should absolutely have already lent themselves to Iger’s ability to answer questions from the very backbone of The Walt Disney Company with some kind of direction, rather than like a politician jockeying for position on an upcoming ballot.

Only time will tell whether Iger’s directives will take on the leadership, empowerment of others, and true direction for which Iger came to be known. If that doesn’t happen, surely the Kingdom of Fandom is in for round two of Bob, this time with the last name “Iger.”

2022-11-28
+Becky Burkett
Previous: Disney to Stay Out of Politics but Not Reversing Course on “Woke” Policies According to Iger
Next: Bob Iger Addresses Controversial “Don’t Say Gay” Bill