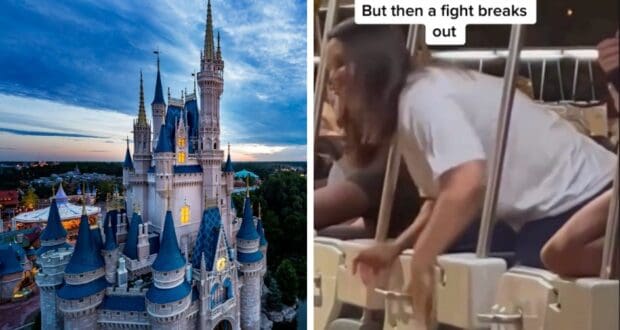 In case you’ve been avoiding Disney Park stories as of late, Guests behaving badly seems to be a recurring theme at Disney Parks lately. We get it, lines are long, temperatures are high, and people are tired. However, people just seem to have tempers that are shorter than ever, putting other Guests and Cast Members in dangerous situations where they could get hurt. Luckily, the most recent fight at Walt Disney World’s Magic Kingdom on a tram headed to the Ticket and Transportation Center did not come to blows, but that was because Cast Members quickly intervened, and one group was on a tram. 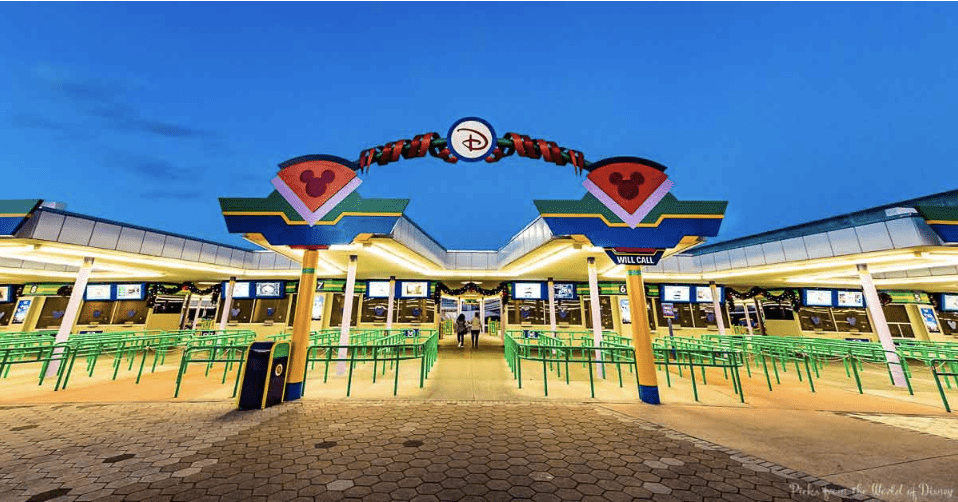 The video, shared on TikTok by Disney World Today (@disneyworldtoday), shows one group of people on the tram screaming at another group of people who are in line waiting for another tram. A man is standing on the parking tram, speaking to someone in the crowd. All of a sudden, a woman who is with the man, stands up, begins screaming, and then bangs aggressively on the parking lot tram door. The entire time, theme park Guests yell that it is not worth it, and they want to go home. A woman next to the screaming woman sits her down and tells her to stop.

Thankfully, a Cast Member was there to try to deescalate the situation and worked hard to make sure everyone stayed safe and stayed in their respective areas. You can watch the video of the argument below:

♬ There is only one Disney – Kevin The Arbiter

This is not the first fight to break out recently at a Disney Park and, sadly, it will not be the last. We recently reported on an all-out brawl that broke out in Fantasyland at Walt Disney World Resort that led to arrests and lifetime bans. There was also a fight at Disneyland while Guests waited for Fantasmic! to begin and a fight in Toy Story Land at Disney’s Hollywood Studios. Fights are an absolute no at Disney, and The House of Mouse is not afraid to ban you from its theme parks or have you arrested. If you ever find yourself in a tense situation with another Guest, simply walk away. It doesn’t matter if you are right, or they are right. Getting into a fight only accomplishes several things: It ruins everyone’s day, it ruins everyone’s Disney experience, it gets you kicked out of the Disney Park, and it can even get you banned. No fight is worth wasting all the money you spent or risking never being able to visit a Disney Park again.

2022-07-28
Krysten Swensen
Previous: More Details of Tiana’s Bayou Adventure to Be Revealed at D23 Expo
Next: Disney Dining Plan Returns, a new Festival at EPCOT, a FIFTH Theme Park at Disney World, and more news we hope is REVEALED at the 2022 D23 Expo