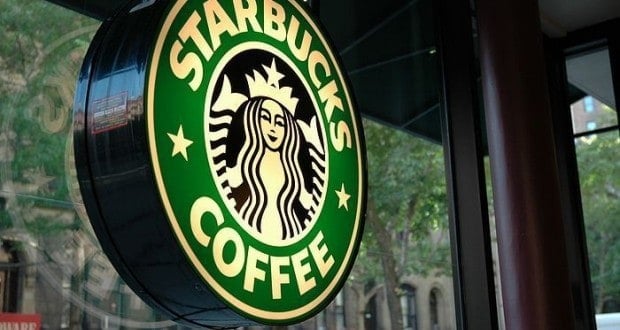 There once was a time when finding good coffee in Disney World was next to impossible. Thankfully that era is a thing of the past, because there are now several awesome coffee spots on Disney property. Whether you’re looking for an espresso beverage, a cold brew coffee, or a simple drip coffee, you’re sure to find it at one of Disney’s many coffee shops.

Of course, one of the more popular places to get coffee when in Walt Disney World Resort is Starbucks. There are actually multiple Starbucks locations on Disney property-some are within the parks, others are not, but all of them offer those delicious Starbucks beverages we all know and love. This is excellent news for us because we can kick-start our day and get through that afternoon drag much more easily with a Starbucks cup in hand.

All that said, the Disney World Starbucks locations are a bit different from your typical Starbucks. This can make for some surprises if you go in unaware.

As Starbucks fan, these are the things you really need to know about the Starbucks stores at Walt Disney World Resort before your Disney World vacation. 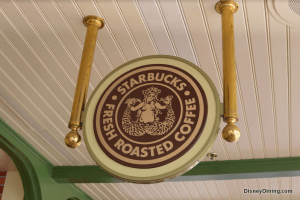 First, let’s talk a little about where you can find Starbucks stores on Disney property. This will be extremely helpful information to have when you’re in need of caffeine and don’t want to go hunting for the right place to get it.

The West Side location is the larger of the two and is home to a screen where you can see the Disneyland Starbucks location over in California, and they can see you back. While that’s pretty neat, the Marketplace location has the advantage of allowing you to order online and have your coffee delivered anywhere in Disney Springs.

As far as the in-park locations go, each one is themed to fit in with its surroundings, making them a bit harder to find. They also have different names in the parks.

You’ll be looking for the following shops:

The Magic Kingdom Starbucks is the Main Street Bakery located on Main Street, U.S.A., located on the right-hand side as you enter the park.

Epcot’s Starbucks is called Traveler’s Cafe and is a small counter located near the Refreshment Port at the entrance to the World Showcase.

In Hollywood Studios the Starbucks is called Trolley Car Cafe and can be found at the corner of Hollywood Blvd and Sunset Blvd.

Lastly, the Animal Kingdom location is called Creature Comforts and is located near the bridge going to the Africa section of the park.

Gift Cards Can Be Used

Yes, your Starbucks gift card can be used at both the in-park and Disney Springs locations. This is great news because it means you can 1) earn gift cards through rewards programs, 2) ask for gift cards as gifts, and 3) snag discounted gift cards through sites like Groupon to save up for your trip. 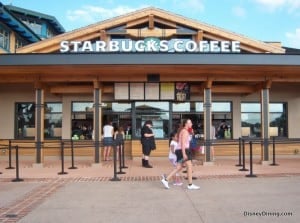 You Will Earn Points

Not only can you use your gift cards at the Disney Starbucks locations, but if you use the Starbucks app as well, you’ll also earn points that can be put towards rewards later. Again, this is fantastic news. It might even mean you leave with a consolation Starbucks Coffee drink to enjoy when you have to leave Disney World and head back home.

…But You Can’t Use Rewards in the Parks

You can use gift cards and earn rewards using the app in the parks, so you’d assume you could use your rewards there too, right? Unfortunately, this isn’t the case. No rewards can be used at the theme park locations. This includes birthday rewards as well as any rewards earned through the points system.

Fortunately, you do not have to leave Disney property to use those rewards. If you’re really aching to use a reward (or if you’re at Disney for your birthday and need to use your reward before it expires) you can always head to Disney Springs. These stores gladly redeem rewards just as any other Starbucks location would.

Related: 10 Disney World Freebies You Should Take Advantage Of

No Free Refills in the Parks

Another benefit that can’t be used at locations in Disney World parks? The free refills on brewed coffee and tea offered to Starbucks Rewards members. This actually makes sense considering the in-park stores do not have seating, meaning you wouldn’t actually be able to finish your drink in the store and return to the counter in the same visit. Still, it is worth mentioning just in case you’d planned on using that perk.

It should be noted however that, again, this limitation only applies to the in-park stores. Both Disney Springs locations do allow Starbucks Rewards members to use this perk as long as they are getting the refill before leaving the store.

Related: Our Top Tips for Saving Money on Dining in Disney World 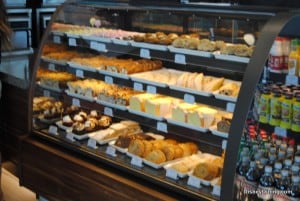 Exclusive Food and Merchandise are Available

Finally, we feel it is good to make people aware of the fact that Disney World’s Starbucks stores carry a lot of merchandise and treats that are  exclusive to those locations. Why should you know this fact going in? Well, because a lot of these things are almost impossible to resist, especially if you’re a big Disney fan and a Starbucks fanatic. Knowing in advance allows you to prepare your budget for a purchase of a pastry, mug, or Starbucks tumbler during your Disney vacation.

There you have it: everything you need to know about the Walt Disney World Starbucks stores. This information should help you better plan your visit and your coffee consumption while you’re there so you can have the best time possible.

Related: Here’s How to Order a Maleficent Frappuccino From Starbucks