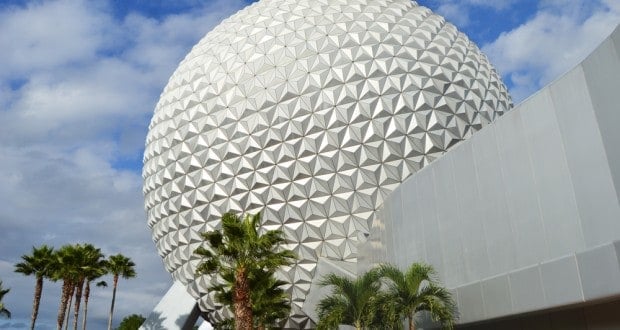 For years I have wanted to do the Backstage Magic Tour at Walt Disney World.  I always decided that it was just too expensive to add to our trips, and I kept putting it off.  With all the announcements of changes coming to Epcot I decided now or never. One of the main things I wanted to see is a backstage look at the American Adventure, and you just never know when things could change.  I am so, so glad that I finally decided to go for it and book this tour, it was amazing.  The Backstage Magic Tour is operated by Adventures by Disney, and it is a 7 hour tour that takes you to three parks and multiple backstage locations.  It also includes a table service lunch at a signature restaurant.  Here are 5 reasons to add the Backstage Magic Tour to your next vacation:

Tiffins at Animal Kingdom is a bit of an undiscovered gem.  Those who have tried it really love it, but the intimidating menu turns some guests away.  Dining here during the Backstage Magic tour gives a nice introduction to the restaurant and cuisine.  When you arrive to check in for the tour you are given a menu with several choices to select your lunch entrée.  A pre-selected dessert is also included, along with a non-alcoholic beverage.  Some members of our group did choose to order wine with lunch for which they paid out of pocket.  Our meal was very good, I chose the steak option and it had a very good flavor.  We also enjoyed the dessert.  Having a table service meal in the middle of this tour was a great break since it was a longer tour.  Also, having Tiffins as the dining location continues the theme of the Backstage Magic tour since it is filled with architecture, artifacts, and sketches that Imagineers pulled together to design Animal Kingdom.  At the end of the meal we were each given a card with a work of art from Imagineer Joe Rohde that is exclusive to this tour.

On the Backstage Magic Tour you truly feel like a VIP.  Your group is accompanied by two Adventures by Disney Guides (shout out to Pieter & Mindy).  They are knowledgeable, friendly, and fun.  Throughout the tour they do a great job presenting the history of Disney, the present-day park happenings, and tying the two together for what guests see and experience on stage.  You are chauffeured around to each location on a motor coach stocked with snacks and water.  In certain locations backstage the guides take photos of you which you are able to access and download (for free) from a website after your trip.  Between the incredible sights you get to see and the personal touches of the guides it is an unforgettable Disney Day.

3.  Backstage Glimpses in the Park

I don’t want to reveal too much so that those of you who choose to take this tour for yourself will have some of those moments of wonder that I experienced on the tour.  However, it is advertised that you will get to visit the American Adventure at Epcot, as well as the Rivers of Light in Animal Kingdom, so I’m not spoiling too much there.  I have read about how the show at the American Adventure operates many times, and this was the number 1 reason I took the tour.  I love that show, and it is now becoming one of the few remainders of the original Epcot Center.  In fact, I wanted to see this so badly that I was anxious something would happen and we would miss it.  Luckily, it is the first experience on the tour so I didn’t have to wait long, but there were some technical difficulties on the day we visited which our guides and facilitator worked hard to fix.  They handled it well and we were able to go behind the screen after a brief delay.  It was incredible.  I wasn’t expecting to be as impressed with the backstage look at Rivers of Light, but that turned out to be really interesting as well.  We were able to see where all of the barges park, learn how they are driven during the show, and we even got to go into the “command center” for both Rivers of Light and the projection shows on the Tree of Life.  In this location, as in a few others, one of the Cast Members who is in charge of this show met us to tell us all about it and answer any questions we had.

The famed Utilidoors at Magic Kingdom are included on a few of the specialty tours offered at Walt Disney World, including the Keys to the Kingdom Tour (which I also recommend).  During the Backstage Magic Tour guests get a bit more of a glimpse at this underground series of tunnels that allow Magic Kingdom Cast Members to travel efficiently around the park.  And, as Walt wanted, help preserve some of the theming in the various lands of the park—no cowboys in Tomorrowland.

1.  The Behind the Scenes Segments

Since I went in to the tour most excited about the backstage look at the American Adventure, I was a little surprised to find that the segments where we got to look behind the scene at the working portions of Walt Disney World were actually the highlights of the tour for me.  Our first “Behind the Scenes” stop was at Creative Costuming.  There was so much eye candy here I could’ve stayed for an entire day and still not have been able to see all of the details.  The walls are lined with idea boards and fabric samples, buttons and ribbons, all put together for costumes for Cast Members, Parade Performers, Characters, and more.  It was overwhelming!  There are also authentic pieces on display that inspired the various costumes, like cloth from Africa that inspired the Animal Kingdom Lodge Cast Member costumes.  We were able to see the professionals working on the costumes, the giant cutting tables, and we learned so much.  It was hard to take it all in with so much to see.  And I will not spoil the surprise, but when we walked into one of the rooms here I almost squealed out loud because my not-so-hidden Disney Geek side got so excited about what I saw there that was totally unexpected.

Toward the end of the day we visited Central Shops.  This is where all of the ride vehicles come in for regular maintenance and repairs on a set schedule.  We were greeted by one of the supervisors who went over all of their work detail, and we toured the massive building filled with vehicles from Big Thunder Mountain, Spaceship Earth, Splash Mountain, and so many more.  Then, we were taken into another section of the building where Audio Animatronics are worked on.  There. Standing tall in the middle of the room was the Polar Bear from the Maelstrom attraction in Epcot’s Norway Pavilion (RIP).  This was another geek-out moment for me.  I’m pretty sure I didn’t hear anything the guides said here.  But, I was chosen to activate the Audio Animatronics in this space (a bird and the Polar Bear), and I’m pretty sure that is a moment I will never forget.  I was like a kid in a candy shop.  This was also one of the locations where our photo was taken.

The Backstage Magic Tour was such a wonderful experience for me that I plan to do it again with my 20 year old son—and maybe this time I can retain even more of the information.  Even though the tour is open to anyone 12 years or older, because of the length of the tour I would recommend it to ages 16 and up.  Some 12 year olds, depending on their stamina and interest in Disney may also enjoy it.  The tour is not available from November 28-January 1 for the holiday season.  While the tour is pricey, it does not require theme park admission, so it is something you could add on to a day off from the parks.  There are some discounts available for Annual Passholders, etc. so be sure to ask about those if you qualify.

Have you taken the Backstage Magic Tour?  Did you love it as much as I did?