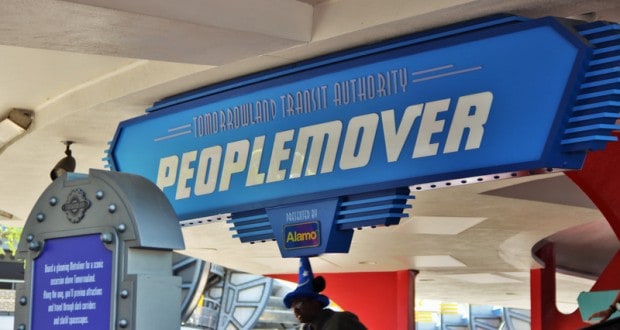 Part of what Disney insiders love about returning to Disney time and time again is visiting all their favorite spots, and doing their favorite things. Many Disney fans even call Disney ‘home’. It’s a sense of familiarity and comfort that keeps them coming back again and again. Here are 10 things that Disney insiders do on every trip, and things you should definitely consider doing on your trip too!

Disney fans and insiders make this a priority on each and every trip to Disney. Some people have to see the Country Bears on every visit, and others have to ride Space Mountain. Each person obviously has their own favorite, but a Disney trip wouldn’t be complete without a visit to their favorite attraction. A FastPass+ is ideal, but a favorite must-do attraction is worth waiting in the standby line for.

9. Have Their Favorite Snack

Everyone has their own favorite snack at Disney, be it the infamous Dole Whip, Mickey Ice Cream Bar, or any of the other multiple delicious snacks that are available across Walt Disney World. Whatever that snack might be, Disney insiders make sure they have it at least once on every single visit.

Disney insiders know how much more can be accomplished and enjoyed at the parks when you arrive early. The parks get busy by 11am, so it’s worth it to rise early and get to the parks before rope drop. A little less sleep is nothing compared to a quiet park and next to no lines for attractions.

The Peoplemover in Tomorrowland used to be a ‘hidden gem’, always without a line up. That’s not really the case anymore, it has been known to have a line on busy days, but that doesn’t deter Disney insiders from taking a spin on the TTA. This attraction is a park classic, it’s relaxing and offers an overhead view of Tomorrowland, not to mention a great view of the castle. It’s also fun to ride at night and watch the fireworks explode overhead.

You might be thinking, if you’ve met one character you’ve met them all. Or why meet Cinderella if you’ve met her before? Well that’s the amazing thing about the characters at Disney, no two encounters are ever the same. And it has been known to happen where characters will remember guests from a previous meet and greet, which is a truly magical moment.

5. Sit Back, Relax and Enjoy

Disney fans know how important it is to stop and relax for a few moments when visiting Disney. This is the only way to fully appreciate where you are, and take in all the amazing theming and details that surround you. This is difficult to do if you’re worried about packing in as many things as you possibly can at the parks. Disney insiders have learned that taking a break and basking in the magic is an essential part of the Disney experience.

Disney is always releasing new merchandise and they do a fantastic job at catering to their fans. Disney insiders love seeing what’s new in the shops each time they visit, and inevitably adding to their ever-growing Disney collections, be it pins, ears, or Tsums. There’s always something to be found in the stores throughout the parks that Disney insiders just simply must have.

As much as Disney fans love to do what is familiar, like ride the Haunted Mansion for the 500th time, they also like to try something new. Disney is always changing and adding new things, like new treats, new shows, new characters to meet and even new lands. This means there is always something new to explore. Disney insiders are enthusiastic about trying out the new things Disney has to offer, or even something that might have been there forever, but they just haven’t had a chance to try yet.

2. Stay Until the End

In the same way that Disney insiders like to arrive early, they also like to stay late at the parks. There are many reasons to stay until the end of the night when visiting the parks. The crowds tend to thin out, and the parks don’t really close when they say they do. Guests can get in line for attractions just before the parks officially close, even if it’s just 5 minutes before closing time, guests will still be able to ride the attraction. The shops also stay open later, so many insiders save shopping for the end of the night.

Fireworks never get old, especially Disney fireworks. No matter how many times Disney insiders have seen the fireworks of Epcot Forever at Epcot, Star Wars: A Galactic Spectacular at Hollywood Studios, or Happily Ever After at Magic Kingdom, they never get tired of watching the extraordinary firework shows that Disney puts on. There are also so many different places to watch the fireworks, especially Happily Ever After. Guests can watch along Main Street, behind the castle in Fantasyland, at California Grill at the Contemporary or from the Polynesian or the Grand Floridian. Fireworks will always be the most magical way to end your day at Disney.