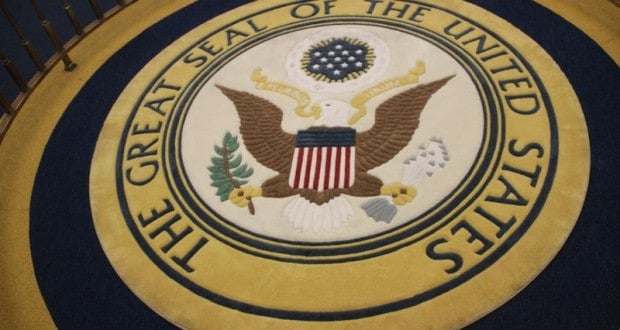 Part of the magic of a Walt Disney World vacation is being completely transported to different places in time, location, and fantasy through amazing attractions, entertainment, and experiences. This magic is made possible for guests by the Walt Disney World Imaingeers who dedicate their work to create amazing places and experiences which can bring guests everywhere from under the sea to the African savanna. The key to making all of these places and experiences seem completely real is using many secrets and details to create an in-depth story that guests feel completely surrounded by. Imagineers create these amazing experiences and stories using plenty of secrets including hidden tricks, details, and tributes which add an amazing level of detail to all of Walt Disney World. From attraction secrets and hidden tributes to inside jokes and attraction bonuses, here are ten secrets that Walt Disney World Imagineers would never tell you!

One of the most beloved attractions in all of Walt Disney World is Peter Pan’s Flight in the Magic Kingdom’s Fantasyland. The attraction invites guests to be sprinkled with pixie dust and take to the skies to soar high over London and Neverland with Peter and the Darling children. A favorite scene in Peter Pan’s Flight has guests soar high over the nighttime skies of London, passing over landmarks like Big Ben and plenty of bustling traffic below. Guests might never realize that the realistically moving traffic below is created by dots of black light paint on moving bike chains to look like traveling pairs of headlights.

9. The Speed of Space

Guests who spend time in the Magic Kingdom love to enjoy a thrilling adventure on Space Mountain in Tomorrowland. The attraction launches guests into space for a thrilling journey in near darkness through the stars. While Space Mountain might feel like a high speed adventure, its top speed is actually only twenty eight miles per hour!

A guest favorite attraction in Walt Disney World is the Haunted Mansion in the Magic Kingdom’s Liberty Square. The attraction brings guests into a stately manor house where nine hundred and ninety nine happy haunts create all sorts of eerie occurrences. One inside the mansion, guests absolutely love the iconic scene where ghosts can be found having a swinging wake in the ballroom below. The ghosts can be seen celebrating a birthday party, waltzing, and even playing an organ. Guests might think that magic creates this scene, but it is actually created using an effect called Pepper’s Ghost which features special lighting and reflections to create ghostly images.

A great secret that Walt Disney World Imagineers utilized features both the Hall of Presidents in the Magic Kingdom’s Liberty Square and Spaceship Earth in Epcot. When deigning Spaceship Earth, Imagineers needed a large amount of audio-animatronic figures and decided to reuse preexisting models instead of creating so many new ones. Imagineers looked to the Hall of Presidents and created duplicates of many of the audio-animatronics found there to help fill Spaceship Earth. Guests who enjoy a ride on Spaceship Earth today should be on the lookout for John Adams as a monk, William Taft as an Egyptian, James Buchanan as Gutenberg, and Franklin Pierce as a scholar.

Kilimanjaro Safaris in Disney’s Animal Kingdom is adored by many guests as it offers a once in a lifetime experience filled with unique animal encounters. Guests who enjoy a ride on the attraction enter into the Harambe Reserve for a safari through the forests and savannahs of Africa where animals like giraffes, elephants, hippos, lions, and cheetahs can be found. While many of the animals seem to be very close to each other and the safari vehicle, Imagineers designed the attraction with many hidden barriers and obstacles that prevent any trouble on the reserve. For instance, while the lions on Kilimanjaro Safaris may seem within close distance to the safari vehicles, there is a very large ravine between the two that keeps the lions unable to cross to the road.

One of the most popular attractions in Walt Disney World is Toy Story Mania in Disney’s Hollywood Studios. The attraction magically shrinks guests down to the size of toys and invites them to compete in a series of 3D midway games hosted by the characters of Toy Story. While guests love to compete in the interactive games, there are some whose goal is to score as high as possible and claim total bragging rights. What guests might not know is that each midway game features an Easter Egg which is a hidden series of extra points triggered by a special act. These Easter Eggs are the best way to score big on Toy Story Mania!

The Hall of Presidents in the Magic Kingdom invites guests to discover the history of the Presidential Office and learn all about the amazing individuals who helped to shape and run the country. In the lobby of the attraction, there are plenty of artifacts and historical items to peruse as well as a section of the carpet which is fenced in. This section of carpet is fenced in so that no guest steps on it as it is the official Presidential Seal which can only be found elsewhere on the carpet of the Oval Office.

Kali River Rapids in Disney’s Animal Kingdom allows guests to set off down the Chakranadi River for a thrilling and soaking journey. The attraction aims to teach guests about the devastation of illegal logging and features an intricately themed and detailed queue that helps to set the story for the experience to come. While moving through the queue of Kali River Rapids, guests might notice a series of paddles with random letters and numbers carved into them. While they might seem random, the letters and numbers represent the initials and birthdays of Imagineers who worked on the attraction.

Guests who are looking to enjoy a laugh while in Walt Disney World definitely should stop by Muppet Vision 3D in Disney’s Hollywood Studios. The attraction features a 3D film filled with hilarious jokes and general chaos like only the Muppets can create. Just after entering into the building, guests should look to their right to spot an office which has a sign on the door saying that they will return in five minutes. The sign also indicates that the staff left a key under the mat and sure enough guests will find one if they lift up the mat!

Also found in Disney’s Hollywood Studios is a thrilling adventure that brings guests directly into the Star Wars universe. Star Tours – The Adventure Continues allows guests to embark on a routine Star Tours flight which soon takes a thrilling turn when it is discovered that a Rebel Spy is on board. With randomized 3D scenes featuring familiar characters and locations, guests will love the adventure that leaves them all members of the Rebel Alliance. While waiting on the queue of Star Tours – The Adventure Continues, guests should listen for a page searching for an individual named Egroeg Sacul which is actually George Lucas spelled backwards!

2016-08-19
Caitlin Kane
Previous: Disney Parks Moms Panel is Searching for More Moms
Next: 10 Things You Know ONLY If You Are A Walt Disney World Fan