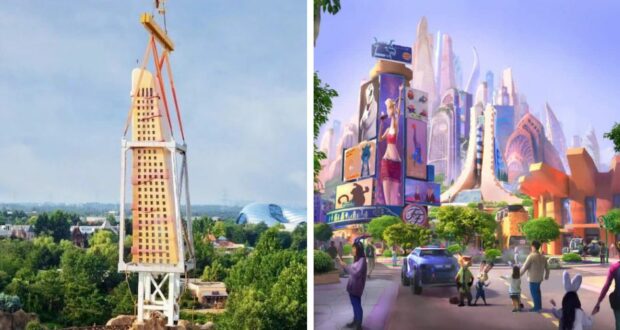 In 2019, Disney announced that it was bringing a first-of-its-kind land to the Shanghai Disneyland Resort. The land would be themed after the hit 2016 animated film Zootopia. Zootopia starred Ginnifer Goodwin and Jason Bateman and told the story of Judy Hopps (Goodwin) — a rabbit who moved off of her family’s farm and to the city of Zootopia so that she could become a police officer. On one of her first days, she encounters the shady conman Nick Wilde (Bateman) and the two end up having to team up to save the city.

Disney has not given an official opening date for Zootopia land, but they are hoping to have it completed in late 2022 or early 2023. And the land seems to be coming together and finally looking like Zootopia! Morgan Lee Richardson (@MRichardsonArt) shared images of skyscrapers being lifted into the Park to be installed in the new area.

Shanghai Disney Resort just released these great construction photos of the Zootopia city skyline. We spent so much time going over 3D and physical models of different scales to get these site lines perfect. The staging is great and I promise the view will be stunning!🦊🐰

Shanghai Disney Resort just released these great construction photos of the Zootopia city skyline. We spent so much time going over 3D and physical models of different scales to get these site lines perfect. The staging is great and I promise the view will be stunning!🦊🐰 pic.twitter.com/MEWS4Kfqd4

Guests will be invited to experience the mammalian metropolis of Zootopia “where anyone can be anything,” with a new major attraction that will seamlessly blend Disney storytelling and state-of-the-art technology to bring this fan-favorite movie and its characters to life – including Judy Hopps and Nick Wilde. Entertainment, merchandise, and food and beverage offerings will invite guests to fully immerse themselves in the Academy-Award-winning animated movie. 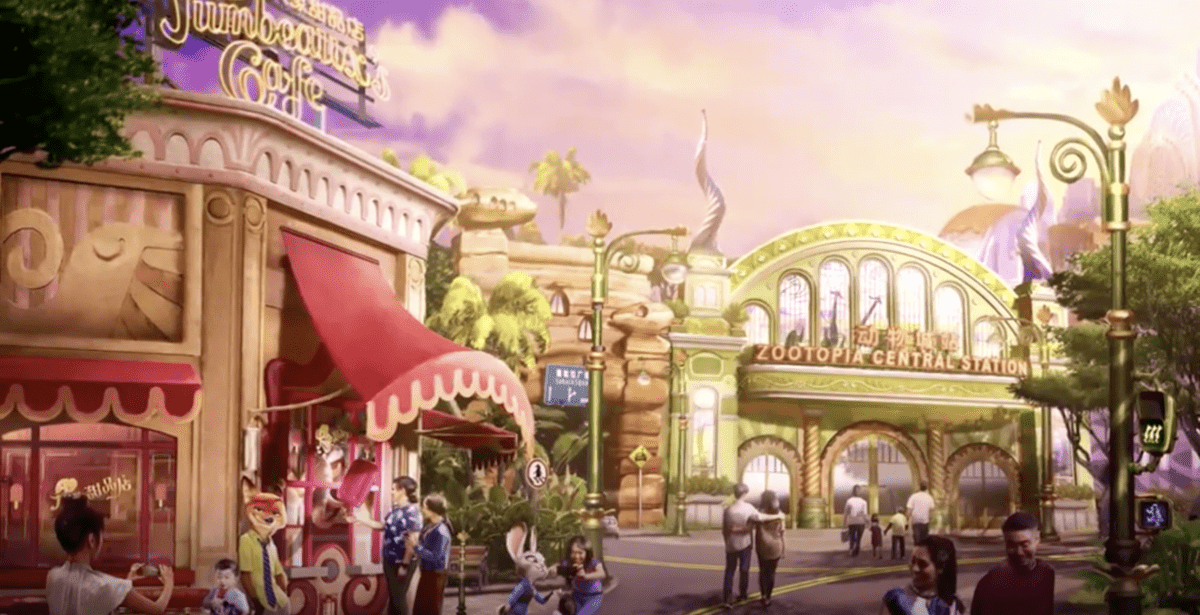 Shanghai Disney is not the only theme park getting a brand-new land. Arendelle: World of Frozen is currently being constructed at the Hong Kong Disney Resort. Bringing the world of Zootopia to the Shanghai Resort makes complete sense, as Zootopia broke box office records when it was released in China and still holds records for one of the most successful animated films the country has seen.

There is also a plan to potentially bring a Zootopia-themed to Disney’s Animal Kingdom Park at Walt Disney World Resort, but specific plans have not been revealed, and the area may not be open until 2029.