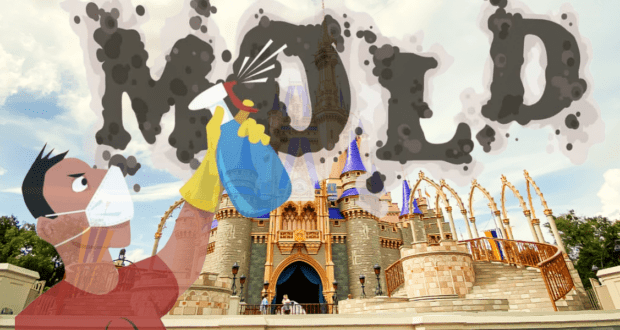 Mold is a curious thing: it only needs warm temperatures, shade, and moisture to grow. While technically it also needs a food source, it’s easily adaptable and can feed on anything from human food to paint. For the most part though where you have a warm wet area, you have the perfect storm for a mold infestation. Disney World has all of this and more. From near daily rain to excessive humidity, dry isn’t a word you’d use to describe the resort. Something more insidious though creates an even greater risk for mild growth: air conditioners. It’s common for a/c units to leak or drip condensation and vents are notoriously dark places that provide plenty of shade perfect for mold growth.

“But wait, you said mold needs warm temperatures and air conditioning is hardly warm.” True. I did say that. Warm, however, is a relative term. For mold, warm is anything above 40° Fahrenheit. Not even Disney can afford to blast constant a/c colder than that.

It seems these conditions have caused an infestation at one of Magic Kingdom‘s most popular rides! Reddit user, u/zerovector_518 posted a photo on the social media site asking if anyone else had noticed green mold growing on the vents in the Space Mountain queue. Many chimed in saying they had. 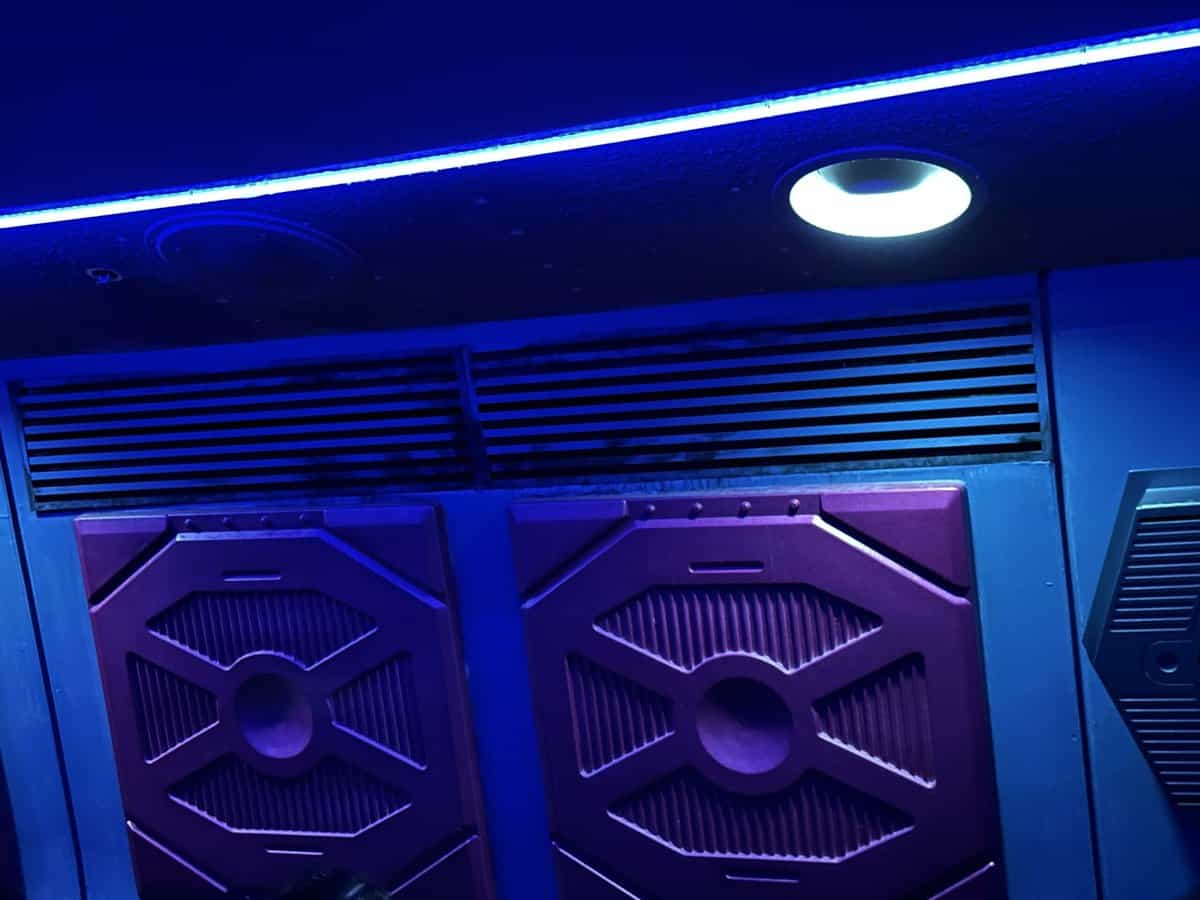 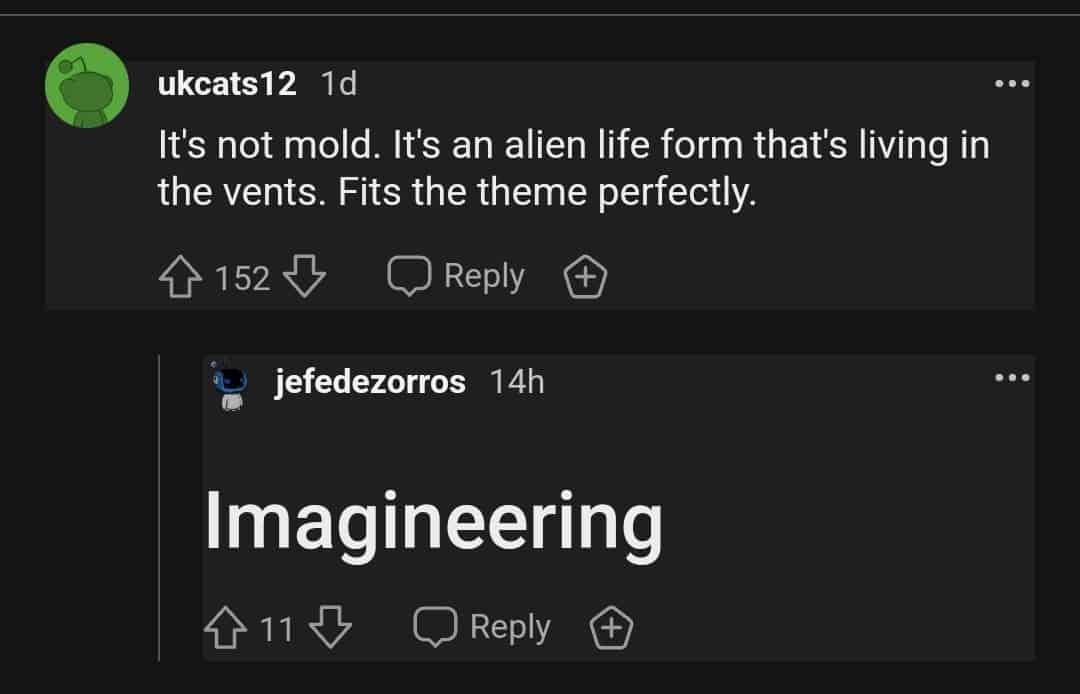 The mold, as Redditor u/zerovector_518 pointed out, is likely due to the fact that the queue wasn’t designed to be enclosed. Space Mountain’s line used to be open to the dome rather than sectioned off like it is. If the A/C wasn’t retrofitted for the smaller space then it would produce an over abundance of condensation and thus, a mold issue. 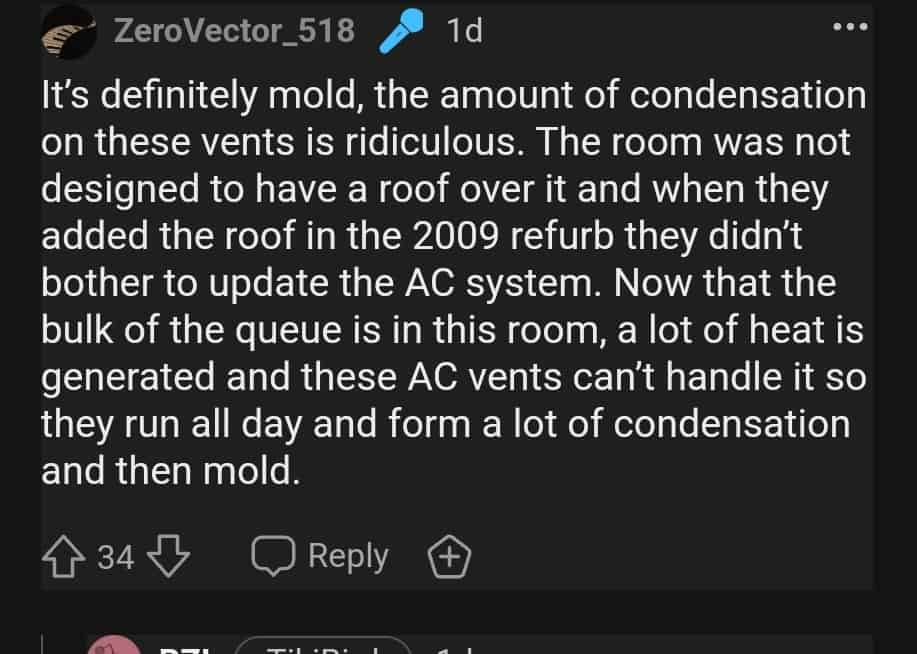 This isn’t the first Disney World attraction rumored to have a mold infestation. We reported not long ago that The Voyage of the Little Mermaid theater at Hollywood Studios is rumored to still be closed from the shut down due to a mold infestation. Stay tuned right here for updates as they happen about these attractions and all of the latest news and more!