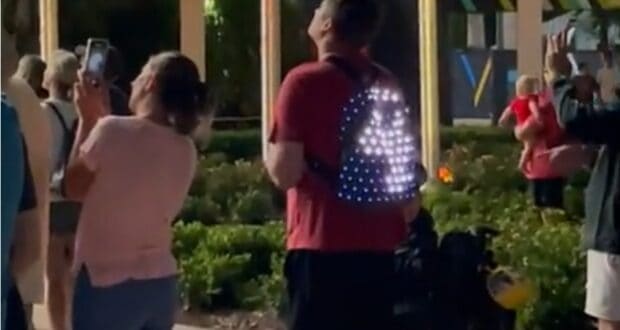 Disney fans are capable of some amazing creations. Just take Nathan, he’s created a backpack that is unlike anything you’ve ever seen. As EPCOT super fans, we’re geeking out pretty hard over this one: his backpack has LED lights that actually sync with the light show on Spaceship Earth! What!?

Twitter user @countrybearsam caught a video of the backpack in action. Take a look:

i want to become best friends w this dude who has a spaceship earth backpack that syncs to the beacon pic.twitter.com/nvUpQSmrat

Amazing right? You can own one yourself too! Nathan currently has an Etsy shop where he sells them for $300. Originally, he only made 2. They are currently sold out but he is making more and he will update his social channels when they are available! Find him on etsy here, instagram @spaceshipearthbags and twitter @nathanbacon87! How cool would it be to get a group of friends together with these and light up the night? 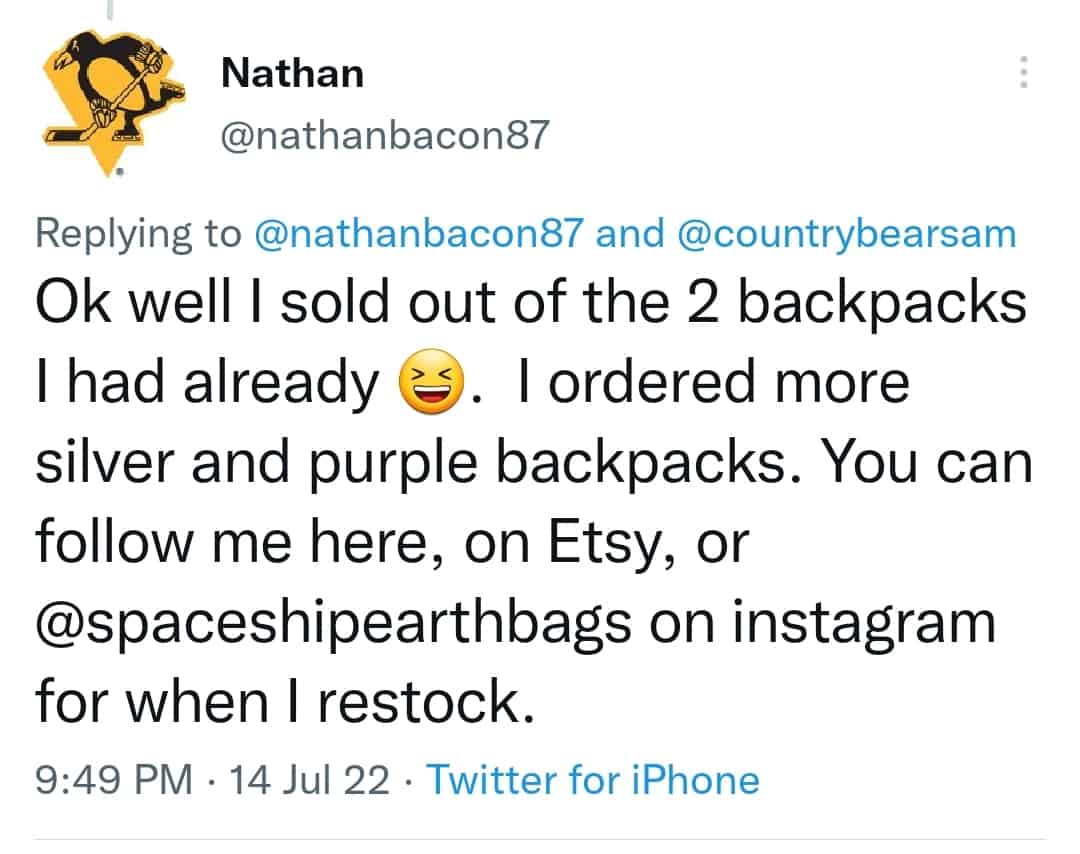 We also found him Reddit where he discussed his inspiration and how he made the bag. He credits redditors /u/SeanBBQsmoke and /u/dffigment with the inspiration and tutorial. The bag is run by Adobe After Effects and LED Edits which is pretty incredible. He says, “It was all very confusing to work with these softwares I had no experience in, but I’m very satisfied with how it turned out”. We’d say this is definitely an accomplishment to be proud of! His mentors seemed to agree. Dffigment said “WOW! You made my dreams come true of what I eventually want to get to with the bag. That’s so beautifully done!! And no experience with the software? That’s even more impressive!”

At Home Imagineering is a passionate hobby for many Disney fans. From Little Mermaid magic to a full scale recreation of the Haunted Mansion Disney fans are capable of amazing things. There’s even entire Facebook groups devoted to sharing Disney DIY ideas. Have you ever tried your hand at imagineering from home? Let us know what you made and how it went in the comments!