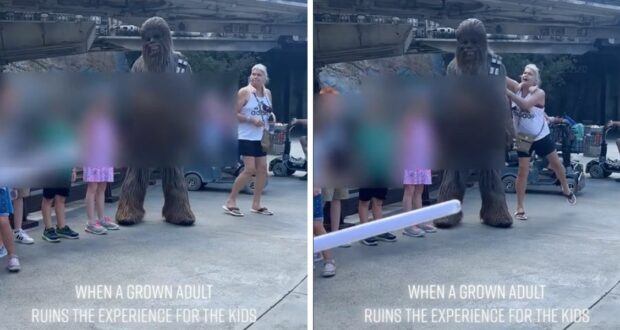 For many people, one of the highlights of a trip to Walt Disney World Resort is all the fun characters that they can meet at Magic Kingdom, Animal Kingdom, EPCOT, Hollywood, Studios, and Disney Resort hotels. Not only can you meet classic characters like Mickey Mouse and Donald Duck, but you can also head to places like ‘Ohana at Disney’s Polynesian Village to meet Lilo and Stitch or to Galaxy’s Edge to meet Star Wars characters like Kylo Ren, Rey, and Chewbacca. 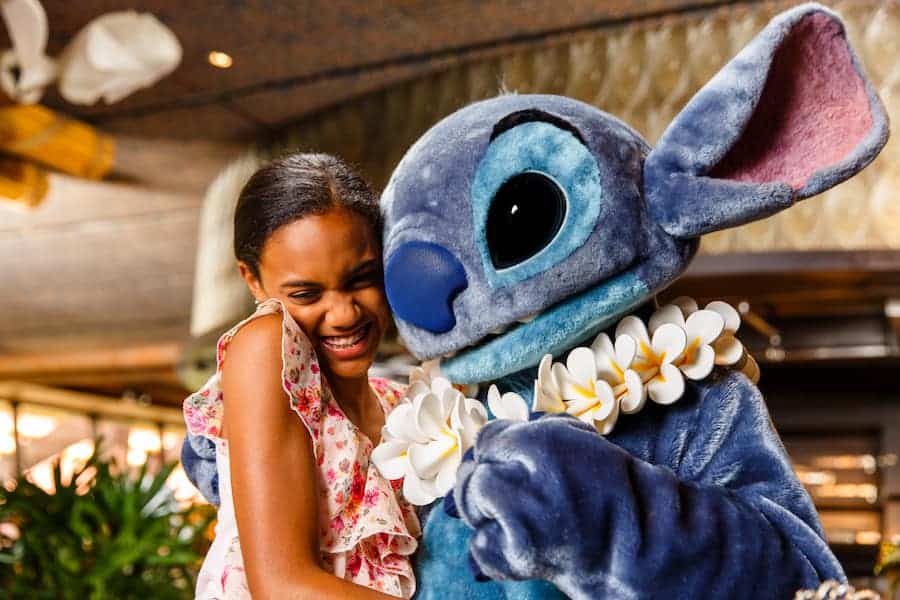 Even though seeing one of your favorite Disney characters brought to life is an exciting experience, most people know how to act appropriately and control themselves. When they see the character, they get in line, then hug and spend time with the character when it is their turn. Simple.

Now, there are some times when characters don’t set up in a certain place at a certain time. Instead, they walk around greeting Guests. One place where this happens frequently is Star Wars: Galaxy’s Edge in Disney’s Hollywood Studios. Galaxy’s Edge transports Guests to the planet of Batuu, which is a completely immersive place. To keep things realistic, iconic characters are frequently seen walking around instead of just posing for meet-and-greets. 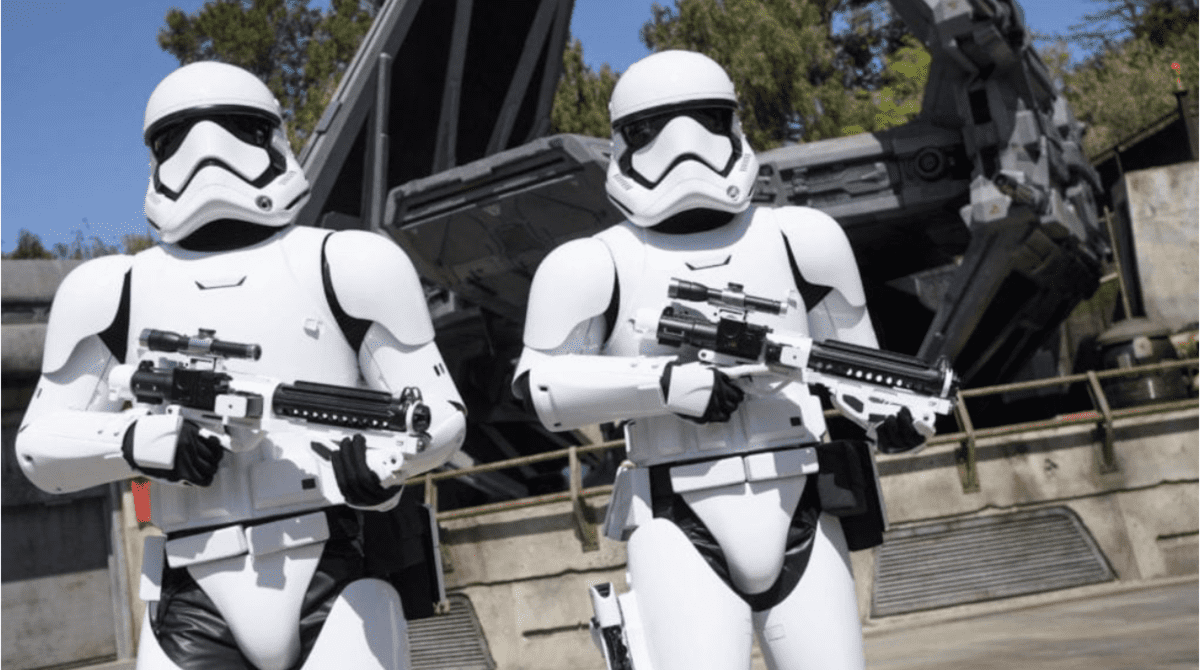 Recently, young Guests visiting Galaxy’s Edge were having a fun interaction with Rey and Chewbacca. Rey was talking to the kids as Chewbacca looked on when someone unexpected and completely against Disney policy happened.

A Guest was recording, and a woman can be seen sneaking up behind Chewbacca. The woman then yells and shoves Chewbacca — seemingly trying to startle him. Both the Cast Member playing Rey and the Cast Member playing Chewbacca were shocked. They immediately stopped what they were doing and Rey said, “because of that, we might have to leave the area”. They then walked away, leaving the kids confused as to what had happened.

You can watch the video of the incident below:

Many people who commented on the video were 1) angry and 2) quick to point out that what the woman did could end up getting her banned from the Parks if Disney finds out who she is.

Walt Disney World Resort has the following policy stated on the Property Rules section of its website: 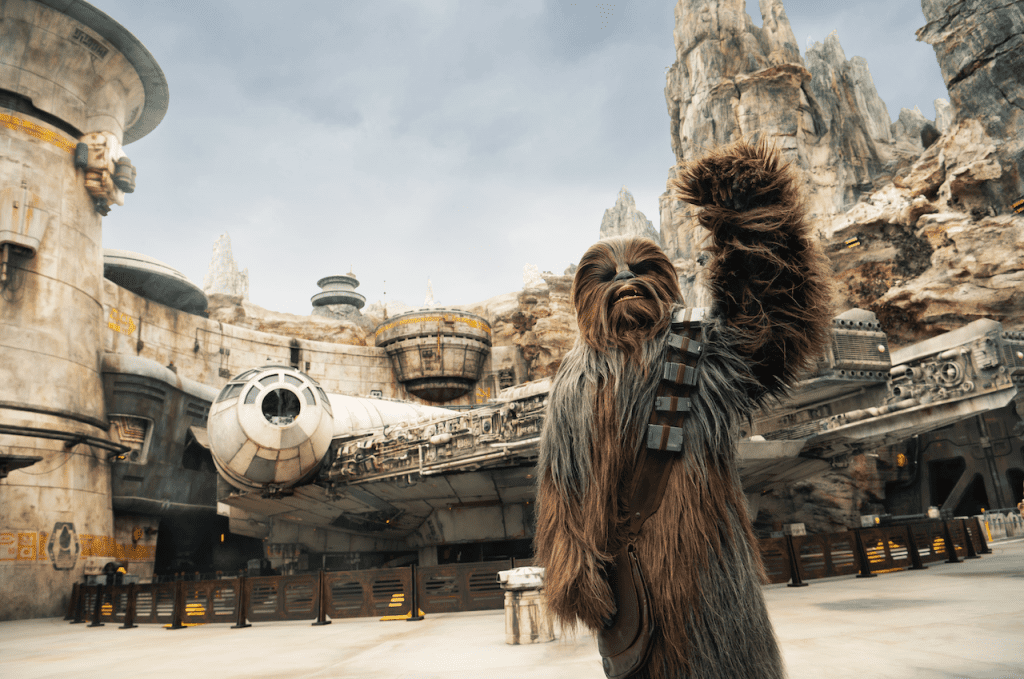 After the woman touched the Cast Member and is walking away, it appears that a Cast Member can be seen gesturing her away from Chewie and Rey, but it is unknown if the Guest was disciplined for her actions.

2022-10-11
Krysten Swensen
Previous: Price Increases at Savi’s Workshop and Droid Depot
Next: Famed Actress Angela Lansbury Passes Away at the Age of 96