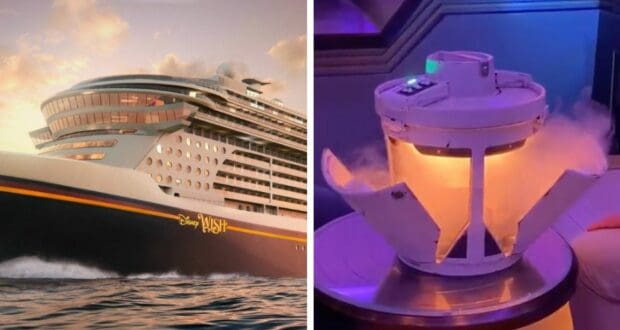 On June 29, fans around the world watched in amazement as Disney Cruise Line christened the newest ship in its fleet, the Disney Wish. The ship joined an already impressive fleet that consists of the Disney Wonder, the Disney Dream, the Disney Magic, and the Disney Fantasy. Not long after the christening, media Guests were invited onboard for a 3-day cruise, during which time they could see all of the incredible things the Disney Wish had to offer. One of those things was an exclusive bar area called Star Wars Hyperspace Lounge. 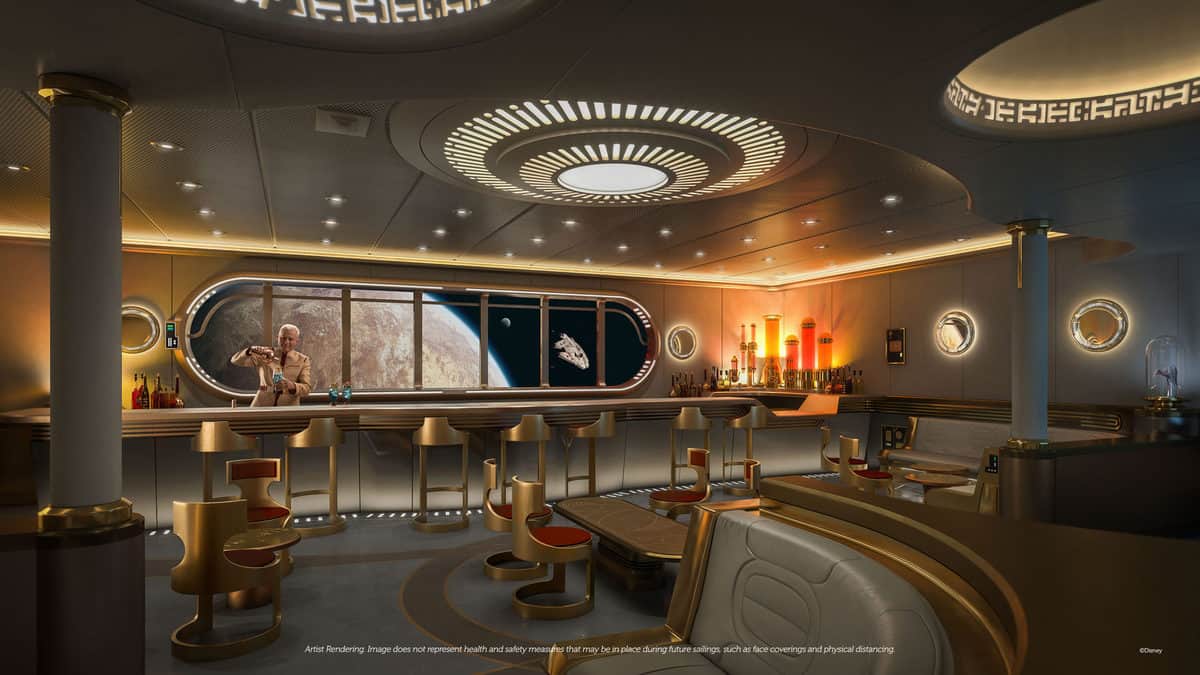 While the Hyperspace Lounge is full of incredible details that only Disney could create, it was not the Lounge’s beauty that got people talking — it was an out-of-this-world drink. The drink is called the Kaiburr Crystal, and it will set Guests back an astonishing $5,000! At first, Guests struggled to get the Hyperspace Lounge bartenders to reveal what made the drink so expensive, but now we finally have answers. You can see the impressive drink below in a video shared by Ashley Carter on Twitter.

The most expensive drink in the galaxy. The Star Wars Hyperspace Lounge on the Disney Wish has a $5,000 Kaiburr Crystal drink.

The most expensive drink in the galaxy. The Star Wars Hyperspace Lounge on the Disney Wish has a $5,000 Kaiburr Crystal drink. pic.twitter.com/ZcUp3yt0RI

First and foremost, the Kaiburr Crystal is not just one drink. Guests are given four silver-plated glasses that they get to keep, and in the glasses is a cocktail that consists of the following: Now, this drink actually comes with a heck of a lot more than just the cocktail. Guests who purchase the Kaiburr Crystal also receive the following gifts as part of their purchase:

What makes the Skywalker Ranch visit so incredible is that tours are not available to the public. If you purchase the Kaiburr Crystal, you will be one of the few people to see the Ranch in person!