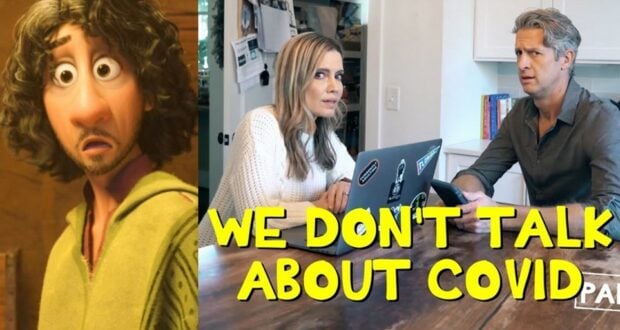 If you’re a Disney fan, there’s no doubt you’ve either watched or have heard multiple takes on Disney’s newest animated film, Encanto. The film was initially released in the theaters and is now available to watch on Disney+. Encanto’s stunning animation and music have Disney fans infatuated, with awards flooding in for the new movie. But, there is one song that is especially catchy from Encanto – yep, you know it… “We Don’t Talk About Bruno”. So, of course, a parody of the popular song is rather fitting.

RELATED: Here’s How Disney’s ‘Encanto’ Breaks Every Disney Mold in Storytelling So Far

One of the most popular characters in Encanto is what seems like the villain at first but later is discovered to be a key part of the magical family. Yes, we’re talking about Bruno! His special gift has kept him hiding away for several years and his family pulls together a song literally talking about Bruno…. but called, “We Don’t Talk About Bruno”.

RELATED: We All Owe An Apology to Bruno, and His Sister Pepa Should Go First

And while the Encanto family tries not to talk about Bruno, it seems like if you apply that to today, the big hush that has everyone in talks on social media, news, and beyond is COVID. Even though we’re almost two years in since the major COVID-19 closures began in March 2020, today, cases of the Omicron variant are just as high as ever.

So how are Encanto and COVID linking up here? Well, a new catchy parody is taking over social media!

Chances are if you’re on social media, you’ve seen videos from the Holderness Family pop up on occasion. Kim and Penn Holderness are known for dishing out funny music videos that display what many young families are experiencing at the present time. The best part… the Holderness Family does it with a little dose of humor. They say the point of their videos is to “create original music, song parodies, and skits to poke fun of ourselves, the world we live in, and (hopefully) make you laugh.”

The Holderness Family’s latest video is “We Don’t Talk About COVID” which is a “We Don’t Talk About Bruno” Parody from the ever-so-popular Disney’s Encanto. The video was posted with the note, “It’s the elephant in the room… and it’s weird, right? #encanto #parody #bruno.” Check it out below: 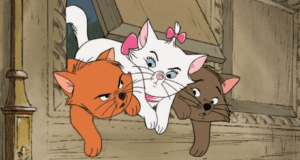