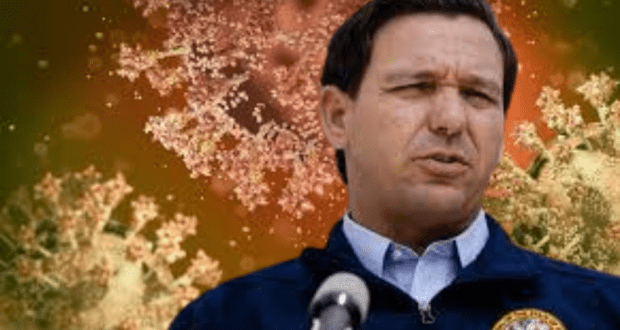 Florida Governor Ron DeSantis has just confirmed that the Food and Drug Administration has approved the state’s request regarding one million COVID-19 tests that are currently being held in a state warehouse in Florida.

According to The Orlando Sentinel, The request has do to with an extension of the tests’ expiration date: Florida has requested that the FDA extend the expiration date of the one million tests to the end of March 2022, though the initial expiration date on the tests was December 31, 2021.

Orange County, Florida, where the Walt Disney World Resort is located, is still waiting on a request it made to have 100,000 COVID-19 tests at its disposal, according to spokesperson Kelly Finkelstein. In Orange County, positivity rates on COVID tests continue to rise–now at 42%–and individuals are waiting in testing lines for as long as three hours.

During a news conference today in Bonita Springs, Florida, Gov. DeSantis defended the state’s decision to not distribute tests to local governments before December 31.

“For those three months, [there was] almost zero demand in Florida for testing,” DeSantis explained.

DeSantis says that the distribution of the newly-made-valid tests will be “contingent on demand.”

“If there wasn’t a lot of them [going] out, it was because people weren’t asking for them before,” DeSantis said further. “So I can’t say that there’s a guarantee. But I think that you have a lot higher demand for testing right now. And so my sense is, is that there’s going to be enough requests to at least get a lot of those out the door very, very quickly.”

This news comes on the heels of a new testing guidelines document put forth by the State of Florida regarding which individuals are appropriate for testing, but those guidelines deviate from guidelines set by the U. S. Centers for Disease Control. According to DeSantis and Florida’s Surgeon General, Joseph Ladapo, there is “high-value” COVID testing and “low-value” COVID testing, citing “sensible public health.” The seemingly stock-piled COVID-19 tests first entered the spotlight just before the new year when Nikki Fried, Florida’s Agriculture Commissioner, said she had been told that a large number of available tests were on the verge of expiring. But Florida’s Department of Health spokesman Jeremy Redfern fired back, tweeting “Nikki Fried needs to turn on that blinker and get back in her lane.”

RELATED: Florida Gov. DeSantis blames the federal government for rise in COVID cases and for long lines at testing centers

Then on January 6, 2022, the Department of Emergency Management for the Sunshine State’s Kevin Guthrie gave confirmation that 1 million available tests were not handed out to counties because “there was no demand” for the tests. Since the beginning of the year, lines at testing sites have been long and have continued to grow as more and more Floridians have become sick from COVID-19 infections, as evidenced by the uptick in the state’s new daily COVID cases and subsequently, in its 7-day average for new cases.

The FDA approved the extension of the tests’ expiration date by updating their EUA, or emergency use authorization, according to the Miami Herald and Tampa Bay Times. The manufacturer of the tests proved that the kits would be safe to use and stable for up to 15 months, so long as they were stored at room temperature.

“I am glad that we were able to bring the truth to light and help facilitate the extension that’s been granted so these tests won’t go to waste to the detriment of the people of Florida,” Nikki Fried said in a statement. “I urge the DeSantis Administration to distribute these tests immediately to counties, nursing homes, and our schools. I again call for the Governor to stand up state-sponsored testing sites and partner with the federal government to provide critical resources to address Floridians’ needs during this public health crisis.”