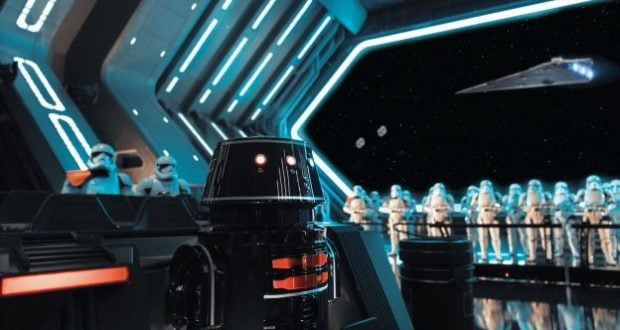 Yes, you read that right! News is coming out of Walt Disney World Resort, as it has been announced that the popular attraction, Star Wars: Rise of the Resistance, at Disney’s Hollywood Studios will be pausing its virtual queue process soon, allowing for a standby line experience. Keep in mind, this pausing of the virtual queue boarding group for Rise of Resistance is currently only noted to take place at the one Disney Park – in Star Wars: Galaxy’s Edge at Disney’s Hollywood Studios – as the virtual queue for Disneyland’s Rise of the Resistance remains.

We have recently seen slight updates on the My Disney Experience App and the Disneyland App for the Rise of the Resistance boarding pass. Most recently, Disney updated its app to include a slight change to the Resistance boarding group process where your party could be pre-selected and confirmed. The update was nice because it no longer required Guests to click through all the checkboxes of people in the travel party unless they were to tap “change party”. Simply tapping “join virtual queue” made the process better. There have still been some moans and groans however as not many seem to enjoy the virtual queue process. With no normal standby line offered for the extremely popular attraction, however, it was a must-do to get on the incredible attraction. Well, it looks like very soon, Disney is PAUSING the virtual queue… so you’ll get to sleep in past the 7:00 am boarding group time and not stress out again at 1:00 pm if you missed getting a boarding group number at the 7:00 am slot!

As noted via the Walt Disney World website: “Virtual Queue Paused Beginning September 23, 2021: Beginning September 23, 2021, use of the virtual queue will be paused at Star Wars: Rise of the Resistance. Guests may experience the attraction using a traditional standby queue. Availability of a standby queue may be limited and is subject to change at any time without notice. The virtual queue may be used again at a later date or from time to time. Experiencing the attraction is not guaranteed. Check the My Disney Experience app before your visit to learn whether a virtual or standby queue will be required or available on the date and time of your visit. Virtual Queue Required through September 22, 2021: Through September 22, 2021, Guests are required to join the virtual queue to experience Star Wars: Rise of the Resistance. A standby queue is not available. The virtual queue is limited and subject to availability.”

Why is Disney making this Resistance ride change all of a sudden? Our best guess is that the change likely has something to do with the “Disney Genie“ which seems it will be inevitably arriving soon with new signs popping up throughout the Theme Park. With this new program, we are now going to be charged for the former complimentary Fastpass program with a new upcharge called the “Disney Genie+”. This upcharge will get you on the less popular Walt Disney World Resort attractions for one set fee per day. BUT – if you want to get on the really popular attractions by skipping the line, you can pay to ride with Disney Genie’s new “Lightning Lane“. How does the “Lightning Lane” affect the Rise of the Resistance virtual queue system? It’s been previously shared that if you can’t snag a boarding group before they are all gone for the day, you can buy your way onto Rise of the Resistance with the “Lightning Lane”. Disney has yet to release the cost of the Lightning Lane rides.

So, basically, when it comes to the Disney Genie – we’re still trying to figure it all out and waiting on the edge of our seats for Disney to announce more about Lightning Lane attraction access including pricing and details. With this update about the standby line coming to Star Wars Rise of the Resistance, it looks like EPCOT’s newest attraction, Remy’s Ratatouille Adventure, which opens on October 1, 2021, will be the only virtual queue offered at Walt Disney World. That is… unless Disney decides to change that virtual queue process as well? Hang in there with us Disney fans! We’ll keep you posted as Disney hopefully shares more details soon enough.