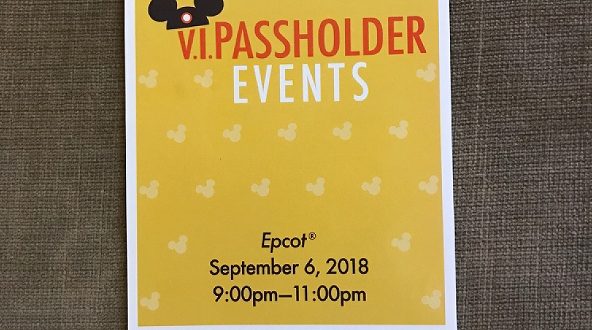 A couple of months ago Disney announced a free extra for some levels of Annual Passholders. Three V.I.Passholder Nights would be held. The first took place at the Magic Kingdom on August 5. The second and third were both for Epcot. The second one was held on September 6, and the third one will be held on October 25. When registration opened the spots went quickly, all three events were full within a few hours. Passholders could pick one of the three. My daughter and I attended the event on September 6 at Epcot.  After the Magic Kingdom event I was able to find little information on what had taken place, so I thought I’d share our experiences.

There aren’t any extra frills with V.I.Passholder Nights. It isn’t like Mickey’s parties where you’ll find extra characters, and there aren’t any freebies or giveaways. That’s perfectly fine, because what we experienced was a nearly empty Epcot. Wristbands were required to attend the event. They were available from 4:00 until 9:30. That was easy and well organized. A friendly Cast Member scanned our MagicBands. We had our IDs in hand, and that was good enough. We entered the park at about 8:45 and decided to find a good spot to watch IllumiNations: Reflections of Earth. This took up about a quarter of our two hours, because we not only watched the show but then we were caught in the crowd as people left the park. It was still worth it, IllumiNations always is.

We then made our way over to Soarin’, and immediately saw the benefits of the event. How often is such a popular ride walk on? The Cast Members seated most people in the middle section, which is where you have the best view. What was interesting to me is that since the ride was filled with Passholders, everyone knew what to expect. There wasn’t the normal anticipation that you’ll experience from others on the ride, but it was still as breathtaking as always.

Most of the restaurants were closed for the event (The Food & Wine Global Marketplaces were open) but Sunshine Seasons had grab and go and bakery items available. One of the selections was a Passholder cupcake, which proved quite popular. We decided to skip the Food & Wine parts for the evening, since we’re local and we’ll be back many times before this year’s festival wraps up. The Festival Center was open.

Next we decided to walk across the front of the park to Future World East. We ended up stopping by the Fountain of Nations. A dance party was taking place, with a DJ on the stage. It was a typical Disney dance party (no characters), and everyone seemed to be having a great time. Test Track was next for us. As we got in line, we realized that we had less than an hour left of the two hour event. The posted time said 30 minutes, but it was a little less than that. When we got off the posted Wait Time was down to ten minutes, which is something that you rarely see for Test Track.

Even though the time was ticking away, we walked around a little bit because it was nice to see such an empty park. We knew we had time for one more thing. We decided to ride Spaceship Earth. It was also walk on. When we got off it was a couple of minutes after 11:00, which meant that the event was officially over. Our V.I.Passholder Event was well run and a lot of fun. The wristband system worked flawlessly, they were checked at each ride. We ran across many friendly Cast Members, who didn’t seem to mind that they were staying later than normal. The main thing that surprised me was how fast the time went. This was a nice bonus that Disney gave to us as Passholders. Here’s hoping that they plan more fun surprises in the future. 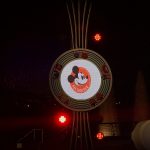 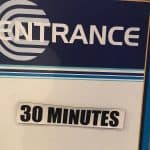 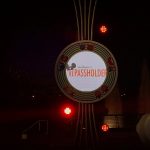 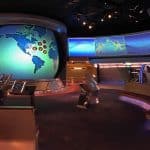 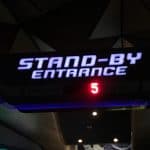 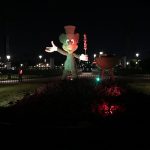 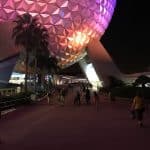 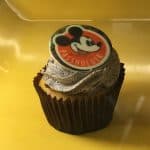 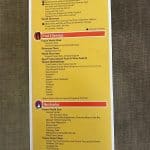 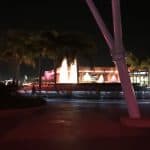 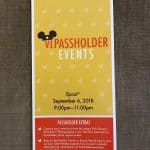 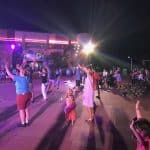 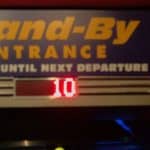 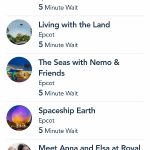 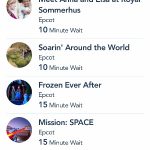 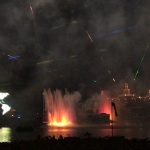 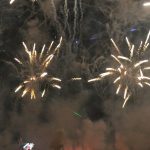 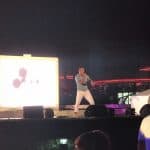